Blog - Latest News
You are here: Home1 / Article Archive2 / I was there3 / Rod Stewart and my first solo 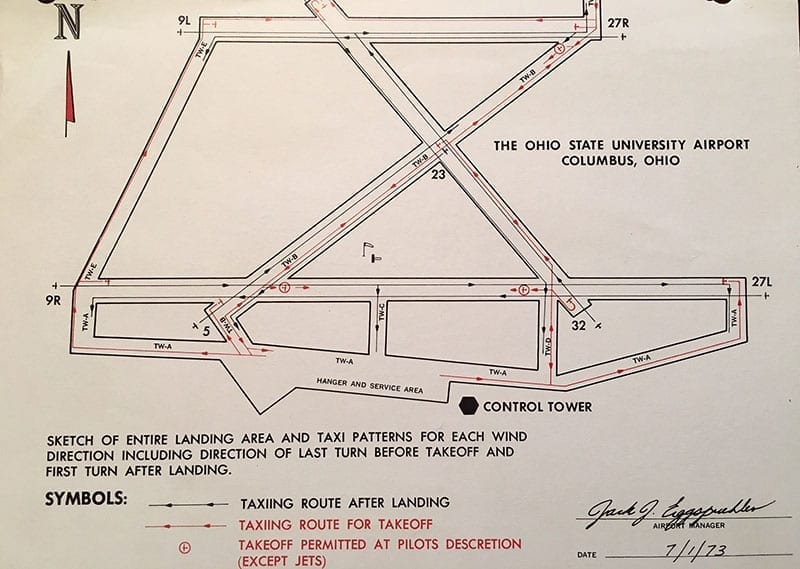 The first solo is an event remembered clearly by most of us. This summer marks the 40th anniversary of that seminal event for me. As the years have blurred many of the details, two aspects remain crystal clear.

My goal in the summer of ’79 was to start my flight training, and solo before my 17th birthday in August. I managed to achieve that through The Ohio State University’s Flight Training Clinic, and the skill, effort, and seemingly endless patience of my flight instructor. I learned in one of OSU’s brand-new Cessna 152s, which were equipped with similarly brand-new, but decidedly less well thought of, ARC nav/coms. Occasionally, while on downwind for the north runway, these wonderful radios would suffer bleed-through from a nearby commercial radio transmitter.

So, that is how, while on my first solo downwind, drenched in sweat, and trying mightily not to do anything stupid, I was greeted by Rod Stewart, singing through the cabin speaker: “Do Ya Think I’m Sexy?” I did not think he was, and the fact that he was asking me that question only served to add an element of absurdity to the frightening reality at hand.

They taught me the airport diagram, but what about Rod Stewart?

I was hearing my CFI’s incessant calls for “Fly the airplane!” and “Watch your airspeed!” Unfortunately, at this moment, his voice in my head was in competition with Rod: “Come on, sugar, let me know.” To this day, when that song pops up on some oldies playlist, I pause briefly before reflexively reaching to change the station, and think about that flight.

Having somewhat successfully completed the requisite touch and go’s and full stop, I taxied back to the ramp. During the process of shutting-down, I began to feel a little bit like a guy on his birthday, with the expectation that a surprise party may well be awaiting him behind every closed door, and around every corner. I was aware of all of the time-honored first solo congratulatory rituals. Would it be champagne (probably not for a 16 year old), shirt-tail cutting and firm handshakes from all airport personnel?

Strangely, as I walked inside the flight school, I saw no evidence of any of this. I made my way to my CFI’s office, where I found him hunched over some paperwork at his desk. He looked up, and we had this memorable exchange: “How’d it go?” I replied that it had gone well. “Good. Let me have your logbook.” After he scribbled an entry, he left me with these parting words: “See you tomorrow.”

Trudging out to the parking lot, I paused at the fence, and looked at the airplane I had just flown… by myself! I may not have been aware of it then, but in retrospect, I was learning a lesson about this avocation. Flying, pleasure flying certainly, is a largely personal pursuit. We share the experience of flying with others, but the satisfaction we feel after a well-executed flight is ours, and ours alone. So, even though my parents were not all that impressed at my news (they had been through this with my older brother a few years earlier), my girlfriend just thought the whole thing was insane, and there was no social media through which to trumpet my accomplishment, it didn’t matter to me. I knew what it had taken for me to reach that goal.

Reader question: what do non-pilots ask when they learn you fly?
Scroll to top