Blog - Latest News
You are here: Home1 / Article Archive2 / I was there3 / My first in-flight emergency 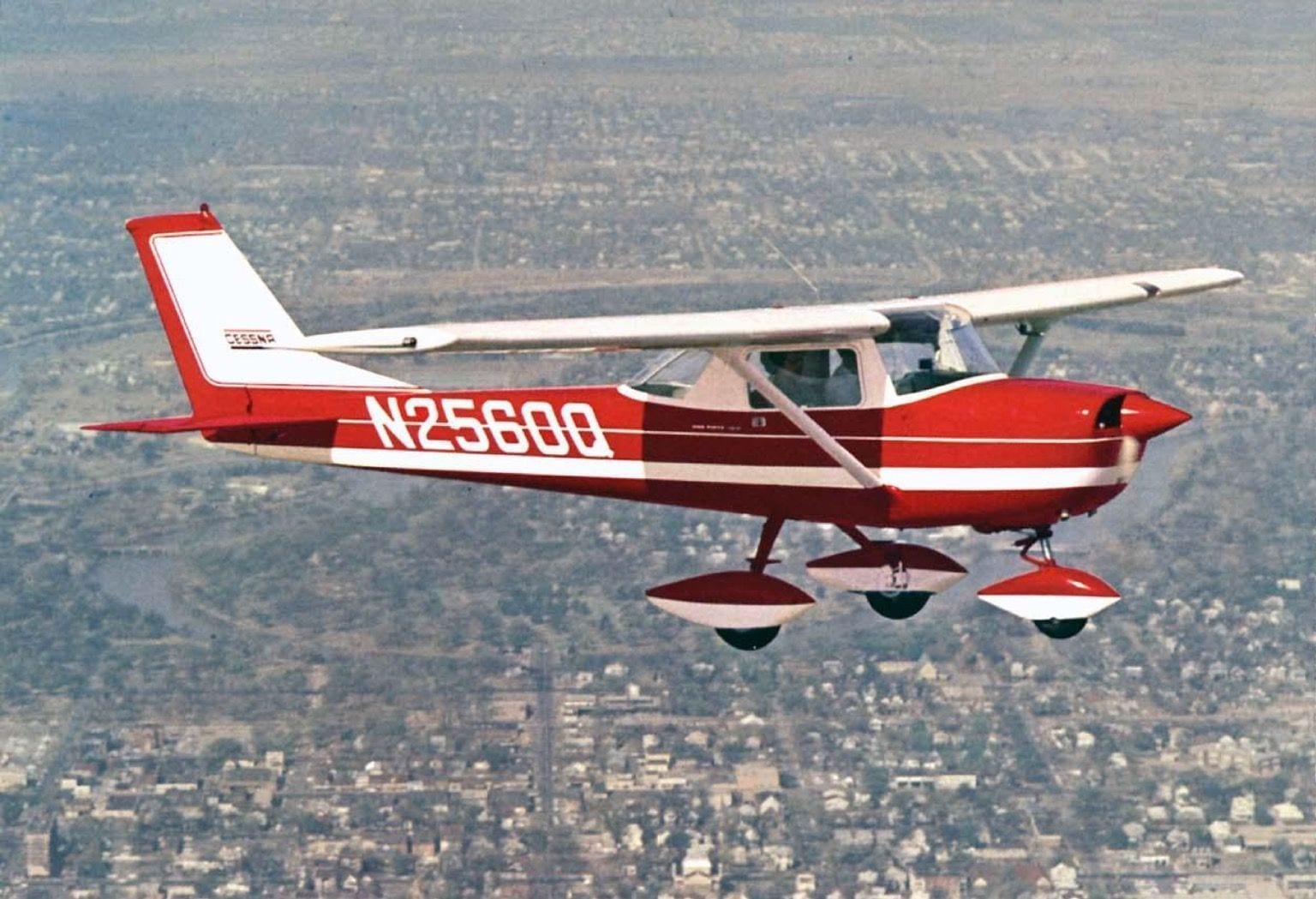 The summer I finished my private pilot license provided many opportunities to fly. I was 18 years old, cutting grass at the Ohio airport where I learned to fly. The airport job only made flying more tempting as it included a discounted rental rate on the flight school airplanes, which I happily took full advantage of.

The 150 I was flying was cheaper than the 172s and cruised 30 knots slower, which made it a perfect ship for building cross country time for my instrument rating. I mostly flew alone and could take full fuel, which gave me 2.5 hours of flying without any weight and balance problems. I usually went on simple out and back flights without refueling. As I gained experience, I gained enough confidence to fly longer trips.

One summer day, I decided to take the airplane to the Clarion airport in Pennsylvania (KAXQ). Clarion was just over 100nm away so flying round trip would be pushing the fuel reserves. I elected to pack a lunch, fly out to AXQ, refuel and eat my lunch, then head back home. I could have flown to an airport with a restaurant on the field but 18-year old me would have to spend money on lunch then and a PB&J proved far cheaper.

My basic requirements for the airports I went to was that they needed to have a runway. I was building flight time so being able to log a landing at another airport was reason enough to go there. Clarion had a 5003 ft. long runway situated in the rugged terrain just south of Allegheny National Forest, and it seemed within my ability. I had plenty of alternates available should something come up. Clarion also had a VOR nearby and plenty of highways between it and my base to follow which was comforting because I had no GPS.

I enjoyed mostly smooth air at 5,500 feet and the heat of the day had not yet created turbulence by thermals billowing up into thunderstorms, as so commonly happens in the Midwest during the spring and summer. Shortly after passing the state line and venturing into Pennsylvania for the first time, I noticed a slight vibration in the cockpit.

The engine instruments were all in the green so I flew along and didn’t think much of it. I reasoned I was noticing sounds and vibrations that normally existed in the 150, but were more pronounced due to a small headache that had begun. Usually this wasn’t an issue, but I figured I could drink more water for my headache to go away and the amplified irritation would follow suit. The rest of the flight was otherwise uneventful and I went inside to have my lunch and soak up some air-conditioning in the FBO.

When it came time to leave, I fueled up the airplane and headed for home. The runup went smoothly and within a few minutes I was accelerating down the runway. Only I wasn’t. The mighty 150 usually didn’t have an impressive acceleration on takeoff but it felt especially sluggish today. I remember thinking, “This is weird,” and that thought turned to, “I’m not sure I’m going to make it off the runway,” so I aborted the takeoff.

What was going on? I decided to lean the mixture and try another runup to detect any abnormalities with the engine. Mag check was good, carb heat worked fine – “Let’s see what full power does.” I couldn’t get the RPM into the green arc at full power. Not certain if that was normal or not, as I was still new to the plane, I consulted the manual. It said static RPM should be between 2500 and 2600 RPM, which was well into the green arc.

Not sure as to how safe the plane was to fly, I called back to the FBO to talk to a mechanic to diagnose what was going on. Over the phone, the mechanic said the low RPM in the static runup wasn’t an issue because the engine had a fair amount of time and wouldn’t be able to produce book values. The warm summer air would also drive up density altitude so my acceleration should be expectedly sluggish. Since this was aligned with the thinking that my instructor had taught me in regard to fuel burn and other performance numbers, I was satisfied and told him I would take off and fly home.

Having this new information, I was more committed to the second takeoff. I knew the airplane wouldn’t break ground as willingly as normal and I taxied to the very end to make use of all available runway, ran the power up and released the brakes. The airplane accelerated better than before because I had leaned the mixture but still not what I was expecting. I reached 55 knots and climbed into ground effect. By the end of the 5000 foot runway I was 50-100 feet in the air and still struggling to gain altitude at Vy. The vibration from the flight over had returned, too.

A Cessna 150 with a sick engine is not a good performer.

I looked out the window along the hills covered with massive oak trees and other terrain and decided this flight was not worth continuing. I needed to get on the ground now, while I was still able to do it on my own accord rather than a sick engine and gravity taking over as PIC. Not wanting to end up splattered among the maple trees, I flew runway heading for 10-15 seconds before making a left turn back towards the runway. I flew a teardrop shape and landed in the opposite direction on the runway I had just taken off from.

Thank goodness I was alone with no one else in the pattern. I had frightened myself. With my knees shaking and out of breath, I taxied in to shut down on the ramp. Once I collected myself, I called back home to announce that I wasn’t flying back.

Later that afternoon, the flight school sent the mechanic out to look at the plane. After proving to him that the airplane would not make full power, the cowling came off and he began diagnosing the engine’s problems. The pilot who had flown the mechanic started probing the engine with a flat head screw driver. After pushing against a few parts on the engine, he asked the mechanic, “This isn’t supposed to move, is it?” That part was the “smoking gun” the mechanic needed to diagnose what had gone wrong.

Unannounced to me, the intake manifold connecting the carburetor to the number 4 cylinder had separated during cruise on my flight to Clarion and was creating the vibration I had felt. I was able to maintain altitude and descend, but the engine didn’t have the power to take off and climb. This poor engine was down to 3 cylinders because one was not receiving any fuel/air mixture. Later that summer, the mechanic made a few more trips out to Clarion to work on the plane. The cylinder and intake manifold ended up getting replaced and later that summer I flew the plane back without incident.

Up until that point, I thought aborted takeoffs where only for multiengine airplanes and jets. When something isn’t right, it’s good to take others’ advice and get a second opinion, but ultimately the PIC has to make the call. Lesson learned.

From the archives: Bob Buck on radar