Blog - Latest News
You are here: Home1 / Article Archive2 / Opinion3 / How to safely solo a student in minimum time 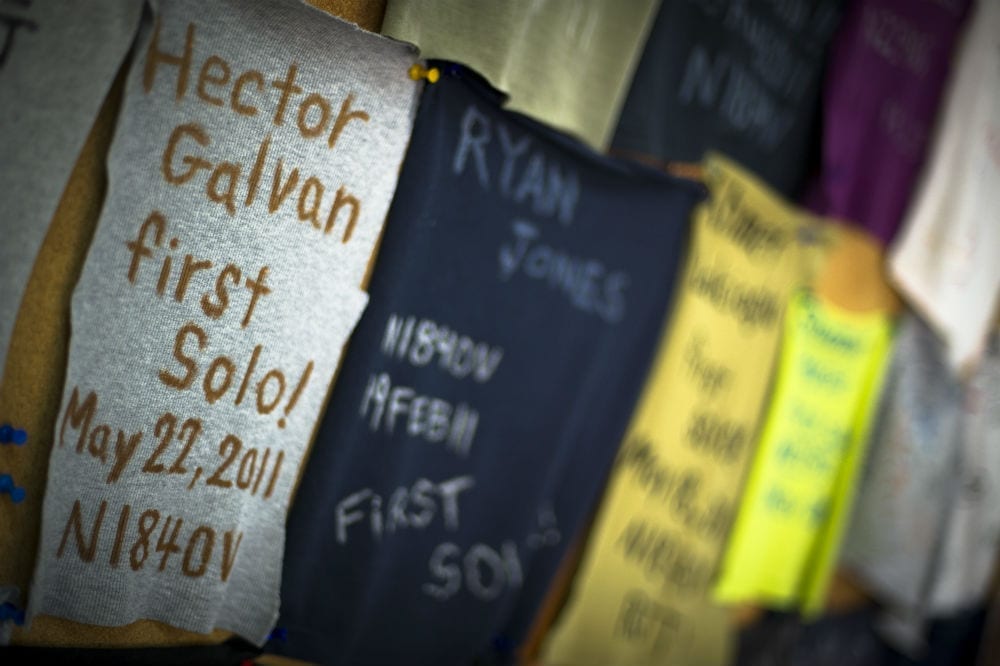 Another CFI joined me in the grass area between the runway and the taxiways at Tampa’s Peter O. Knight Airport (TPF), as we both watched my student solo. I enjoyed smiling to the CFI who joined me and my student waved at me as he passed us halfway on his second takeoff roll. The student was smiling and waving at me with confidence in what he was doing – with only six hours of total time.

We would fly out as far as we could and turn back where we could still see the VASI lights; then turn back to the airport at a point where we rolled out on the glidepath at “red-over-white-that’s-alright.” I then demonstrated how to use power and pitch to remain on the glideslope while having the student write down the settings and throttle positions.

Later we slowed and practiced stall drills as we turned and wove our way down and up the VASI glidepath. I then had the student do the same drill. From time to time I had him trim hands off and asked him to guess the airspeed and vertical velocity, and then removed a cover or tape on the airspeed indicator and/or vertical velocity or both so he can see how good his guess was.

We continued these drills until a mile on final with the aircraft trimmed hands-off with the known, written down power setting and pitch and held this until we started to enter ground effect. The technique is to fly as close to the runway as possible while increasing back pressure to prevent the aircraft from landing, to prevent touchdowns as close as possible to the runway.

We taxied back and took off again with all the flight instruments covered.

Why cover the flight instruments for takeoff and landing?

First, you want the student to look out of the cockpit for conflicting taxi, look for conflicting takeoffs and landing traffic. You want them to create a total awareness, listening to the engine and propeller. You want them to feel the control forces on takeoff roll. You want them to see the takeoff distance and for many other good reasons that I explain later such as that there may come a time in their future flying careers when they lose electric power at night or not trust flight instruments due to icing or a malfunction.

These VASI drills build confidence, skills, and knowledge until the entire takeoffs and landings and stalls are completed with all the flight instruments covered.

When that level of confidence, skill, and knowledge is reached, it’s time to solo and what a joy it is to stand in the grass between the taxiway and the runway.

That simple wave from my solo student as he passed us on his second takeoff roll… to this day, it brings a smile to my face.

A multi-engine rating in a weekend