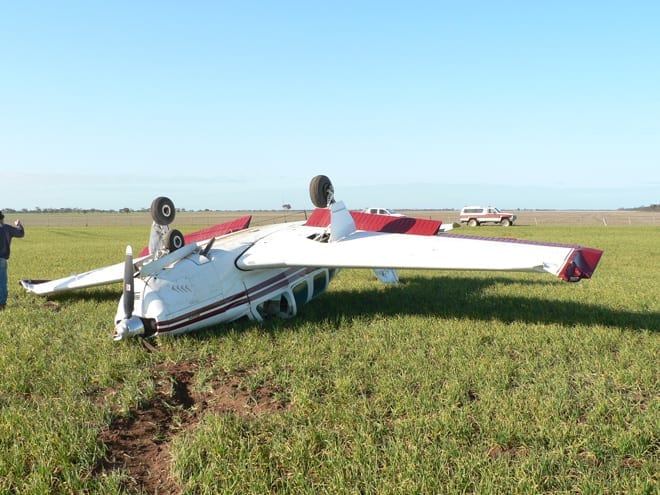 In last month’s column on a “Kinder and Gentler FAA,” we began a series to help those who may become targets of an FAA investigation even though we are in this kinder and gentler enforcement atmosphere. Yes, FAA enforcement is still alive and well and often comes on unexpectedly. We know from experience that understanding the investigation and enforcement process, and the rights and responsibilities of individuals and companies unexpectedly caught up in the process, goes a long way to achieving a more favorable outcome. So, from time-to-time we will continue to review the process. We don’t intend to give a complete legal course on FAA enforcement, which is not usually necessary. Rather, this review is intended to give sufficient background to cause one early on to recognize that they may be the target of an investigation or enforcement, and to early on understand the do’s and don’ts.

Because the timing of one aspect of  the FAA enforcement  process is so critical, last month we started with a review of FAA’s Aviation Safety Reporting Program (ASRP, the same as NASA’s Aviation Reporting System, ASRS), the so-called “get out of jail free” benefit of the program/system for pilots and mechanics and other users in the aviation system. We know that pilots appreciate being reminded of this benefit. As we explained last month, there is an important 10-day time limit in order to take advantage of the waiver of certificate suspension or a fine that would otherwise follow; that is, a report must be filed within 10 days of when the person became aware or should have been aware of the violation. This 10-day time limit prompted the urgency and priority of last month’s column.

Is it an accident? The rules are pretty specific.

We also explained that there are limited exceptions to this waiver, one of which is the subject of this column: a report containing information concerning an “accident” will be referred to the National Transportation Safety Board and the FAA. In such a case, the report and the name of the reporter are no longer confidential, as is ordinarily and importantly the case, and the report cannot serve to entitle the reporter to a waiver of sanction.

So, in order to obtain the waiver of a disciplinary certificate suspension or a fine, the matter must not have involved an “accident.” This exception has caused some confusion because NTSB’s definition of an accident is narrower than commonly understood.

As an aside, while most in the aviation community understand this, at this point it is important to state that the FAA, the NTSB, and NASA are separate and independent federal agencies. NASA is the agency responsible for receiving, analyzing, and de-identifying Aviation Safety Reports (in order to preserve the anonymity of the reporter and confidentiality of the report). From this analysis, NASA publishes and distributes periodic reports of findings obtained through the reporting program to the public, the aviation community, and the FAA, all to enhance the safety of our national airspace system.

It is the FAA, not NASA, that enforces violations of the Federal Aviation Regulations.

On the other hand, it is the NTSB that is charged with investigating aircraft accidents, to determine probable cause and to recommend remedial measures to prevent similar accidents in the future. It is the NTSB rules (NTSB Rules 830.5 and 830.6) that require a pilot (and other operators) to immediately notify the nearest office of the NTSB of an aircraft accident, and to follow-up with a more extensive accident report. It is important for pilots to know that only aircraft mishaps meeting the official definition need be notified and reported. These notifications and reports are not held confidential.

So, it is important to study the NTSB definition of an accident. According to NTSB Rule 830.2, “Aircraft accident means an occurrence associated with the operation of an aircraft which takes place between the time any person boards the aircraft with the intention of flight and all such persons have disembarked, and in which any person suffers death or serious injury, or in which the aircraft receives substantial damage” (my emphasis). The NTSB definitions of “serious injury” and” substantial damage” remove from the general definition many aircraft mishaps that otherwise might be considered accidents. It removes from NTSB concern the numerous lesser mishaps that ordinarily don’t help NTSB recommend safety remedies.

The definition goes on to say: “Serious injury means any injury which: (1) Requires hospitalization for more than 48 hours, commencing within 7 days from the date of injury was received; (2) results in a fracture of any bone (except simple fractures of fingers, toes, or nose); (3) causes severe hemorrhages, nerve, muscle, or tendon damage; (4) involves any internal organ; or (5) involves second- or third-degree burns, or any burns affecting more than 5 percent of the body surface.” Without going into an extensive analysis, we can see that there are many more injuries and hospitalizations that could be incurred in an aircraft mishap that would not make the mishap technically a defined “accident.”

So, too, with respect to “substantial damage,” there is a similar helpful limiting effect. There are damages that are specifically excluded from the definition of an accident. In general: “Substantial damage means damage or failure which adversely affects the structural strength, performance, or flight characteristics of the aircraft, and which would normally require major repair or replacement of the affected component.”

But note that the following are specifically excluded from the definition of “substantial damage:”

In my seminars for pilots, I frequently ask what classic mishap could fit into this exclusion, and pilots are quick to respond – a gear-up landing!  Some time ago, I made a study of NTSB accident records and found that the classic gear-up landing rarely causes “serious injury” or “substantial damage.”

An important consequence? A pilot’s ASRS report to NASA seeking a waiver of disciplinary action for an incident or mishap that might involve an FAR violation will not be effective if it reports an aircraft accident. So, it becomes important to insure that the incident being reported could not be mistakenly identified by NASA as an accident. We recommend that a pilot filing an ASRS report positively state in the report that the incident is not an accident within the meaning of the NTSB definition, and explain why by reference to these definitions.

Lastly, aircraft mishaps could lead to FAA enforcement action. While many mishaps, especially serious accidents, routinely come to the attention of the FAA, many less serious accidents such as fender-benders may not. It does not make sense for a pilot to be the one to call it to the attention of the FAA, especially if there is some chance that it will pass unnoticed.  Immediate notification of an aircraft accident, as defined, must be made to the NTSB, not the FAA.

So, if an aircraft mishap is to be officially reported, a pilot may want to make certain that it meets the NTSB definition of an accident. And, as we said earlier, if a notification and report are required, they should go to the NTSB, and not the FAA.

5 events that shaped my flying life
Scroll to top