Blog - Latest News
You are here: Home1 / Article Archive2 / Technique3 / How safe are you? 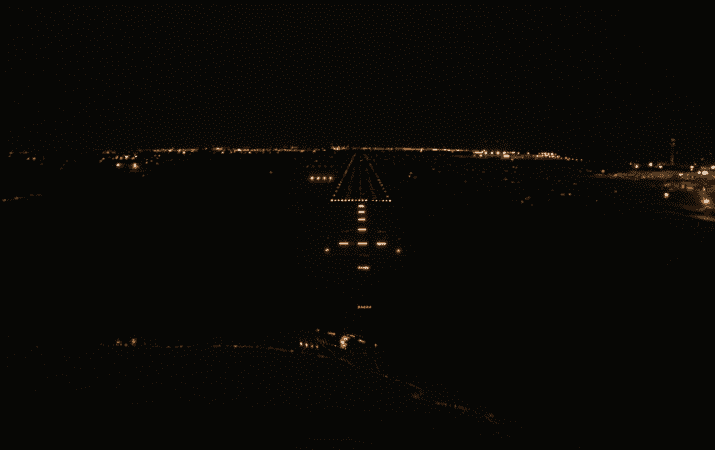 I viewed a recent video production on a popular general aviation website that portrayed two pilots arriving at an airport (straight-in), in the northeastern U.S. in VFR conditions at about dusk. The airport was in a long, narrow valley that was quickly losing what available light there was left in the western sky, and was thus in shadow. These two pilots, as they flew northwestward up the valley, were utilizing VFR procedures to navigate by, and they relied strictly on visual clues to avoid the surrounding terrain.

How much can you really see at night? Enough?

However, in the waning light, they flew precariously close to hilltops that they just couldn’t see until it was almost too late to avoid them. They finally arrived at a point a where they could clearly see the runway’s VASI lights, and at that point they knew they were well below the glideslope of the runway they were approaching. They then leveled off until they were correctly aligned with the vertical slope. The rest of the approach to touchdown was normal. This brings up a few questions.

Instrument pilots use, of course, IFR enroute procedures and instrument approach charts to keep them at safe altitudes and distances from obstacles and terrain. Before I obtained an instrument rating and began using these IFR charts, I, too, relied primarily on visual cues; I never paid a lot of attention to actual geodetic elevations of obstacles and terrain – only my relative and perspective height above and distance from them at the time. I never gave the “Maximum Elevation Figures” on my VFR charts their due respect and accorded pertinence. This type of “feel-as-you-go” operation is fine in good, daytime visibility. But in darkness or reduced visibilities, it can quickly lead to disaster. Simply said, when the visibility goes down, you need a better plan. So, my questions are these:

I invite each one of you to submit your recommendation on how you would approach the depicted airport (GBR, center of chart below) for the first time in your life when the winds are from 300 degrees at 20 knots gusting to 30, the ceiling is reported at 2,300 broken with a visibility of 3 statute miles in intermittent snow showers, the temperature at the airport is minus 5 degrees C. In this scenario, you are approaching from the southwest on a VFR flight in a semi-high performance airplane such as a Cessna 182. Your airplane is 300 pounds below maximum takeoff weight. Your GPS is out of service. You are not instrument rated, and you have only a VFR chart at your disposal.

After you’ve decided on a plan, utilize the IFR chart below to the same airport to see if your arrival plan was as conservative as the FAA’s instrument arrival procedure. It may give you cause to consider adopting and sticking to some standard operating procedures of your own.

Will I ever be ready for the checkride?
Scroll to top