Blog - Latest News
You are here: Home1 / Article Archive2 / I Can't Believe I Did That3 / The taste of humble pie – admitting the “old-timers”... 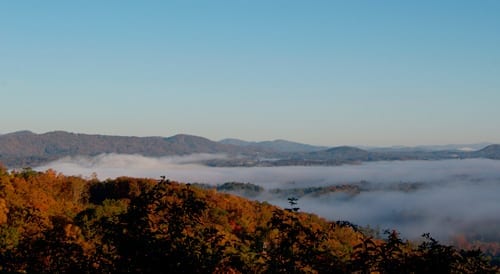 In aviation, more so than in almost any other field of endeavor, you must know when to give up and say, “That’s it; I can’t go any further.” Sometimes, nature is simply going to win. It’s hard for us to admit defeat; it’s difficult to say, “I was wrong.”

Sometimes in aviation we learn valuable lessons that reach far beyond the technical aspects of flying. We learn life lessons that act to reshape and redefine our viewpoints. And in so doing, our aviation experience also grows and matures. This story took place many years ago when I was about 19 years of age and working toward my instrument and commercial certificates. I was young and full of youthful hubris at the time, and I thought I knew everything. I especially thought I knew more than all the “old-timers” that still flocked around the old stove furnace in the office.

Fog – a quick way to ruin a breakfast flight.

One beautiful Sunday morning in June, the four of us, Steve, Larry, Ted, and I, met Bob Reed, one of Mr. Hillman’s flight instructors, and a student of his before sunrise at the office for a three airplane formation flight over to the Lunenburg County airport in South Central Virginia, about 50 minutes flying time away from Roanoke. The Chamber of Commerce of the city of Victoria was sponsoring a fly-in breakfast and air show that day, and we didn’t want to miss it. I’d never been to Lunenburg County before. I considered myself a lay student of history, and there were many Revolutionary War and Civil War stories connected to Lunenburg County that had previously caught my attention. Additionally, all of us were more than a little curious about Victoria’s secrets concerning its rowdy and lascivious railroad history. We were hoping to catch a ride into town to do some exploring. We had a veritable digest of attractions we wanted to see after our breakfast at the field.

It had taken me a while to warm up to Bob Reed. The first time I met him, when I was fifteen, I saw only an austere military bearing that was resolute and infrangible. Bob was in his early thirties, much younger than the old-timers. With his closely cropped hair, and his dark, stern eyes, he was the epitome of a tough-as-nails drill sergeant. Bob had, in fact, spent several years in the Marine Corps. Frankly speaking, I was scared of him, and I avoided him whenever possible. Gradually though, over many months as I listened to him respectfully interact with the older men at the field, I came to regard Bob’s unruffled demeanor and wise council, not only about aviation matters, but also the more diurnal events that seem to manipulate our lives, as the erudite wisdom from an older brother or uncle.

The sun still had not broken free from behind Read Mountain, but its beaming rays refracted a spectral showcase off the willowy cirrus clouds high in the eastern sky, and the brilliant multi-colored panorama illuminated an atmosphere of schoolboy anticipation. We had eagerly been looking forward to the trip for three weeks. Hastily reviewing some basic formation flight rules, we loaded up and took off for Lunenburg County airport.

After departing the Woodrum Airport traffic area to the southeast, we formed a loose echelon to the right with Bob leading. The air was smooth, and everything was fine until about 15 minutes into the flight. While passing near the community of New London, southwest of Lynchburg, we stumbled upon a low-lying blanket of unexpected fog. Like an eiderdown carpet, it formed a solid underlying shelf to the east that disappeared into the haze. It stretched to the north through the Blue Ridge Mountains, and to the south over the flat Piedmont as far as the eye could see. We discussed the matter over the radio for just a few moments, and then Bob, the only one of us who had earned an instrument rating, announced that he was going to turn around and head back to Roanoke. Steve, piloting the number two ship, replied and wagered that we’d most likely run out of it before long. He voted to continue.

“Come on, guys. Let’s go on a little further and see if we can spot where it ends up ahead.”

Every airport has them: the old-timers.

Ted, an expatriated, hard-knocks educated farm boy from North Carolina, was the pilot-in-command of our airplane. Grasping the seriousness of the low level fog and what its implications could be, he too expressed his desire to turn around while we could still glide to an open pasture in case the engine quit. But I sided with Steve; I thought we should continue. I’d never experienced an engine failure before, and I didn’t expect to encounter one then. The modern aircraft engines were immeasurably more reliable than those old rickety tin cans from the “dark ages.” And furthermore, in no uncertain terms, I let Ted know exactly how I felt about it.

Without any further delay, Bob banked his Cessna away to the left and called to us on the radio, “See you, guys. Good luck.” That’s all he said.

“That’s just great, Bob!” I flared to myself.

Ted then made his decision: “Dave, it would be foolish for us to continue. I’m turning around.”

I didn’t want to argue in the airplane, so I didn’t say another to word to him. But I was deeply disappointed. I sat and stewed all the way back home. Secretly, I thought Ted was being overly cautious, like a feeble old man. I told Steve we were heading back, and he whined to us.

“Well, dang it all! It ain’t no fun just me and Larry goin’ alone. I’ll see y’all back at the field.”

Within a few minutes we were all safely back on the Hillman ramp. I was no longer in any kind of sociably interacting mood, but I did, albeit reluctantly, agree to go with the group to the Pancake House in Cloverdale for a consolation breakfast. Before we left though, Bob thought to call the Roanoke Flight Service Station on the phone to inquire about the fog bank. He listened attentively before offering a polite “Thank you” to the station employee. After he hung up the phone he looked directly into my eyes and calmly relayed the report in the driest, most professional tone he could possibly muster:

“Flight Service said the fog formed unexpectedly over the entire Mid-Atlantic region at just about sun up. The temperatures across the state dropped lower than they thought they would because of this air mass we got over us right now. He said the last pilot report they got from over that way was from a Twin Bonanza on an IFR flight plan. Lunenburg is socked in tight. The visibility in Richmond is down to one-quarter of a mile. They expect it to lift before ten o’clock.”

There was nowhere for me to look except the floor; I couldn’t even look at Steve. The silence in Ted’s cherry red Ford pickup was searing all the way to Cloverdale. No one said much of anything as we all sat down at our large table in the restaurant. We did have our breakfast that morning at the Pancake House. Bob, his student, Ted and Larry all enjoyed a hearty country breakfast of pancakes, eggs, biscuits and gravy, grits, and just about everything else you could name. Steve and I both had crow.

Ice on the wings – would you tell the pilot?