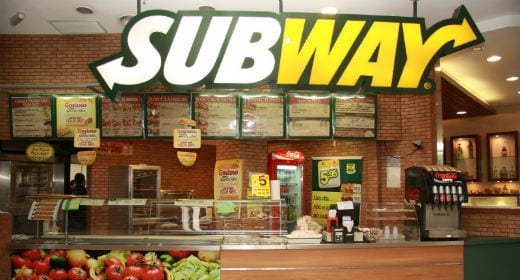 Why was I happy to see a report that the longtime Wichita, Kansas, FBO, Yingling, would soon have a Subway at its facility?

Coming soon to an FBO near you.

I used to go to Wichita several times a month. I didn’t starve on the trip out because my wife, Ann, always sent me off with a good lunch. I also had an airplane larder stocked with dry roasted peanuts, raisins, granola bars and cheese crackers. I used to leave this in the airplane until I realized that the guys in the shop were hungry when my airplane was in for maintenance. I switched it to a larder bag that I would take home after each flight. My costs went down.

The trip from Wichita back to New Jersey or Maryland could be flown non-stop in my P210 after I installed an aux tank in the baggage area. It would lake from 4.5 to 5.5 hours, depending on the wind. I usually left Wichita in the morning so would be flying at lunchtime.

To have something to eat other than the stuff in my larder, I tried takeout. Yingling would arrange it or I would get it from the airport hotel.  Believe me, it was more like throwout than takeout. Many times I opened the Styrofoam carton, took one look, and decided there was no way I wanted to be in an airplane for two or three more hours with a person who just ate that. So I gave up and stuck with my junk food. I always flew with plenty of bottled water.

A Subway would have been an ideal solution. It is not gourmet food but if you choose carefully, it is digestible and not too messy to devour. If you have ever consumed Subway fare in your car, you know that it does leave an odor but then you tell them what to put on your sandwich and can always leave off the onions. (You might, I wouldn’t.)

Were I still going to Wichita I’d use the Yingling  FBO purely because of the Subway, even if fuel was cheaper elsewhere. And I must admit, the vision of Subway catering a Gulfstream G-650 with a big box of Subway clubs on 6-inch Italian bread for a Wichita-Hong Kong non-stop makes me smile. The sandwiches could be heated in the in-flight oven to melt the cheese.

Debate: is there a pilot brotherhood?
Scroll to top