As a fan of the Air Facts series on Go/No Go decisions, reader Mark Fay shares his own recent, real-life decision process.

A long time client in Leavenworth, Kansas, has invited you to a meeting to show your newest product. The key decision-makers are only available from 11 a.m. until 12:30 p.m. You scheduled a flight in your Cessna Turbo 182RG, equipped with a Stormscope, XM weather and S-TEC 55 autopilot. You are instrument rated, current and proficient having just passed your Flight Review two weeks ago with flying (heh heh) colors.

The flight plan is to leave the Chicago suburb of Bolingbrook, Illinois (1C5) to the Leavenworth Army air base (KFLV). The scheduled departure time is 6:30 a.m. allowing for a two-hour and 20-minute flight to arrive around nine. This will give you plenty of time to pick up the loaner car from airport manager Dean and drive the 30 minutes to get off base and across town to the office. It’s your general custom to never check the weather the night before because all too often it leads to a restless night of little sleep when the possibility of a delay, or even worse a cancellation, exists–especially when an appointment the night before precluded getting there a day early as was the case last night.

You wake up at 4:30 and check your flight plan and the weather. Immediately you see a problem.

The terminal area forecast for Kansas City (KMCI) shows 700 foot overcast dropping to 200 before lifting by later afternoon to 2500 foot broken. While the current ceiling is 900, even that’s pretty close for comfort given that the GPS approach into Leavenworth requires a minimum ceiling of 800 feet. Additionally, having been to the airport before, you realize it lies in a river valley and you’re suspicious of ground fog and lower visibility than MCI. KFLV does not have weather reporting at all. Good chances for a missed approach. What then?

How about your alternate? You could go to MCI and their welcoming ILS to rent a car either after taking a peak at KFLV or avoiding that temptation. The one-hour drive plus car pick-up time would make it tight but doable. Always fun to mix it up with the big boys and you would relish the challenge. And all things considered, you could justify the exorbitant cost of such a decision with a clear conscience.

But, looking at the advancing thunderstorms on the radar, MCI is not gold-plated either. Going right into a line of embedded thunderstorms, anything could happen and you might get diverted 50 miles away, eliminating your chance to make it on time. Could you find a WiFi spot and do the meeting remotely in that case? Topeka’s in the thick of it and another 35 minutes away. But almost any airport would do, wouldn’t it? You don’t like the idea of getting stuck on a slow connection in a noisy FBO with other vagrants from the elements like you.

On top of that, your flight plan puts you in an AIRMET for icing from 12,000 to 24,000 in Eastern Illinois through Missouri. This is a pretty minor concern as you can descend lower, but the slower speed would for sure eat up fuel reserve and put more pressure on you if you have to go missed. You have four hours and 15 minutes on board.

Because the storms are not associated with a front, you have a strong hunch that they will break up and you can sneak in, but the briefer–like always–is predicting death and destruction if you try to play that hunch. You’ve taken off looking at much worse than this when you had more time flexibility. Most often your intuition was right. Not always, though. In 150 hours this summer you spent one night in a Coshocton, Ohio, motel room with Chicago Bulls playoff tickets in your pocket when it didn’t. Ouch.

While the client is a long time customer, you really want this opportunity to sell your newest product. Doing so would cement your relationship and generate a significant amount of profit for your company because there would be little cost to implement. You could do the meeting remotely but your project sponsor really wants you to meet the new president and CEO and this was the only time available on their schedule this quarter. The meeting has been planned for 10 weeks. It’s now or never. 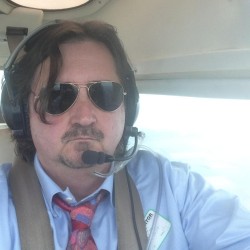 7 instrument approaches you have to see to believe

From the archives: Wolfgang Langewiesche flies across Africa
Scroll to top