Blog - Latest News
You are here: Home1 / Article Archive2 / I was there3 / When to ditch training 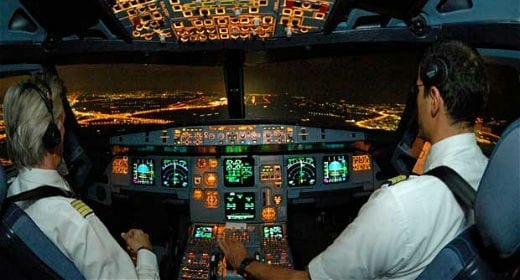 Years of crew coordination training went out the window on an unremarkable New York-Washington shuttle flight that I had operated hundreds of times before. Although I had never flown with this captain, it was obvious by the way we went about preflight duties and checklists that we were the kind of crew passengers expect to have up front; standardized, competent,  rested and alert. A well-oiled team.

Taking off runway 4 at LGA – not the place to lose an engine.

But just as our 727 lifted off La Guardia’s runway 04 and the number three engine silently died, it was obvious that a deviation from the integrated crew response to the emergency was the best course of action, at least initially. On that day Murphy’s Law, that a failure will occur at the worst possible time, dramatically presented itself.

What made the incident unusual besides the fact that it happened at all, was that the engine failure was so subtle that only I noticed because I was flying. No loud compressor stall or vibration alerted the captain and flight engineer to what had just happened.  They simply didn’t notice the illuminated amber ENG FAIL lights on the glare shield.

We’ll get back to what happened on that flight shortly. But first, the reason for this article is to discuss those rare times when deviating from well-considered and practical SOPs, particularly on multi-crewed aircraft, may be the best course of action.   The caveat is, if you deviate, you better be right.  Success depends on understanding the basics of flight and maintaining competence in basic flying skills regardless of how advanced or automated the aircraft.

Experienced crews flubbing the basics have caused major air disasters.  Three  glaring  events come to mind: the November 12, 2001 American Airlines A300-600 vertical fin separation when the first officer applied rapid full left and right rudder inputs instead of opposite aileron in response to a sharp roll induced by wake turbulence, the Colgan Bombardier Dash 8  in Buffalo, New York, on February 12, 2009, when in response to low airspeed and the stick shaker the captain pulled back on the yoke, assuring a stall and loss of control, and the Air France A 330 over the  South Atlantic  on June 1, 2009, when the crew responded inappropriately to loss of reliable airspeed indications caused by pitot icing and rather than setting and maintaining cruise thrust and flying the approximate cruise pitch attitude, the pilot pulled up, inducing a deep stall which continued  from FL350  to water impact.

It was my leg to fly on that sunny morning. The captain handed control over to me as he steered the 727 onto the runway centerline.   All checklists and pre-takeoff procedures had been accomplished in the precise, easy manner of a crew who had done it hundreds of times before.

I pushed the thrust levers up, the flight engineer reached forward, trimming thrust to the exact reduced takeoff EPR and the 727 surged forward. Ahead was 7000 feet of runway, about the last third of which extended on pilings over Flushing Bay.  With our relatively light fuel load for the 45-minute hop to DCA and only about 85 passengers, the 727 quickly accelerated through rotation speed and we lifted off with about 2000 feet of runway ahead.

The brisk acceleration continued through V2 + 10 knots as I rotated toward the target 18 degree pitch attitude. About 20 feet off the runway, the 727 abruptly changed personalities from a leaping stallion to a lethargic slug. Vertical speed dropped from over 2500 ft/min to around 200 ft/min and airspeed froze at V2+10.  The ENG FAIL light illuminated on the glareshield and it was obvious to me from the loss of acceleration, the VSI needle barely showing a climb and airspeed frozen at V2 +10 that we had lost an engine. There was no yaw because I had instinctively put in left rudder to keep the plane flying straight.

But it wasn’t a simulator check ride and I was the only one who noticed. And with the VSI pointing up around 200 ft/min, rather than me calling out the engine failure and waiting for the captain and flight engineer to get focused while the main gear and nose gear hung out created gobs of drag, I chose to simply reach forward and raise the gear handle.  The niceties of crew coordination could wait.

Two-pilot cockpits are great, but sometimes you need to go it alone.

Sure enough, after the surprised captain saw me retract the landing gear, he saw what had occurred and from then on we were a reconnected crew doing it by the book, flying the engine out profile, accomplishing shutdown procedures and advising air traffic control and the passengers that we would be returning to La Guardia.  A text book scenario except for that first, solo pilot detail.  Later we learned that the number three engine fuel pump high stage section had failed. It’s the 727’s only non-redundant fuel feed component.

I asked a highly respected aeronautical engineer to give me an idea of what I was dealing with that day. Summarizing, he said:  FAR 25.121 addresses engine out first segment gear down climb requirements.  First segment climb is defined as the period from liftoff to landing gear retraction.  It specifies a minimum .3 percent climb gradient at V2 (minimum takeoff safety speed) at maximum takeoff gross weight.  For a grossed out 727, that translates to about a 50 ft/min. climb.

In that regard we had a slight performance margin due to our lighter than maximum takeoff weight and V2+10 airspeed which is close to optimum climb speed. On the other hand, the reduced thrust takeoff mitigated a good deal of that performance cushion.  Nevertheless, the margin between a 200 ft/min climb and a descent into Flushing Bay was pretty slim.

This is not a riff on unilateral action in emergencies. Well thought out and practiced team responses to emergencies in multi-crewed aircraft are the gold standard for safe operations.  The proof is millions of accident-free hours racked up by Western World air carriers.  In the U.S., there hasn’t been a fatal airline accident in the last four years. Although advances in aircraft design and mandated safety equipment like ground proximity warning systems get a lot of credit, well trained crews working together are the foundation of those enviable statistics.  But there are rare times when, no matter how advanced and sophisticated the aircraft,  a solid understanding of basic aerodynamics, competent airmanship and the confidence to act are what stands between success and failure.

This is particularly important in today’s highly automated aircraft from the latest Boeings, Airbuses, RJs and corporate jets down to high performance general aviation singles. In that regard, concerns are rising among safety experts that continuous reliance on advanced automation may over time remove pilots so far from basic aircraft handling that when emergencies or strange irregularities occur and electronic wizardry suddenly disappears, flying skills may not be up to the job. Bottom line: maintain basic flying skills, be a team player, but be ready and able to competently innovate if you ever need to.

Flying clubs, then and now – different?

FAA wants your data – will you give it to them?
Scroll to top