Blog - Latest News
You are here: Home1 / Article Archive2 / John's blog3 / FAA wants your data – will you give it to them? 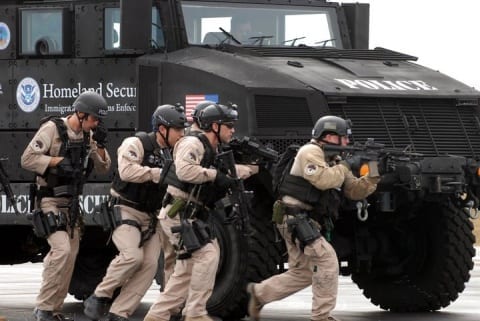 I’m not much of a government conspiracy guy–haven’t seen any black helicopters outside my house lately–but the events of the past few weeks are enough to make you think. The headline-grabbing story has been about PRISM, a National Security Agency (NSA) program that collects data on mobile phone and internet usage patterns. While initial reports may have overstated the reach of PRISM a bit, it’s still a far-reaching surveillance and data gathering effort that has a lot of people up in arms.

For pilots, an equally alarming story has recently come to light: a rash of pilots have been tracked and detained for no apparent reason. James Fallows of The Atlantic has the most comprehensive list of pilot stories, and it makes for frightening reading. Pilots who have broken no laws, but whose flights match a “suspicious profile,” are met by armed law enforcement agents upon landing. The pilots are told very little about why they have been stopped, and are usually questioned and searched before eventually being released.

The suspicious profile in some cases was nothing more than flying VFR from west to east and stopping at small airports–these aren’t low altitude night flights over the Bahamas. In other words, pilots are being stopped for completely normal flights.

What’s so disturbing about these incidents is that they reveal the vast flight tracking system that is obviously in use. While many pilots may joke about Big Brother watching them on their $100 hamburger flight, these stories make clear that it’s no joke. Some of the suspect pilots were tracked halfway across the country, even though they were VFR and not talking to Air Traffic Control.

Both PRISM and the “pilot profiling” program have one thing in common–a new-found focus on data mining and tracking. In particular, there seems to be little human interaction here, with mostly computer programs looking for bad guys. If your flight matches the profile, you get guys with guns.

This is obviously bad news for pilots, but it’s also terrible news for the FAA–indeed, it couldn’t have come at a worse time for them. In recent months, the FAA has begun to make noises about expanding its Aviation Safety Information Analysis and Sharing (ASIAS) system. This program, which began in 2007, collects flight data recorder information from airlines and shares it with industry groups to improve safety. The FAA’s role is non-punitive, and personally identifiable information is removed. It’s sort of like an automated version of NASA’s well-known ASRS form, except every flight is recorded, not just problem flights.

“Big data” is a horribly overused buzzword, but there is some value in collecting and analyzing vast amounts of data to search for trends. Humans routinely focus on the wrong issues, and we are terrible judges of ourselves. ASIAS takes the human bias out of the equation and measures objectively whether pilots are flying safely or not. It can also alert safety groups to a potential problem before there is a smoking hole in the ground. This has worked fairly well in the airline world so far, with the program getting credit for a number of small but meaningful safety improvements.

A “black box” in every Cessna?

Now the FAA wants to roll out an ASIAS-style program beyond the airlines, first to helicopter operators and potentially to private pilots as well. The goal would be to take advantage of a new generation of sensors to monitor what pilots are doing, and use aggregated data to focus on the most important safety issues.

Data logging has been around for years in the form of engine monitors, and these have proven to be valuable tools for owners and mechanics. Recently, data logging has moved into the flight data realm, as newer glass cockpit airplanes have come equipped with basic flight data recorders. These have been used in some accident investigations (like the Cirrus pilot who crashed trying to do an an aileron roll at 200 ft.), but they have never been used for regular flight monitoring.

Creating an ASIAS for general aviation faces two key challenges: deploying the recording technology in large enough numbers, and convincing pilots to share their data. The first issue isn’t as difficult as it may seem initially. Besides the growing number of glass cockpit airplanes, even something as simple as an iPhone has enough sensors to provide some useful information.

On the second issue, privacy, the FAA has a lot of work to do. While the system would most likely be optional and flight information could not be used for enforcement, many pilots will remain skeptical. The headlines about PRISM and pilot detentions won’t help. Would ASIAS data be used to search for security trends in addition to safety trends? What if you flew past a nuclear power plant at low altitude–would some program flag that as suspicious behavior? It’s not implausible, and the FAA needs to get serious about data protection and pilot privacy if they want a program like this to be successful.

In any case, what works for the airlines does not necessarily work for personal aviation–in fact, the opposite is usually true. The world of Part 121 scheduled airlines is inherently different, most significantly because the general public trusts the pilots up front to keep them safe in exchange for money. Private pilots have no such passenger relationship, and have traditionally expected far more privacy. And without widespread data collection, a program like ASIAS can’t work.

Big data may help the GA safety record–but only if pilots give up their data. Right now, that’s a tough sell.

Add your voice: would you allow the FAA to collect your flight data? What if it went through a third party? Leave a comment below.

When to ditch training