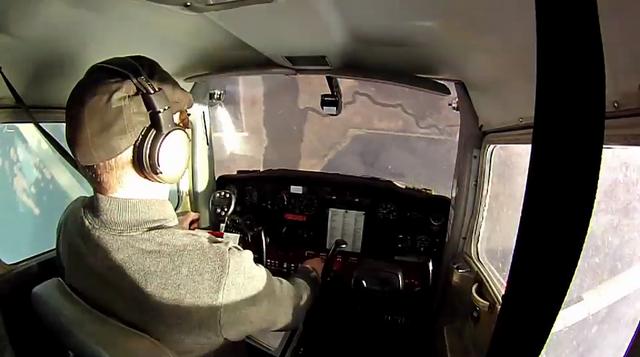 What Scared Me Learning to Fly

Just before I took my Private Pilot flight check, the 150 I’d been flying was grounded for an overhaul. I told my instructor that I wanted to fly the one I’d be flying for the test beforehand so I could get a feeling for its idiosyncrasies. His reaction was “Heck, they all fly the same.” Having flown at least five C-150s at that point, I politely disagreed with him and scheduled the airplane for a solo flight.

A leisurely solo flight until…

After arriving in the practice area, I did a power-off stall. I noticed the left wing dropped a bit, but nothing much. I then set up to do a power-on stall: slowed it down, pitched it up a bit, and poured on the coal. Nose up, starting to feel the buffet and then…

WHAM it broke. The left wing dropped and in a blink of an eye it had spun out and I was headed down.

It’s important to note that I had never spun an airplane. Not only that, I had never been in an airplane while it was spinning, ever. But there I was, looking at the desert floor below me getting closer by the moment and going around in circles.

To say I was petrified would be putting it mildly. I knew that if I didn’t do something quickly I was going to die. That day FLYING magazine saved my life.

As I recall it, before Dick Collins became the senior CFI at FLYING, the guy who wrote most about flight instruction was a fellow named Robert (Bob) Blodgett. I had just read an article by him about spin recovery and as I was watching the ground getting closer, his little checklist literally appeared before my eyes. While not in the exact PARE order taught these days, the way I remembered it was:

1 – Relieve the back pressure.

I suddenly realized that I was still holding the yoke up against my chest. I let go and the airplane instantly came out of the spin.  The wind noise started to build and I looked over at the ASI. It was already in the yellow arc and building fast. I started to pull back on the yoke, and as I did so I felt the airplane start to load up. I knew that if I kept pulling the wings would come off. I again released the back pressure, saying to myself “What am I forgetting?” when it came to me:

Power! I was still at full throttle. I reached out and yanked the throttle so hard that I’m still amazed to this day that it didn’t come out of the panel. The airplane gave a sigh of relief, started slowing down, and I pitched up to level flight.

After getting it level, I flew around for 15-20 minutes just to get my composure back. After that, I headed back to the airport and landed high, wide and awful but we were both back in one piece.

A friend of mine who worked at the FSS on the field lived on the airport. I went over to his place and begged a beer off him, being well below legal age at the time. I recounted my tale and he was properly concerned and sympathetic. When I next saw my CFI, I told him what had happened. His response? “Yeah, that plane does tend to drop a wing in a stall.” Nice to know that, Joe.

I ended up taking and passing my Private flight test in another 150.  The same friend who gave me the beer after my hair-raising flight showed me spins in his 172 another day. I’ve never been comfortable with anything like unusual attitudes since. I can do it, but I don’t like it.

Editor’s Note: This is another article in our series called “I Can’t Believe I Did That,” where pilots ‘fess up about mistakes they’ve made but lived to tell about. If you have a story to tell, email us at: [email protected]

FAA wants your data – will you give it to them?

The reason I never fly alone
Scroll to top