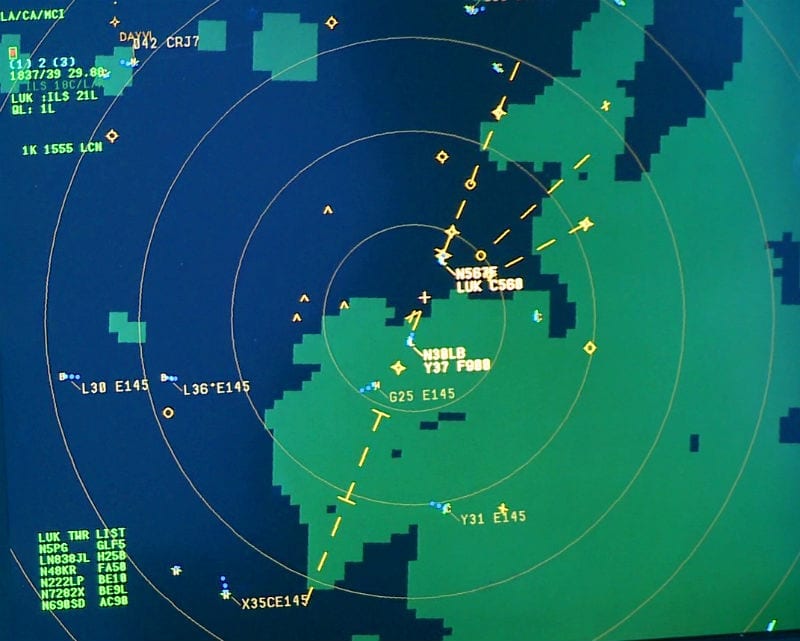 Like most of us, I always regarded ATC as my best friend, always there to help and guide me, a calm and trusted resource. As you will see, that all changed one spring day in Oregon. Now I am more likely to think of them as the Air Traffic Cops and, sadly, I don’t think of them anymore as my friends.

The radar scope doesn’t lie–but what is ATC’s responsibility?

Upon landing at Corvallis, Oregon (CVO), I made my final call to Cascade Approach to cancel my IFR flight plan and that was when I heard the dreaded words: “I have a number for you to call, advise ready to copy, possible pilot deviation.”  As soon as she said it, I knew exactly what it was about and I guess I thought I was going to have to eat a bit of humble pie and express remorse, but it really was not a very serious transgression and I never expected the consequences that would follow my call to Cascade Approach.

On the way up to Oregon from my home in Northern California, I was flying my Bonanza at 10,000 feet just to the south of Eugene (EUG) under IFR on a beautiful sunny day with no cloud and a million miles visibility. “N8TS descend and maintain 6000”–that was an easy instruction with no ambiguity.

I dialed 6000 into the S-Tec and pressed the buttons and down we went. Unfortunately, as I was later to realize, I had pressed the VS but not the ALT button, the consequence of which was that we continued down through 6000. Oops, mea culpa, bad mistake and a great lesson in complacency. As it happened I was watching the jet that was taking off from Eugene way below me and accelerating and climbing several miles ahead of me and got kind of distracted.

At 5500 feet I realized my mistake and started my climb back up to 6000 just as ATC came on the radio and asked my altitude. Probably lacking judgment but in the interests of honesty, safety and talking to my friends I said that I was at 5600 climbing back to 6000. She asked me to expedite my climb and that was that.

As was later confirmed by the ensuing FAA investigation, there was never any loss of separation, the jet was miles away and thousands of feet below, but I was careless and did bust my assigned altitude. Little did I realize the months of stress that were to follow that one moment of inattention.

The lady at Cascade Approach had asked if I would call back to discuss the incident with the supervisor. Prior to that call I talked with AOPA Legal who advised me to come clean and accept responsibility and said that I would probably just get a slap on the wrist. I also visited McDonald’s to find a WiFi hotspot and filed an ASRS report.

My call with Approach was a bit strange, in that I was talking with someone but could hear someone else in the background giving him instructions of exactly what to say. I did as advised by AOPA, expressed regret, accepted responsibility and said that I had learned from the experience and was very sorry for any inconvenience that I had caused them. The message relayed back to me from the voice in the background was that they would be passing a report to the FSDO and any further action would be out of their hands.

Having talked with ATC acquaintances, I understand that this was the point at which it could have been handled “in house” and that would have been an end to the matter. There was no loss of separation, no harm–no foul, and a valuable lesson learned by an experienced but somewhat complacent pilot.

But, just like the Highway Patrol who writes a ticket instead of giving a warning, it was destined not to be. And so began several months of forms, statements under penalty of perjury, investigations, copies of license, logs and medical and many sleepless nights. It was all handled very professionally by the FSDO and the Regional Counsel, but you really have to go through an experience like this to understand the pressure that a formal investigation by a government agency puts on you. In the end the FAA issued a Letter of Warning that will be expunged from my record in two years.

I am not quite sure who the winner was in this scenario. The FAA didn’t gain anything but spent an inordinate amount of time and money achieving not a lot, I didn’t gain any additional knowledge or skill that I hadn’t already acquired from the salutary lesson of the experience itself, and most importantly ATC lost a friend.

Is this incident, as Stephen Gray describes, one in which there was “no harm, no foul?” You be the judge and jury. Is this a case of bureaucracy run amok or did this pilot get what he deserved?

A DC-3 dream: fleeting as it was
Scroll to top