Blog - Latest News
You are here: Home1 / Article Archive2 / Technique3 / Engine failure: how to predict it and how to react

A friend of mine flying an RV-6 had an engine failure on takeoff. He was 15 seconds into the flight, airborne with no going back. He put down in a corn field. He and his passenger walked away mostly unhurt. The aircraft not so much.

There are lots of articles out there about flying the aircraft in this scenario but very few about what caused the abrupt power failure. What does a reciprocating engine need to function? Air, fuel, spark (at the proper time), functioning valves and valve timing, functioning compression (dependent on camshaft, crankshaft, pistons, intake and exhaust), and finally lubrication. 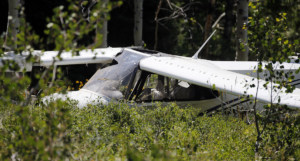 There are very few mechanical failures in modern engines, but they do happen. The question is how do we identify impending failure, if we can, and how do we mitigate it?

The simplest solutions are those that are pilot-induced.

Do you have fuel? Is the selector on the tank that has fuel? Is the fuel clean? Did you sump the tanks for water before the flight? Do you have the correct fuel? If the line person topped your tanks with jet A, you may well detonate at full power, ruining your engine not to mention your day. When was the last time the fuel filters were checked? Last 100 hours condition inspection, annual? Does your engine have a filter bypass valve if the filter becomes clogged?

Did you turn on the auxiliary fuel pump before takeoff (the auxiliary pump is required by FAR part 23.991) and check it actually worked? We did not talk about air-fuel ratio, but assuming you can start and taxi it is not way off initially. If rich, power will be reduced, may foul your spark plugs and eventually your valves, but is unlikely to cause sudden loss of power. If you lean too much, it could cause detonation at full power, with a sudden loss of power. Lean appropriately for your engine and density altitude.

Do you have air? Carburetor ice can accumulate when taxiing and may not be noticeable until full throttle operation. A dirty air filter is more subtle, strangulating your engine slowly. For the same throttle position, does the engine come to the same RPM each time at run-up? Are your EGTs slightly depressed? Carburetor heat bypasses the air filter in most engines, so if carb heat increases the RPM rather than decreases it, your air filter could be clogging. If you suck a bird into your intake, an alternate air source—carb heat—could save your day. All are examples of decreased airflow to the engine. I clean or replace the air filter yearly.

Your engine needs spark at the proper time to ignite the air fuel mixture. The magnetos need their timing checked at annual or condition inspection to make sure they have not drifted. The magneto points, cam, and gears all wear, changing the timing. Just because you have an electronic system does not mean you are home-free. Those wear also and have failure modes. That is why we have two “independent” systems. Or do we? Well, the systems are not quite independent. Both mags are driven off of gears that mesh to the crankshaft. If one of the gear teeth fails, getting stuck and stripping other gears, or the pin (often referred to as a “Jesus pin”) holding the sprocket to the crankshaft fails (yes, I have seen this) you get no spark. No spark, no power. Electronic systems often trigger off a crankshaft sensor, and these also can fail precipitously.

How about valve failure? Well if a valve leaks or a valve breaks, then that cylinder will no longer produce power. For those of us with four cylinders that’s at least a 25% reduction in power, a very rough engine, and lots of engine vibration. It will get your attention! But it will not cause a sudden and total loss of power. Next we have a change in valve timing. Valve timing is controlled by the camshaft, through push rods to rocker arms that actuate the valves. Wear on the camshaft (lobes) slowly changes the lift of the valves and thus timing. Occasionally a piece will break off, causing one valve not to work well and that cylinder will not develop full power. 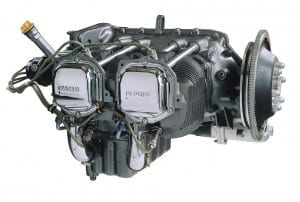 A camshaft can snap or twist, causing severe vibration and loss of power. The big one, though, is if the camshaft stops. How can this happen? The camshaft is connected to the crankshaft through gears, as it has to time the valves’ opening and closing to piston positions that are controlled by the crankshaft. Well, what could go wrong?

First the camshaft can snap. More likely is we are back to our old friends: the gears, bolts, and pins holding them to the camshaft or the crankshaft. The gears can fail, as can the crankshaft pin. What might cause this? The most common is when they are put under unanticipated load. The problem is they may fail many hours later. What kind of load am I alluding to? Sudden engine slowing or stoppage, such as a prop strike. This is one of the unpleasant reasons our engines need to be torn down and inspected post-prop strike. Generally those pins, bolts, and sometimes the gears, need to be replaced.

We now get into the general mechanical failures. Cylinder separation, connecting rod fracture, piston pin failure, crankshaft fracture, etc. Not much you can do about these catastrophic failures either before or after the fact. You will certainly know when they occur, either by significant loss of power, extreme vibration, or sudden engine stoppage, often accompanied by oil everywhere.

Lastly for our discussion, there is loss of lubrication, oil, or oil pressure. This can be from lack of oil to begin with—you did check oil before starting the engine? Or perhaps all your oil parted company with the engine, leaking out. No oil pressure can be from no oil, a clogged oil intake, or from a failure of the oil pump. A failure of the oil pump can be slow, giving the pilot some warning, or right now. The right now variety can be from something stuck in the pump, shearing of the drive shaft, or stripped gears.

So we are now at the point of how can you minimize the possibility of something going really bad. First, start with your pre-flight. There is fuel in the tanks and when you sump it it’s clean, no water and the correct color. Does the engine have oil? If it’s down always ask why. If you have a puddle of oil under the aircraft that usually means it’s a non-fly day, unless there’s a good explanation. With engine start, it should start easily, run, and idle smoothly. Oil pressure comes up rapidly. There are no unusual sounds such as knocking, whistling or grinding. When you taxi it accelerates well, with no coughing or hesitation.

It is now at the run-up area. Relax for a moment and recheck all the gauges. Hopefully it is at operating temperature, idling well and smoothly at its usual RPM. All the cylinder temps are normal and close to each other, as are the EGTs. If the EGTs have one cylinder hotter and that goes away with run-up, think induction leak. Turn on the auxiliary fuel pump and notice the increase in fuel pressure. Nothing else should change.

Now it is time to do your run-up. The engine should smoothly increase RPM up to that recommended in the POH. Is the engine now running smoothly? Are the CHTs and EGTs all similar? Good, your valves appear to be mostly working. Oil pressure has increased and is within limits. Turn off the fuel pump—nothing should change. Turn it back on. Turn off one magneto. You should see a slight drop in RPM as the combustion in the cylinders becomes slightly less efficient. Switch to the other magneto. The RPM drop should be similar. If the engine tries to quit, you now know that one ignition system is non-operational. Taxi back to your hangar and don’t fly until it’s fixed. If the engine gets rough, check your EGTs, and note which one drops. This is the cylinder with the faulty ignition lead or spark plug. If all EGTs are similar,but the engine is rough or slows excessively on one magneto, the timing may be off. 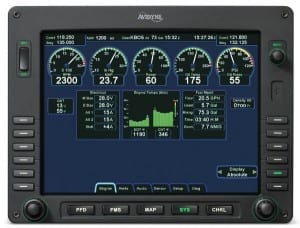 Understanding what all those bars mean can make a huge difference in engine reliability.

Assuming the rest of your pre-flight check is OK, it’s now time to go fly.

What long term things should you be looking at in your engine? I check my fuel filters every 100 hours or so and annually. When I change my oil I send it off for analysis and check trends. I always check the oil filter screen for debris as well as inspect the oil filter for metal. If the engine is making metal I follow the manufacturer’s recommendations on actions that should be taken. Annually when I check the magnetos I pull them off, check for shaft play, replace the gaskets, and look for gear wear both on the magnetos and what I can see in the accessory case. I also generally borescope annually in addition to the general annual recommended engine inspections.

As a parting note, listen to and observe your engine. Most failures will give some warning if you are paying attention. I wish I could say this is always the case. Remember, a new engine is more likely to fail than one that has several hundred hours. Then as engine time increases, chances of failure also slowly increase.

As for the RV-6, the aircraft had fuel and it was the correct color. The NTSB has not released a report and I suspect it will be some time before they are done investigating. Preliminary reports showed a piece of plastic sheet that somehow got past the air filter and was lodged in the carburetor throat, blocking air intake. Our breakfast group speculated about where the plastic sheet came from. The builder of the aircraft, also the pilot, worried about the possibility that he did not remove the protective plastic film (sheet) from the aluminum inside bottom of the filter air box over ten years ago. Another of the group felt that the rubber seal around the air filter had deteriorated, leaving a gap and allowing the plastic to enter from the outside. Well, we were all speculating but will most likely never know for sure. We do know that $100,000 in damage was caused by 50 cents worth of plastic.

As for the passenger, it was her first flight in a small aircraft. I hope she was not badly traumatized and will continue to have an interest in aviation. Fly safe, check your airplane, and train for the worst. David Gissen
David Gissen is a physician who soloed in a glider at 14 and earned his private license at 16, more than half a century ago. He has commercial, SEL, MEL, glider, instrument, and A&P ratings. His interests include aircraft oxygen systems and educating pilots on high altitude physiology. Currently he is building a Rans S21 near Denver.

A North American flying adventure with my son

The Four Winds: Spain’s record-setting flight to Cuba in 1933
Scroll to top