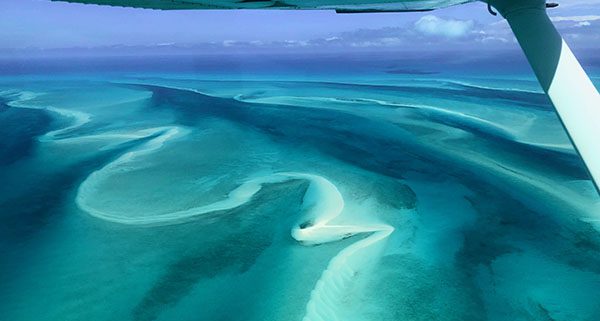 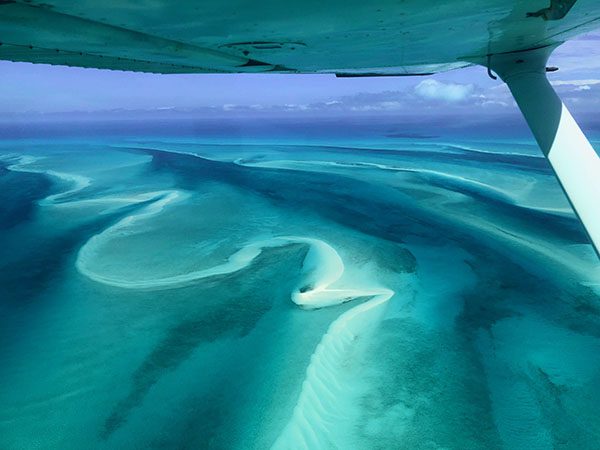 The view: Surreal aerial views above the Schooner Cays, Bahamas

The memory: A landscape often flown over but one that never ceases to amaze. On a commissioned photo shoot of the island of Eleuthera, one passes over these cays. We call it “our Van Gogh!” Paul Harding
Captain Paul Harding, originally from the UK, was brought to the Bahamas as a youngster after being educated in England. In 1989 he ordered a factory new straight-float seaplane from Maule Air in Georgia—not having a clue how to fly! He attended flight school at Rockledge Air Park on the east coast of Florida. He soled in nine hours and passed his PPL with just 40 hours. He then added a seaplane rating at Jack Brown's Seaplane Base in Winter Haven to complement his new seaplane with just less than 48 hours total time. Over the years he added all his commercial/instrument/multi ratings in land and sea. Paul formed the first commercial seaplane operation in the Bahamas in 1990, retiring after 17 years with nearly 14,000 hours experience. He published his autobiography, “Sharks in the Runway,” which is available on Amazon.

A pilot fresh from the sim gets a real world test

Old and bold—not
Scroll to top