Aviation fuel has been continuously improving for nearly a century, and it continues today with the development of unleaded aviation gasoline. 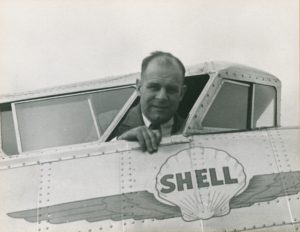 As far back as the 1930s, the advantages of high-octane aviation gasoline (avgas) were recognized. Jimmy Doolittle left the active Army but was still in the Army reserves when he was hired by Shell Oil company in 1930. He was in charge of Shell’s aviation department and strongly advocated developing higher octane aviation fuels. Shell was able to produce 100/130 octane, but because of the process used, it was over one hundred times more expensive than normal automotive gasoline.

The higher octane fuel allowed higher compression ratios with the resultant greater horsepower, without increasing the engine size. Doolittle set the world’s high-speed record for land planes in 1932 using Shell avgas. That same year, he won the Bendix Trophy Race from Burbank, California, to Cleveland, Ohio, in a Laird Biplane and he took the Thompson Trophy at Cleveland in a Gee Bee racer with an average speed of 252 miles per hour.

Luckily for the Allies in World War II, a French engineer, Eugene J. Houdry, immigrated to the United States in 1931. He developed a process to refine 100/130 avgas that was far less expensive. In France, he had been researching converting coal into gasoline. Working with Sun Oil in the United States, he perfected a process using a regenerated catalyst to convert vaporized petroleum into high octane gasoline. It was known as the Houdry Process, and it came about in the nick of time for the Allies in WWII. The first large-scale plant came online in 1940, and the British were able to modify their aircraft engines to use the new higher octane aviation fuel for the Battle of Britain. The boosted (turbocharged) engine performance shocked the Germans. The speed of the Spitfire increased from 340 miles per hour in 1939 to 425 miles per hour in 1944.

The development of 100/130 avgas was initially a case of Catch-22. The engine manufacturers needed a fuel that could withstand the higher compression ratios and not detonate prematurely. At the same time, the fuel refiners needed a large enough customer base to afford to set up the refining capacity for high octane avgas. The aviation demands in WWII satisfied both requirements. By the end of then war, 17 Allied refineries were producing high octane avgas.

In the early days of avgas development, other factors besides the octane level needed to be solved for powering aircraft engines at high altitudes. The fuel had to have a low vapor point to prevent vapor lock. High altitude = low outside pressure, which requires a low vapor point. A low vapor point means you can climb to higher altitudes (low pressure) before the avgas turns to a vapor. “Sea level” gasoline turns into vapor at mid altitudes due to their high vapor points. Fuel pumps don’t work well on vapors! The viscosity also needs to be fairly constant and not gel at the low temperatures in the high altitudes (the ISO temp at 25,000 feet = -30 degrees F). The later stage WWII piston engine fighters could fly above 30,000 feet. 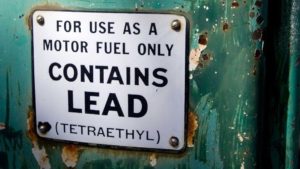 The main effort, however, was on raising the octane level. Tetraethyl Lead (TEL) was the main additive used to prevent premature detonation or explosion in the cylinder. A rapid burn that causes the gas to expand on a wavefront is the desired condition. Sustained detonation, or knocking, can blow a hole in the piston. TEL was cheap, and it did the trick. On the flip side, too much TEL could result in spark plug fouling with no detonation improvement. While hotly debated today, lead was thought to provide some lubricant for the piston rings and reduced wear on the valves and valve seals.

Characteristics and specifications for avgas are published by ATSM International. The specification for 100/130 and 100LL is ASTM D910.

EPA actions to get the lead out

The elimination of lead additives started in the 1970s to prevent children from getting lead poisoning. This primarily happened when they chewed woodwork. Infants often chewed on their crib rails or other trim work and ingested lead from the paint. Unfortunately, the lead additive in paint had beneficial properties. Lead gave the paint durability and generally lasted longer than water-based paints of the 1970s and 1980s. It took approximately ten years before the paint manufacturers developed a way to make water-based paint as durable as the “old” lead-based paint.

The campaign moved on to eliminate lead from most products. Next, lead was removed from automotive gasoline. Again, the lead additive helped even burning rather than the detonation of the fuel in the cylinder. Lead in solder was next. Solder used to have a large percentage of lead, which helped it melt at a “low temperature” and then hold solid when cooled. Lead-free solder doesn’t work as well in electronic applications: “tin whiskers” are a more significant problem with lead-free solder. Aviation electronics manufacturers were previously able to get a waiver to use lead-based solder due to the critical nature of the avionic computers, but no longer.

Each time the regulations were tightened to eliminate more uses of lead, it was several years before “workarounds” were developed. We are now on the cusp of elimination of the waver for 100LL avgas. In January 2022 the EPA said it will issue an Unleaded Fuel Endangerment Finding, which could be the first step in making 100LL illegal. Fortunately, work has been ongoing for several years to develop a viable alternative. 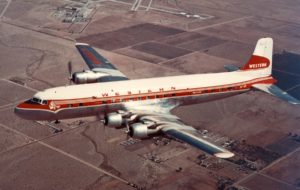 The US airline fleet used to consume vast quantities of leaded avgas.

While the elimination of 100LL avgas is the current target of environmental groups and the EPA, there has already been a significant reduction in lead emissions. In the 1940s and 50s, we had hundreds of Douglas DC-3,-4, -6, -7 aircraft and the Lockheed Constellations, Boeing Stratocruisers, and numerous other military and civilian piston aircraft in service. Many of the air transport and military transport aircraft had four engines with a much higher displacement. They consumed vast quantities of leaded avgas. At that time, the avgas had 0.12% TEL. Today 100 LL has a maximum of 0.056% TEL. In 1945 the US produced 28.4 million tons of leaded aviation gasoline. Today it is approximately 0.56 million tons.

Even with the reduction in lead emissions, the widespread elimination of 100LL is expected soon. This is not just due to the environmentalists but due to the economics of serving a dwindling market. As shown previously, there were five grades of avgas, but today only one is in volume production. Other than some custom racing blends, 100LL is the only gasoline product that still contains TEL.

Compounding the economic situation, leaded and unleaded fuel cannot normally be stored or transported in the same tanks due to contamination from the leaded fuel into the unleaded fuel. The availability of TEL is another issue. Outside of China, there is only one manufacturer of TEL, and that is in Europe. It is inefficient for the refiners to produce leaded fuel for such a small market that continues to decrease. The refineries’ output of kerosene-based Jet/turbine fuel has far outpaced complex hydrocarbon-based avgas since the 1960s.

Several companies have produced unleaded avgas. Hjelmco Oil company introduced grade 91/96UL which was approved by the Swedish Civil Aviation Authority in 1991. In 2006 Hjelmco introduced the unleaded grade 100 UL which at the same time was tested and evaluated by another European Civil Aviation Authority. Hjelmco states that the fuel meets ASTM avgas standard D910 parameters (100 LL standard) in all respects except for energy content (gives 1-2 % potential higher fuel consumption).

In the US, Shell Oil has produced small quantities of lower octane unleaded avgas. Exxon Mobil and Philips 66 have done research and development work. According to Phillips 66 Frequently Asked Question on Unleaded Aviation Gasoline, in 2020, they said they are targeting 2025/2026 to “commercialize” UL100. Swift Fuels is producing UL94 and is working on a no-lead 100 octane avgas. But General Aviation Modifications Inc (GAMI) has a considerable advantage. They are the first to obtain an STC for use of their G100UL™ unleaded 100 octane avgas, which was announced at EAA AirVenture Oshkosh 2021. They are also actively expanding the Approved Model List (AML). As of October 2021, they had 611 aircraft/aircraft engines listed on the AML. 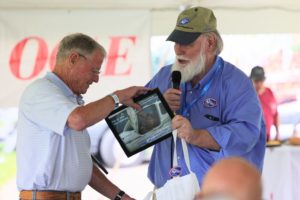 GAMI appears to be in the lead for now, after making a splash at AirVenture 2021.

The significance of the STC should not be underestimated. GAMI went through the FAA Issue Paper process, which is enough to deter even experienced certification engineers. It would take the oil companies considerable time and effort in an FAA certification program. It’s also an area in which the big oil companies have little experience. Having said that, the FAA’s Piston Aviation Fuels Initiative Project (PAFI) seems to continue to sputter along.

Additional advantages for GAMI are:

It is unclear if the big oil companies will be willing to incorporate additives that they didn’t develop or invent. Some large engineering companies have a bias that if they didn’t invent it, it can’t be any good. It even has its own acronym, “NIH” – Not Invented Here.

The companies that blend fuels will likely be the early adaptors for G100UL production. Avfuel, a national fuel distributor, will handle all the interaction with the oil companies or blenders’ production side. Avfuel will also handle the distribution to the FBOs. GAMI will maintain overall quality control.

The evolution of avgas continues as we move into the era of mogas and unleaded 100 avgas. Finding mogas without ethanol may be the next challenge.