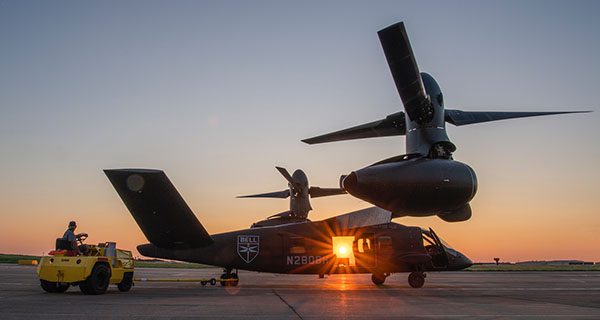 The view: Bell V-280 being rolled out at dawn at Plant 6 on the Arlington, Texas airport.

The mission: Having worked for many years as a Bell contract photographer, I was privileged to be assigned to the V-280 from its first flight on December 18, 2017 thru its last (retirement) flight on April 21, 2021.

The memory: During September of 2018 Bell Helicopter was deep into flight test operations with their advanced military-oriented V-280 tilt-rotor testbed. The latter is a competitor in the US Army’s Future Vertical Lift initiative which is on-going as these words are written. As the aircraft was being towed into position, I saw an opportunity to possibly catch the dawn sun through the open cabin doors as the aircraft moved slowly across the ramp. The result is what you see.

The siege of Khe Sanh

Understanding responsibility: my first flight with a passenger
Scroll to top