Blog - Latest News
You are here: Home1 / Article Archive2 / I was there3 / Base turn over the trees 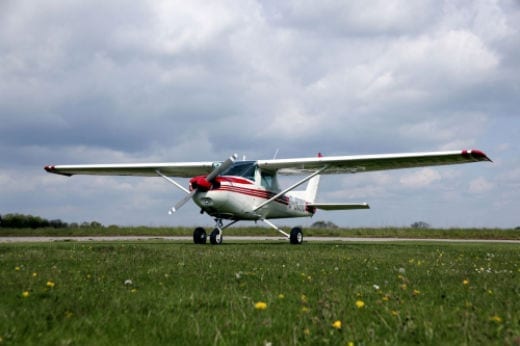 It was a summer’s day of yesteryear when a gentle, steady breeze filled the open spaces. The treetops swayed gently to the vagaries of the ethereal currents, brushing the leaves into the harmonics of a hush sound. You could hear the birds singing or whatever it is they do and if you closed your eyes for a bit, you could hear the crack of the baseball bat as the seams of the baseball hit the grain of the wood smack on the sweet spot. You could almost smell the charcoal in the barbeque. That summerly, that day was.

I sat in the Cessna 152 with the keys on the glareshield, shivering with the promised delight of flying the aircraft alone into the wild blue, away from the surly bonds of Earth’s gravity. This was my second solo flight for multiple landings to a full stop. Oh yes, this would be fun. Excited and forcing the professional demeanor of experience that was lacking, I made myself check each of the pre-start checklist items one at a time, twice and a furrowed brow. The external checklist had been completed and now I was ready for the pre-start. With the mixture full rich and the primer primed, I turned on the key and the chug, chug, sound whimpered after about 10 turns of the propellor. I waited and tried again after another push of the primer. Again, the chug, chug for the 10 more turns and nothing. 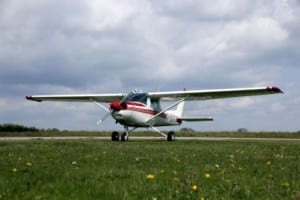 The Cessna 152 has many lessons to teach.

I could see the door open and in stepped my CFI, a 10 year younger, newly minted instructor. “Having trouble?” he asked as his eyes fixated on the panel.

“OK, let’s try this…” and with that he leaned the mixture, pushed in the throttle halfway in and told me to turn the key, while holding the brakes. I did and wouldn’t you know it, the engine fired up. He smiled with his expression of superiority and stepped out. “You’re all set,” he said walking back in through the door without looking back. Darn, I need me some of that experience and boldness, I thought.

With the engine purring away in its discreet RPM and the fuselage shaking just a bit as it usually did, I taxied to runway 1. After the pre-takeoff checklist had been checked and double checked, I announced my intention after clearing both ends of the runway and lined up to take off. The thrill and anticipation once again filled me with that curious excitement that gives your fingers the feel of tiny invisible tremors. Adrenaline pumping into the arteries makes it so thrilling as everything clears out, focus gets acute, and nothing but the moment is there.

Seconds later, after the push of the throttle, the short roll of the wheels, and my still-crude mechanics, I abruptly lifted the aircraft off the runway. I was off and flying. The runway is north-south with a forest of trees about 100 feet to the east. As the aircraft climbed above the 100 ft., the easterly breeze caught me broadside and the nose veered to aerodynamically correct for the wind. With just a little of over-manipulation as you would expect someone with a 20 hours of flight experience, I allowed the aircraft to fly me.

What amazed me compared to previous experience was that upon reaching the road north of the field, the trusty Cessna had reached 700 feet to start the crosswind turn. I turned right crosswind as was the pattern at that airport. Now I was really flying, in my mind, rocketing over the trees at 1000 feet at Cessna 152 speed of 90 knots. The right downwind required a bit of left aileron to prevent me from being blown right over the runway. Having corrected for the wind, I put the first notch of flaps in and the aircraft slowed a little with just a slight nudge of hesitation. I looked for my 45-degree angle back to the approach end of the runway. Fortunately, no one was in the pattern.

I turned right on base and pulled gently on the throttle to reduce the airspeed and put down the next notch of flaps to slow down further. The aircraft was over the trees and descending and I noticed that the aircraft was buffeting slightly. I had noted a similar feel while practicing stalls with the instructor. But this was not a practice stall. I had just turned base and holding 700 ft. on the turn to the final approach. Clearing the trees that appeared closer than usual—especially with the burble of the wings and the gurgle in my stomach—all sense had oozed away. It was more flight than fight going on internally. Option one was to stay above the trees and not crash into them. Option two was Option one. So, the only available device was the throttle: thrust and power. That was all I could think. And I was all-in with the throttle. The engine revved up and the buffeting eased up a bit, but I could still feel the unease in the seat of my pants. Something was not quite right.

The plane again buffeted some more, and the airspeed decreased by five more knots. The mushy controls felt slightly mushier. My instinct was to push the throttle steadily to full but it was already firewalled forward. I was now turning final and felt (fortunately) that I was higher than usual. I pushed the yoke slightly to pitch the nose down to get down as quickly as possible and the buffeting went away immediately. I pulled back the throttle as the speed increased. The aircraft descended with all the bumps and bruises of the slight turbulence from the easterly breeze sweeping over the trees. 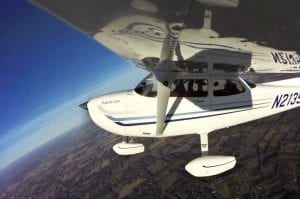 Stalls are often practiced at altitude, but that doesn’t mean they can’t happen in the pattern.

I landed, but something inside of me was gasping for air. I rolled to the very end of the runway and I heard someone with an authoritative voice: “Hey Cessna—can you get off the runway!” I exited off the 3200-foot runway at the end.

I taxied back to the FBO and shut off the engine. The CFI walked back out moments later. “What’s up guy? You are supposed to do three landings.” I looked at him and he must have seen the pale cast from the drained color. “What happened?” I explained to him and he said, “You did good! OK let’s wait a little and catch your breath, drink some water, and get back on the saddle and remember: any buffet is an impending stall. At low altitude, power gives you most leverage as well as a slight nose down to make the wings fly again, which is exactly the correct input you made. At higher altitudes simply pushing the nose down three to four degrees can stop the stall with minimal loss of altitude and smoothly applying the power to keep flying.”

He continued in that one long breath of air: “Besides, the winds are from the east and turning right base the wind shifted from a crosswind to a downwind which caused the slight wind shear of changing wind and the problem you experienced.” He thought a bit, gathered some more oxygen from the air and then said, “Once you start the landing process, anticipate the nose to always stay down while on the descent. Pulling the yoke to maintain altitude and turning at the same time decreases the vertical component of lift and increases the load factor so you would need more speed. But allowing the nose to keep descending reduces that possibility. But always remain alert to that possibility while in the traffic pattern.”

Oh yes! I went flying again and nailed both the landings. That event is laser-etched in my brain. The recall still gives me the feel and form of that day and the event. The primacy of that event has served me well.

The art of being a co-pilot

How a local airshow thrives and dies
Scroll to top