Blog - Latest News
You are here: Home1 / Article Archive2 / I was there3 / The day my glider checkride almost went bad

This story is about my checkride for a Private Glider license, which almost resulted in landing short of the runway in the middle of the cornfield.

A glider checkride consists of three individual flights, one of which includes a simulated tow rope break on takeoff. A rope break is an emergency maneuver that, depending on the glider’s altitude, would result in a 180-degree return to the field. 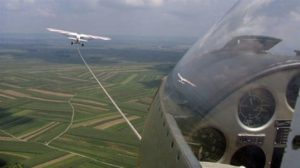 That rope is the only thing keeping the glider climbing after takeoff.

Based on past checkrides, it had become the expectation that the rope break would occur on the second flight. But, by my third flight the examiner still hadn’t pulled the rope release. So, I was primed for the rope break on my last flight.

But as we turned crosswind on the last flight, he still hadn’t released the rope. I started thinking he must be going easy on me and maybe I started to relax a little—when WHAM he released the tow rope!

I lowered the nose and made a right-hand turn…

Most pilots are familiar with how the ground appears below them and with experience can begin to judge their height above it as they get closer to it. From altitude the crops, trees, hills, etc. below them all appear somewhat flat, with a nice blend of matted colors. As you get lower more of the ground features begin to stick out.

So, as I was making my turn back to the airport, the corn, like many other fields, from altitude looked like a nice green textured mat. 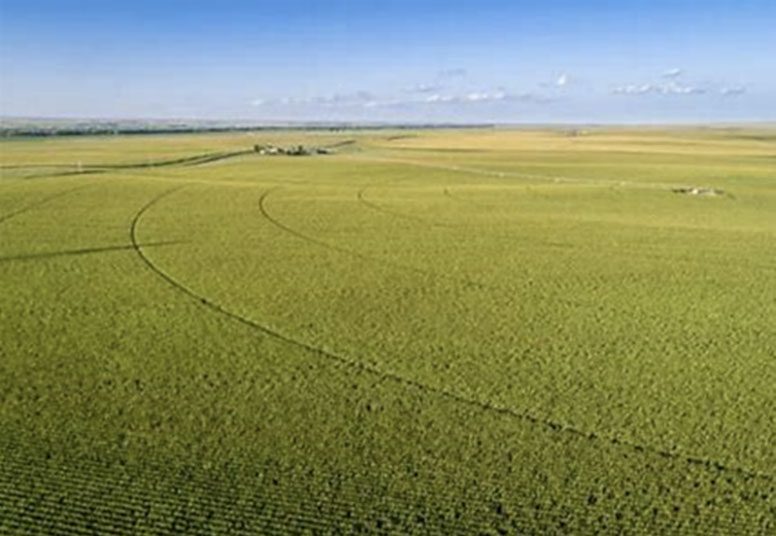 But, as I got lower, the features of the mat started to become a little more distinct, and I could begin to see the rows of corn.

As I got lower still, I could not only see the rows of corn. I could begin to pick out the tassels on top of each corn stalk! 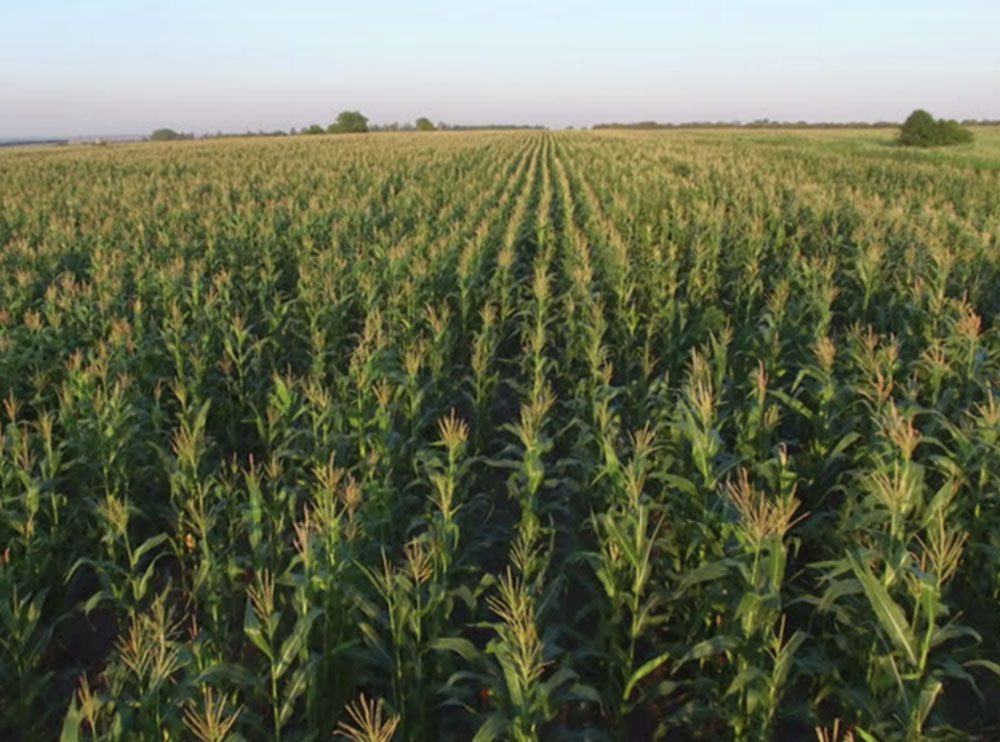 So, by now you are probably beginning to surmise—things were not exactly going well for the ending of my checkride.

At this point the examiner hadn’t been saying much. The runway was more or less staying in the same spot on the canopy, which indicated we might still make it to the runway—as the corn tassels became even clearer and more defined.

At some point the only comment I heard from the examiner was something to the affect of, “Keep your nose down!” Or maybe, “Keep your speed up!”

Shortly after, we safely made it to the runway. If the truth were known, we were probably saved by ground effect. After coming to a stop and getting out of the glider, we realized that everyone on the field had been highly entertained and had been wondering if they would have to come get us out of the cornfield.

So, you are probably wondering, what led me to almost land short of the runway in the middle of a cornfield? The short answer: my right turn after the examiner pulled the rope release on crosswind. Obviously, it was a turn away from the airport.

The next question someone might ask is, what made you turn right after the rope break instead of left toward the airport?

To look for answers, the club’s safety officer (who by the way was also the examiner) and I had a lot of discussions concerning our episode and the possible causes that led up to it.

First, we focused on the club’s normal procedures.

2. What the accepted procedure was for a normal tow release. The “normal” procedure for a glider releasing off tow is for the glider to turn right and the tow plane to turn left—each and every time. This ensures there is always separation from the two aircraft.

We then reviewed how the rope break was being trained and practiced in the club.

1. Each takeoff required a callout at 200 ft. to note that if the rope broke at that point it was now safe to return to the runway.

2. When practicing a rope break, the instructor would pull the release while still flying straight out from the airport, after the 200 ft. callout. The pilot would then be expected to make a “normal release” turn to the right and the tow plane would turn left—each and every time.

Finally, we discussed my expectations during the checkride.

1. That the rope break would occur on the second flight.

2. That the rope break would occur going straight out from the runway

Can you begin to see where all this is going?

The results of our review were eye opening. Not only for me, but also for the examiner and the club.

We found that our procedures and training:

1. Had us “programmed” to expect a rope break to occur going straight out from the airport.

2. A release from tow was always a turn to the right.

3. Didn’t include practicing a rope break after turning crosswind.

4. Didn’t include a discussion of the importance of turning toward the airport, if the rope broke someplace other than straight out, or the affect wind direction could have on the return to the airport. 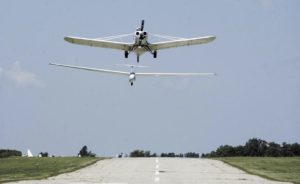 Not all emergencies happen at the same place the simulated ones do.

You have probably heard the phrase: “Train how you fly and fly how you train.” Well, I and the other club members were flying how we trained!

Repetition and doing a task the same—each and every time—builds standardization and helps ensure a pilot can perform the task or maneuver properly. Which is a good thing, when the task has no variables and requires that it be accomplished by rote.

Repetition is not such a good thing because it creates expectations which then affect your decision making. Also, doing tasks by rote is detrimental to being able to make split second decisions when you must take into account several variables that affect the outcome of the decision. Such as: where is the airport, where is the wind coming from, and if I need to get back to the runway what is the closest direction to turn back to the airport?

As a result of my checkride experience, the club changed its procedures for training and practicing rope breaks. The takeoff checklist was expanded to include briefing the wind direction and direction of the turn off tow. Instructors also began conducting simulated rope breaks from all different altitudes and locations around the airport. A discussion of human factors, expectations, etc. and their affect on a pilot’s decision making was added to the ground schooling.

Oh and by the way, I did end up earning my Private Glider license that day for not trying to stretch the glide and putting us into the corn field!

Craig Bixby
Craig Bixby has been captivated by airplanes and aviation for as long as he can remember. He worked on aircraft in both the US Army and the US Air Force, and retired from the military in 1988. He first soloed in a Cessna 150 in 1970 but did not earn his SEL Private Pilot Certificate until 1986. Before leaving the Air Force he added an Instrument Rating, earned his FAA Airframe and Powerplant Certificate, and completed a Bachelor of Science Degree through Embry-Riddle. After leaving the Air Force, he began a new career as the Manager of Maintenance Training for a regional airline, retiring in 2015. While attending the 2008 Reno Air Races, he had the opportunity to take a couple of introductory glider flights and became hooked on soaring. Once back home he discovered that there was a glider club in his area and after joining, he earned his Private Pilot Glider certificate a year later. He went on to obtain a Commercial Glider Pilot license in 2010. He has owned a Cessna 172 and a Taylorcraft BC-12D. Though he is not actively flying, he does participate in his local EAA chapter and looks forward to the possibility of one day owning another aircraft.

Hang on young man: fighting an invisible enemy in a T-33
Scroll to top