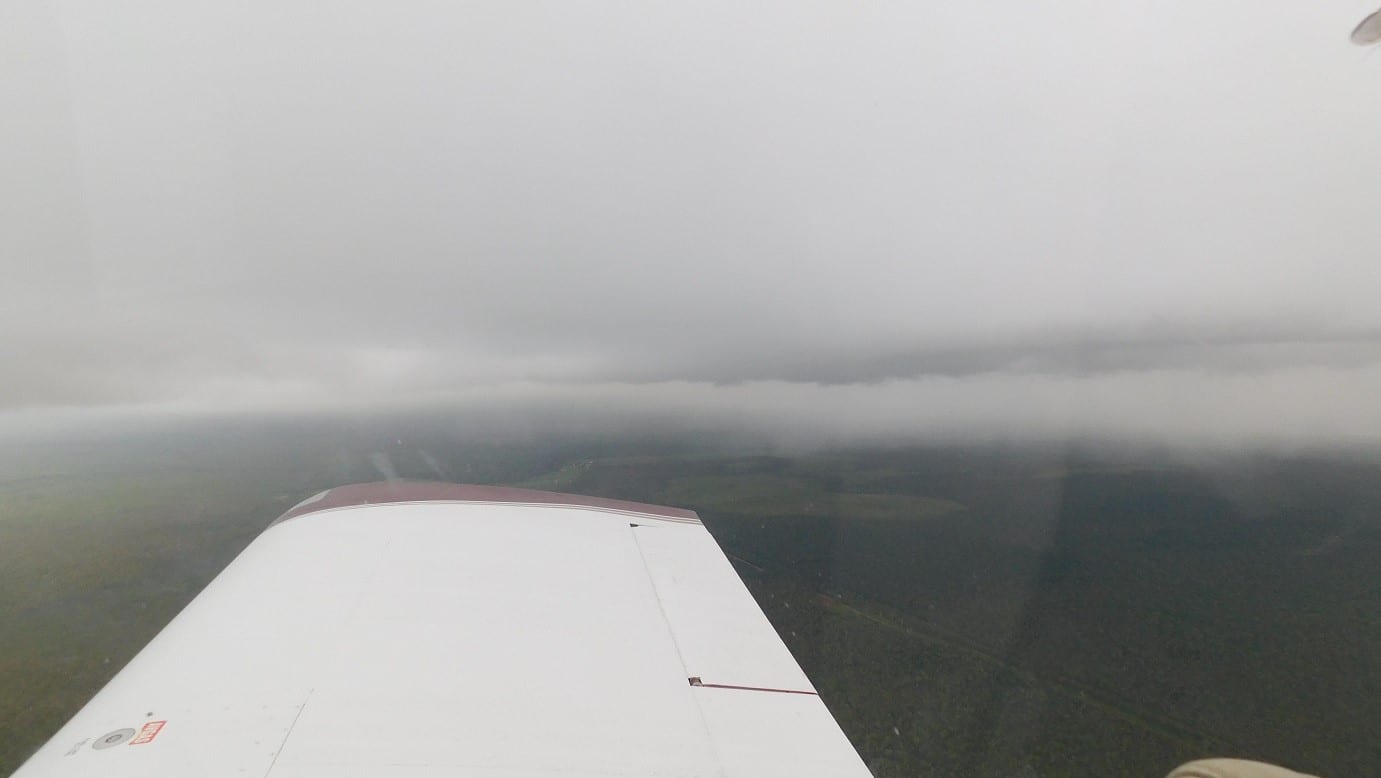 You’ve heard the cliche: flying isn’t dangerous, it’s just unforgiving. This may be a tired saying, but there’s a lot of truth in it. The airlines have proven that flying can be the exact opposite of dangerous, but only if it’s approached with a fanatical commitment to training and procedures. If we’re honest with ourselves, this challenge is a big reason why flying is so rewarding—if we can master such a complex and demanding skill, we can rightly feel proud. It’s why completing a single pilot IFR flight is so satisfying, even thrilling.

The unforgiving nature of aviation has serious consequences, though, which we should remember every time we sit in the left seat. The stakes are simply higher than in almost any other part of life, so our day-to-day risk management tools are not fit for purpose. If we’re unrealistic about our new year’s resolution, it probably won’t hurt us and we can always try again next year. Flying is a different story: you only have to be wrong once for tragedy to strike.

In this unforgiving environment, safety is mostly up to the pilot. It’s not necessarily about fancy footwork or a detailed understanding of aerodynamics; it’s about how you approach every flight, your personal safety culture. I believe the right mindset starts with being ruthlessly realistic, or in the words of Richard Collins, “What you see is what you get.” The point is, whether we’re dealing with aircraft performance, weather, or avionics, we have to be constantly readjusting our sense of the situation. What’s really going on now? How does that compare to my expectations? Do I need to adjust my plan? What else might have changed given this new information? 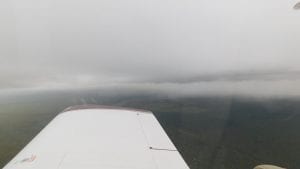 Is it realistic for a VFR pilot to press on into such weather?

A pilot who becomes lazy, or hangs onto old information because it’s comforting, sets himself up for all kinds of mistakes. Consider these common accident scenarios:

Being realistic in the airplane is much harder than it sounds, because confirmation bias is a formidable opponent—we all lie to ourselves when it makes life easier. We embrace the one METAR that shows VFR conditions, since it matches our plan, even while we ignore the 20 other METARs showing IFR conditions. We tell ourselves the fuel gauges are lying, but only when that reinforces our preferred outcome.

Part of this bias is simple laziness. Our brains have evolved to be highly efficient, and constantly reevaluating our decisions is the opposite of efficiency. That means our first decision (to take off in marginal weather, to skip a fuel stop) often gets locked in, because it’s a lot easier for the brain to find confirming evidence than it is to rigorously explore alternatives. It takes conscious effort to shift our brains out of automatic decision-making mode (system one in Daniel Kahneman’s famous description) and into deliberate thinking (system two). This is all a scientific way of saying get-there-itis is as human as love or anger; it’s never going away.

Breaking the cycle usually requires some type of formal process or at least a personal “decision-making circuit breaker” to make you reevaluate. One strategy is to imagine you are giving advice to someone in your situation—the friend on the phone—which removes some of the personal pressure. Taking this outside view has been shown to improve decision-making in all kinds of activities, including flying. Or as one of my early flight instructors said, “start writing a NASA form and see how it sounds.” That’s usually enough to make me reconsider a 50/50 decision.

Another strategy for defeating lazy thinking—especially if you find yourself saying things like, I don’t need to check the weather; I’ve made this flight dozens of times before—is to focus on what might be different this time. We love to fit new events into a pattern, and as we gain more experience we tend to do this more often. While experience is helpful, author Michael Mauboussin points out that rules of thumb and automatic decision-making become less effective as the task becomes more dynamic. So I’ve seen this before can be very helpful in chess, but might be less applicable in the ever-changing world of flying.

Instead of automatically thinking about why this flight is similar to previous ones, fitting new data into a story you’re familiar with, take the opposite perspective. List all the factors that might make this one different, from weather to equipment to fuel status. Is it really as similar as you thought at first? 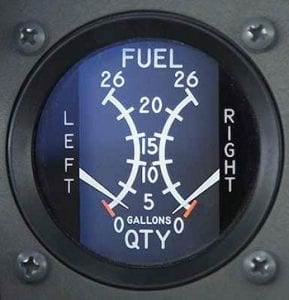 When all else fails, lean on standard operating procedures, personal minimums, and the FARs. These can occasionally be frustrating, but that’s exactly the point—they remove the opportunity to be creative and make spur of the moment decisions. These are often the worst decisions in aviation, because they throw out many hours (perhaps years) of careful planning, checklist development, and training in favor of emotional impulses. One reason the airlines have such a stunning safety record is they make most of the most important decisions on the ground, in air conditioned rooms, with no passengers in sight. By the time a pilot is faced with a fuel decision or a low approach, there is nothing to do but follow the plan.

I’ve discovered a helpful (and somewhat unexpected) benefit of embracing a realistic pilot’s mindset: I find myself thinking more clearly about all kinds of life decisions. It does take practice, but when you get in the habit of seeking out all kinds of information—even when it’s uncomfortable—you can better evaluate everything from car purchases to parenting choices. You will still make mistakes, but a quick glance at social media suggests we all have plenty room to improve this skill.

It’s not all bad news. One trend that suggests pilots are becoming more realistic in their approach to risk management involves Cirrus airplanes and their built-in parachute systems. There are now more parachute pulls and yet fewer fatal accidents in SR22 and SR20 airplanes. It seems Cirrus pilots are becoming more realistic about their ability to save the airplane when something goes wrong (engine failure, severe ice, loss of control). Instead of trying to be a hero and save the airplane, they are pulling the red handle and saving their lives. That takes guts to admit, but it’s most definitely progress.

Just be careful not to get carried away. When we’re told to “be realistic,” it sometimes gets interpreted as “be conservative.” That attitude will probably keep you safe, but a truly sharp pilot knows the difference between conservative and realistic. I do not think you should cancel a VFR flight every time the weather is less than 3000 and 10; I do not think it’s unsafe to push yourself by taking a long cross country and occasionally feeling just a bit uncomfortable. The conservative move will keep you alive, so it’s not wrong, but it might also cheat you from a perfectly safe learning experience.

Being realistic means continually evaluating current airplane and weather conditions, comparing them to current pilot capabilities, and never allowing the two sides to get out of balance.

Life in an airplane, on and off the water