Of all the many fascinating aspects about aviation, a very underrated one is regulation. Yes, you read it right, I have a profound respect for the rules that govern our activity. Of course there is always room for improvement, but the whole shape they have nowadays and how they have been perfected through time, is a testament of how good the concept was in the first place.

Think of it: in the beginning, there were no regs at all. Imagine flying in a world without regulations! Well, some pioneers figured out that with freedom comes a big responsibility, but many others were overwhelmed by the lack of limits. From there comes the idea that regulations are written in blood. In fact, they often reflect the learning curve depicted with accidents through aviation history.

A fine example is found in §91.151 and §91.167. Let’s be honest: if there were no VFR or IFR reserves enforced by the rules, what would we, individually, consider as reasonable, if anything? Maybe you and I would still think of the 45 or 30 minutes on our own, but it would be naive to assume everyone would, let alone think of an alternate, and the number of accidents related to fuel starvation would probably be way higher. 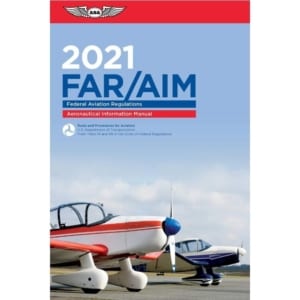 There is a point to all those regulations.

The same goes with §91.119: they might seem arbitrary and too strict at first sight, but for sure more pilots lost their lives for not having a reference in the past than nowadays for not respecting them. And come on, 500ft is not that bad. Having trouble following the rules? Feeling too restricted? How about §91.155? If one mile and clear of clouds for VFR is not generous enough, I don’t know what is.

And now a little perspective from the airlines: from some similar requirements—like the three takeoffs and landings every 90 days—to some complex low visibility details, an airline pilot is certainly not paid to fly, but to read. If you think A TOMATO FLAMES was large enough, wait until you see ETOPS, NATS, CRM, IFBP, NADP, the duty time limitations, the fuel planning, the different rules for every country you fly to, the special training to operate in specific airports. All those things are separate from the already demanding knowledge of the type rating itself and of the much more alive paragraphs of the company’s main manuals, emails, and bulletins. At a time when it is much easier to update documents and every crew has thousands of pages inside their tablets, things change by the hour and keeping yourself up to date is a never-ending task.

But we’ve got to be fair; the black vertical bars next to some paragraphs must have something to do with the excellent aviation safety record in the last decades, and if 121 doesn’t afford the flexibility of 91, there are certainly some good practices from the line that could and should be absorbed by general aviation. And for commercial reasons, it has been happening to some extent to flight schools, where a once too-relaxed environment has been changing into a more standardized one in some of the biggest names of the basic flight training business worldwide.

In my opinion, it could go even farther. No matter how incidental or leisure-driven your operation is, conducting it with a certain level of professionalism will always pay off. “Proper planning prevents poor performance,” remember? But, like most of us, I wasn’t born in love with regulations—three encounters in my student life and career changed my way of seeing it. The first was twenty years ago, during college. Although I hold a bachelor’s degree in communications, I had two semesters with an excellent law professor. One of the exercises he used to give us would be showing a case, the verdict, and giving us twenty minutes to find out in what laws of our country’s constitution it was based. Surprisingly enough, almost all the class would get to the right pages, strong evidence of the beauty underlying that brick thick book.

The second moment was during my cabin crew ground training, five years later, on my first aviation job. One of the instructors used to offer small prizes to whoever got the company rules right first. Like he used to say, “you don’t have to know everything: you have only to know where to find it quickly.” These airline-manual-handling skills would naturally improve greatly throughout my career, and 16 years later, flying in a much more complex environment on the other side of the world, those fundamentals are still vivid and  used daily.

The final moment, though, would be during my Private Pilot training, a decade later. When I was first presented the FAR/AIM, I was intimidated—getting to know all that looked like an impossible task. And it is, but applying the previous concepts already so solid in my mind made the rather cold words of the FARs look like a magenta line, or a course in a VOR. “They are written by lawyers,” my CFI once said, and with the life experience of someone who had immigrated to America as a kid from Iran in the seventies, he added, “follow them and you will be untouchable.” 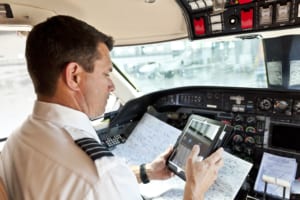 iPads make it easier for companies to distribute ever more rules.

But back to our dear regs. Before leaving you with these nice lessons from three great people who crossed my path, I would like to share my favorite regulations. Is it that weird to have a favorite regulation? Well, if it is, I apologize. But the first I am going to mention you should love too yourself: is the §91.3 (b). This is one that can’t go unnoticed: a regulation that allows you to ignore all the others! We don’t see this often. Of course you need a good reason to do so, but nevertheless as a legal resource it is a very precious one. So precious that there are similar examples in much dryer environments, like the NOTAMs for civil aircraft flying close to conflict areas, for example. For someone so strict about complying with the rules, a rule to exempt all others is like the holy grail of rules, right?

But although some regs are very clear and leave little room for interpretations, others are pure poetry. That brings us to my favorite reg of all time. If you are a Private or a Commercial Pilot, you may not have seen it yet. But if you intend to be or have passed an Air Transport Pilot check ride, you are certainly familiar with §61.153 (c). Who would have guessed that among the eligibility requirements to become an ATP, you would need “to be of good moral character…”

Some may argue that it is too vague, but as the saying goes, “after 1000 hours, a pilot is what it is.” So, I assume that by 1500 it is not that hard to identify the trends and deny or revoke a certificate based on someone’s files. But apart from practical uses, it certainly sows in the back of a pilot’s mind the sense of example and excellence he must hold once he or she gets to the highest civilian aviation certificate.

In the end, the regulations are there to protect us, not to punish or limit. And the ultimate goal of every small part of the aviation machine is to make the number of landings equal to the number of takeoffs. Keeping your flight safe is not always easy, but respecting the regs is surely a good place to start.