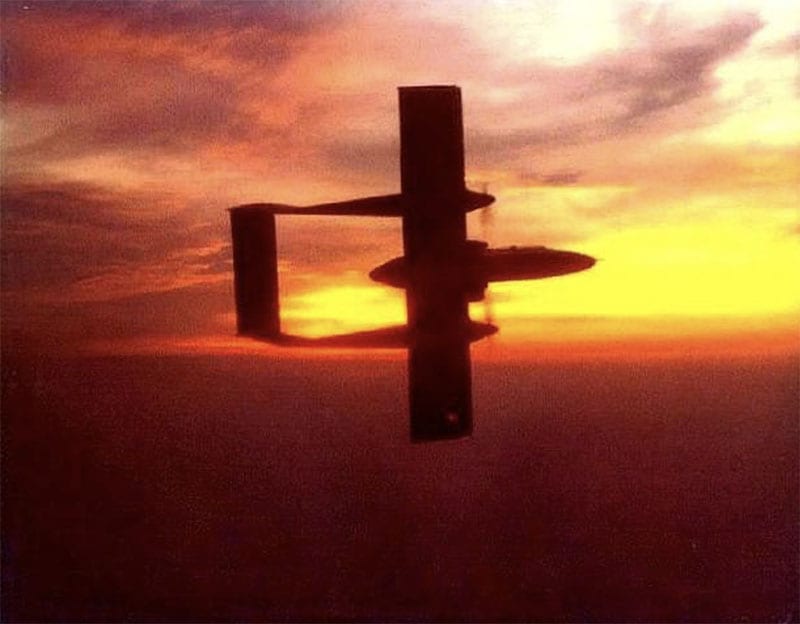 The view: An OV-10 Bronco at daybreak over northern Cambodia, early in the summer of 1973.

The mission: While flying with the 23rd Tactical Air Support Squadron (callsign Nail FACs, or Forward Air Controllers) on one summer day, I had the first takeoff from our Forward Operating Location at Ubon Airbase in Thailand. This translated to a 2:45 am (!) briefing at the Intell shop, a 3:45 showtime at the airplane, and gear up at 4:15. My roommate had taken off a few minutes behind me and we were both headed south to either support Khmer forces on the ground or to conduct visual “recce” to find and destroy the Khmer Rouge. With nearly a one hour flight until we arrived on station, we used the time to do some chores to get ready for the day. That included getting our maps (1:50,000 charts covering ALL of Cambodia) strategically situated in the cockpit, and, using a grease pencil, writing much of the information (frequencies, code words, etc.) we needed handy on the canopy, where it would be easy to read during the heat of battle. We also checked our radios, which played a big role in our mission. First, we made certain our secure voice capability was properly configured for the day, as it could be utilized with several of the radios with which we were equipped. We already knew our UHF radios worked because we had just used them to get where we were, but we checked them anyway as they were critical to our ability to communicate with the fighters we would be directing against targets later that day. We made certain our HF was available for long-range comms (or else to listen to the BBC, Radio Australia, or the Voice of America—some guys even used the HF to “phone home” with the help of Ham radio operators). Next was our VHF/AM, used to coordinate with the Airborne Battlefield Command and Control Center (the A-B-Triple-C), a specially configured C-130 with whom we worked. Finally, we checked those two radios which we used most often, our VHF/FMs, used to communicate with other FACs as well as ground commanders. When we were finished, the sky had begun to lighten in the early dawn and Pat reported that he could see my aircraft ahead of him. We were in uncontrolled airspace, it was simply see and avoid, which was difficult at night because we always flew with all external lights turned off as the enemy gunners were pretty good at tracking illuminated position lights and beacons. I slowed down and suggested that he speed up to catch me so I could take his picture using my trusty 35mm. In a few minutes, Pat was flying off my left wing.

The memory: The sun was just below the horizon and I thought it would make a good picture. Pat flew abreast of me on the east side and counted down from 3; when he reached zero, he broke away from me and I snapped the picture. We did this several times as digital cameras were not on the market and I would have to see the prints later to see if I got a good shot. When I did get the prints back, I selected this one, had it printed as an 8×10 with a matte finish, and posted it in the squadron to see if others might like a copy. I got orders for about 50, which I had processed and delivered to my fellow FACs. The original is on the wall in my office.

The joy in flying

Into the muck
Scroll to top