Blog - Latest News
You are here: Home1 / Article Archive2 / I was there3 / How the Reno Air Races saved me 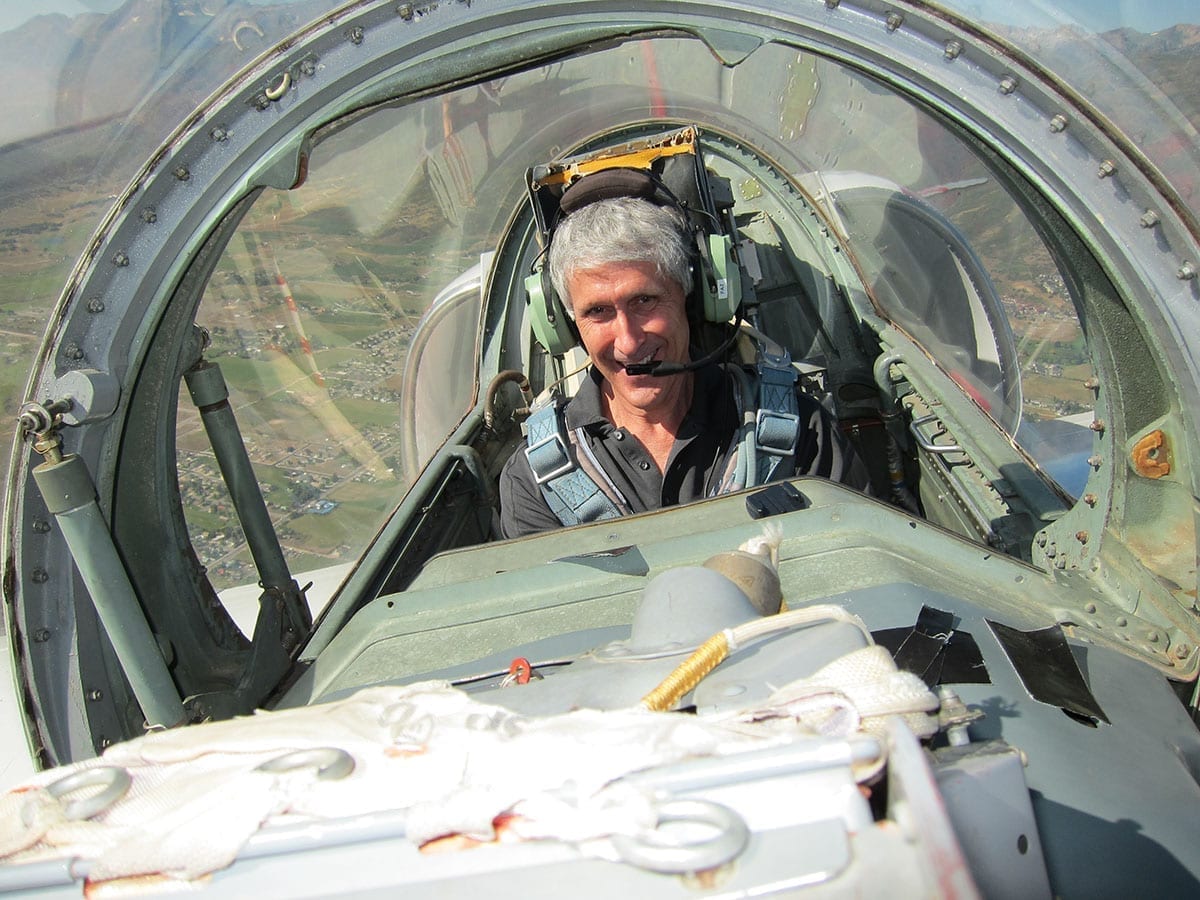 It was disappointing to learn that the 2020 STIHL National Championship Air Races were cancelled. The organizers cited concern for the safety and health of race fans over the coronavirus pandemic and the restrictions on large scale events. While the reason is understandable, it is nonetheless a big disappointment to race fans and aviation enthusiasts, particularly for me.

An early career change took me in an unplanned direction away from aviation. After 24 years in the industrial diamond business a customer from Hayward who knew of my aviation background invited me to join his “September family” in Reno for the air races. After so many years, I thought this would be a one-time visit. However, this courtesy visit blossomed into fourteen years of annual pilgrimages and a rekindling of my passion for aviation.

Flying in the Jet Class at Reno sometimes means speeds of over 500 mph.

As a teenager, my love of aviation lead me to study aeronautical engineering at The Ohio State University, with a private pilot license earned along the way. Searching for a flight test position, the Navy offered just such an opportunity, including flying in jets. It was an easy decision and I was off to Patuxent River in Maryland, home of the Naval Air Test Center. I joined the Carrier Suitability Flight Test Branch, which was tasked with testing aircraft carrier catapults, arrested landings, and automatic carrier landing systems. Flights in F-4s, A-6s, and A-7s—but mostly F-14s—was a thrill never to be forgotten, especially cats and traps off and on the carrier.

My pilot training continued with a commercial rating and instrument ticket. This led to a flying job selling RNAV equipment for general aviation and military aircraft. After a couple of years the company was struggling and with the start of a family, I answered an ad in the local paper for a technical marketing position. GE had a secretive industrial diamond business and it was a perfect fit. There was never a conscious decision to leave aviation, but this worldwide business with fascinating peers and customers was alluring. A decade later I left to start my own business in the same field. This new challenge became my focus of all my energy and unfortunately aviation faded to the background.

The initial invite and trip to Reno fourteen years ago made me realize how much I really enjoyed aviation. I was hooked! With each passing year Reno became more enjoyable, but still as a spectator.

Reno is really about the people, not the airplanes.

The Reno Air Races are unique and there is nothing like it anywhere. When I mention the races most assume it is like Red Bull Air Races, which generated lots of media exposure. There are six different race classes, but I developed an affinity for the Sport and Jet classes and became friends with many of the pilots and their families. The racers call the annual Reno Races the gathering of the September family, and it is truly that atmosphere.

The Jet Class includes jets such as the Aero Vodochody L-39 Albatros and L-29 Delfin, de Havilland D.100 Vampire, Fouga CM.170 Magister, Soko G2 Galeb, and others. Sport Class aircraft include the Lancair Legacy and Super Legacy, Nemesis NXT, Super Glasair III and Glasair II, Thunder Mustang, Rocket and RVs. Racers compete for position early in the week and then race in Gold, Silver, Bronze, and Medallion heats around an 8-mile course at Reno/Stead Airport 16 miles northwest of Reno. The fastest jets top out over 500 mph only 50 feet off the ground, while the top Sport Class racers are at a blistering pace exceeding 400 mph.

The annual pilgrimages to Reno continued until one year my friend said, “Pat, you have to start flying again!” My initial reaction was that 25 years had been far too long to be away from flying. My brain was engaged, though, and I thought well maybe it isn’t so farfetched!

So it was off to a local flight school to see if I could still fly a Cessna 172. After a few flights, I was back in the flying game, rebuilding skills. Technology had advanced quite a bit over the years and a decision was required whether to relearn steam gauges or jump right into a glass panel, which won out. That probably wasn’t the easiest decision, but liberal use of the “Direct To” button on the G1000 helped pave the way to learn how to operate the system. The FAA regulations posed another challenge between what I had forgotten and all the new information to learn. Early on I thought it was just too much, but persistence paid off and it all started coming together.

A trip to Reno eventually led to buying an airplane and reconnecting with general aviation.

Just getting back into the flying game wasn’t enough and upgraded skills became part of the plan. That led to a multiengine rating, tailwheel endorsement, seaplane rating, aerobatic training, and now a focus on the challenges of formation flying and aerobatic competition.

The rental planes were fine initially but those needed an upgrade as well. Having a fair amount of Mooney time led me to a search for that plane as well as Bonanza, Cirrus, and Columbia aircraft. I found a gem of a 2008 Cessna (Columbia) 400 and have accumulated 1,000 hours of flight time in it. It is such a sweet plane to fly and I enjoy every opportunity I get to fly it, especially on the coast-to-coast trips. The recent addition of an RV-8 fits the bill for formation flying and light aerobatics.

That one unassuming, or so I thought, visit to the Reno Air Races did truly save me, from an aviation perspective. But it wasn’t only the flying that was so special, it was the people and a shared passion. Through Reno I have met many of the racers and become good friends. And not only the racers, but their families and the race fans. It truly is a “September family” and I will miss the get-together this year. If you haven’t attended the Reno Air Races, consider adding it to your calendar for September 2021. If you love aviation, you won’t be disappointed.

My life changed totally after returning to aviation. So if you haven’t flown in a while, at least consider giving it a try. I think you will enjoy the challenge and fun that only taking to the skies can bring to those who have “slipped the surly bonds of earth,” to quote the poem High Flight by John Gillespie Magee, Jr! Pat O'Brien
Mr. O’Brien received his BS in Aeronautical and Astronautical Engineering from Ohio State University and an MS from the University of Southern California. Prior to forming his own association management company in 1992, Mr. O’Brien was sales manager for GE Superabrasives, a leading supplier of diamond abrasive products. He began his career as a project manager in the Carrier Suitability Branch at the Naval Air Test Center in Patuxent River, Maryland directing the test and evaluation of catapult launch and arrested landing of Navy jet aircraft. He then took a flying position for Foster Air Data as sales manager for RNAV systems.