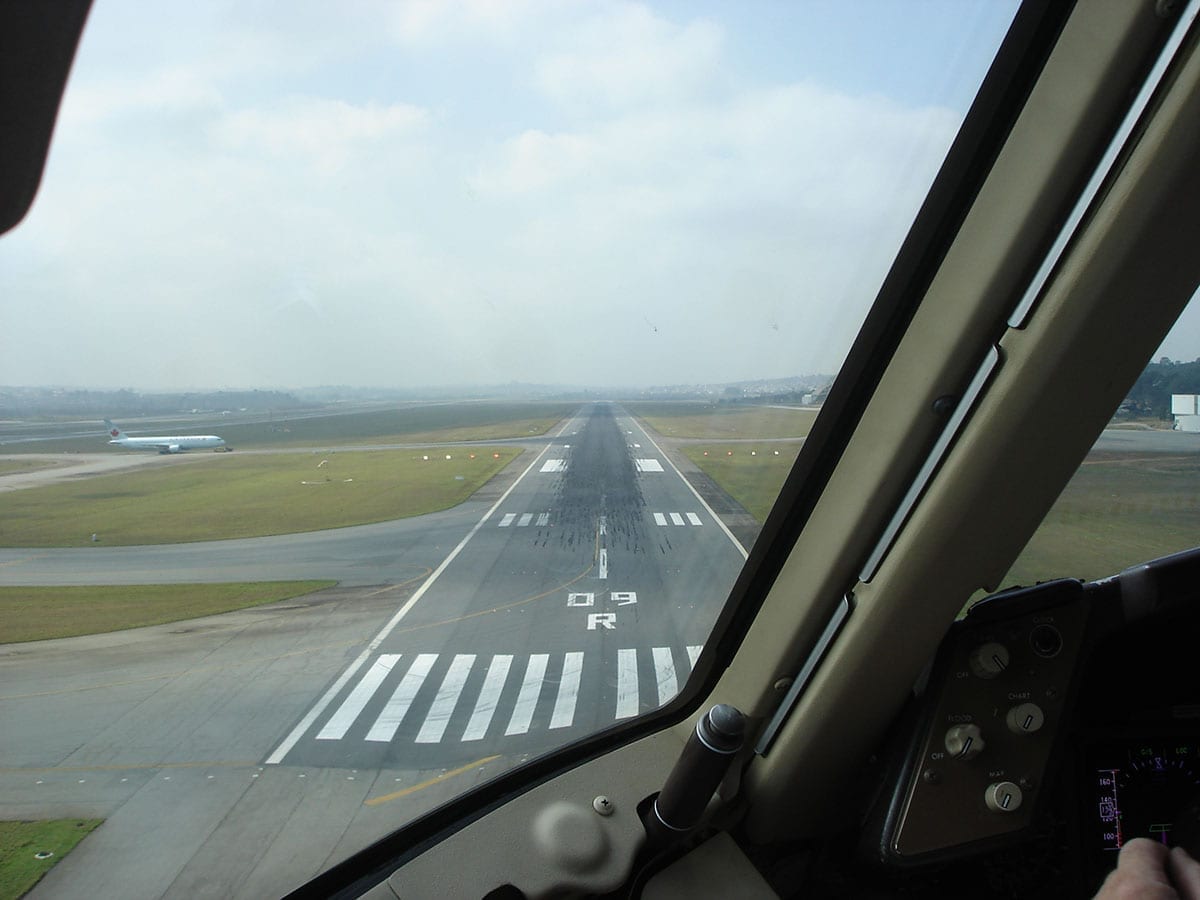 Who would have guessed? Most pilots—notably airline ones—are flying less than ever since March, and the number of unstable approaches has skyrocketed. According to a recent report from the International Air Transport Association, the rate of unstable approaches per thousand flights jumped from around ten to fifteen monthly in the last two years to 28 in April and 37 one month later.

Well, we saw it coming and wrote about it on the article published by the end of May. No guessing now, though. An extreme case of an unstable approach had already opened many eyes with the Karachi crash.

The report shows specifically the contributing factors, and… surprise, surprise: thrust came from the bottom of the usual list to a level way above the others. Many unstable approaches are unstable because the thrust was not well managed. And thrust means energy—airliners are approaching high and hot like never before. At least not since the stabilization criteria has become the standard in the industry. Be well configured, on speed, thrust above idle, gear down, landing flaps, usually using references like a thousand or five hundred feet above the touchdown zone as thresholds for the “safety window.”

Before that, it was not uncommon to see earlier generations airline pilots doing their own SOPs all the way to a power-off approach. The newer generations, though, aptly named “children of the magenta” by the old and gold Captain VanderBurgh, have little clue of how to use a multi-ton glider. They and those who came after have learned that approaching with power is essential for a safe outcome. But with the enforcement of safety standards, closer follow up with the Flight Operations Quality Assurance data, and the multicolored moving maps, we got stuck in a “usual approach” recipe.

Most of the time this recipe works well, to the extent that if we are proficient enough we can follow it and yet keep the drag ratio very low, flying at idle power from cruise to around eight or ten miles from the runway, when gear goes down and thrust is finally needed again. Part of the job is guessing what ATC has in mind, since most places are prone to use radar vectors instead of published STARs.

By this point, the hard work is over—the airplane should be configured, on speed, and on glide path.

With speed brakes you can correct if you are too high. With patience and a few extra kilos—or pounds, or gallons—you can compensate if you are too low. Other than that, flaps one before the initial approach fix, flaps five before the intermediate approach fix, and when on glideslope gear down and higher flaps settings, to be fully configured and on Vapp by a thousand feet, around three miles from the threshold. Few things change if you have to capture the glideslope from above, or if local restrictions ask you to maintain, let’s say, 160 knots up to four miles out. All them are practiced often in a normal world.

Nevertheless, the COVID-19 pandemic that has shrunk the passenger network to mid-1980s levels presents us with some challenges. It’s not like we never had direct approaches, shortcuts, or empty airspace before. Arriving at an idle European airport at noon nowadays is no different than doing the same at midnight half a year ago. The tricky combination is adding that to our lack of proficiency after weeks, sometimes months, out of the cockpit. Not even in our craziest vacation dreams did we see two or three months off, and in a scenario that everything is so uncertain, the last thing we need is to get in any shenanigans.

So, to get more practical, let’s name some threats and how to mitigate them. After all, we are the threat and error generation pilots, right?

1. It is summer in the northern hemisphere. Higher temperatures bring us weird winds and higher glide paths, especially on RNAVs. Be aware of them; they must be worked on. Brief them and act accordingly. Anticipate the higher rates and tailwinds. And do not try to master your touchdown just because it is the only landing you are doing this month—jets land based on attitude, and as Mr. Boeing says, “a smooth touchdown is not the criterion for a safe landing.” Your job is to land safely, not smoothly.

2. High cost indexes. Fuel is cheap and regulations are being stretched to accommodate long turnaround flights. Do not overlook the effect that the CI will have on your descent and approach speeds, directly or indirectly. Once more, brief it and work on it. It is much easier to bust an altitude or get a TCAS RA at 340 knots than at 280.

3. Air Traffic Control. As we said a couple months ago, they are also recovering from the whole mess aviation is suffering. Sometimes it is just lack of proficiency, like us, or sometimes they actually have to deal with more sectors or aircraft than they were used to because fewer people are working on ATC too. So, they are still doing a great job, but like our mechanics they are under great pressure. And most important: on empty skies, they are likely to give you shortcuts, or even unusual clearances like, “from the present position, clear for the approach such and such, report established” when you are nowhere close to a familiar fix.

4. Many airports are wisely taking the opportunity to expand—yes, it may take some time but this will end like every other crisis did—and many taxiways, runways, ramps and navaids are marked with a bold WIP or U/S in the NOTAMs. Brief them, be vigilant. If in doubt, stop, ask, find yourself on the ground before moving again.

5. This could be with the fourth, but anyway: many airlines have their whole fleet on the ground all around the world, and jetliners are not exactly small things to be in storage. Do not clip anyone else’s wings or APU. Neither you nor they need to spend extra pennies on maintenance right now.

6. Although there is always more: flying with the mask is awful, I know. With glasses, even worse. But the real threat is that it’s harder to hear your colleague or get subtle non-verbal expressions—after all, they account for over 70% of our communication and are severely impaired by using masks. But it is what it is, I refuse to think of it as a new normal, but it will certainly last for a while. Once again: brief for it, raise the CRM tools, and you will be fine.

So, if we can remember ourselves as much as we can to be conservative, to respect our limits and recognize that they are temporarily lower than they used to be, chances are that soon the unstable approach rates are going to get back to civilized levels. Although zero is probably impossible, aim for the stars, shoot for the Moon. And next time that you get cleared to the ILS at your will from downwind, resist the temptation to make a pretty one: just do it in a way you won’t have to do it twice.