Blog - Latest News
You are here: Home1 / Article Archive2 / I was there3 / Smoke in the cockpit—and stuck in the clouds 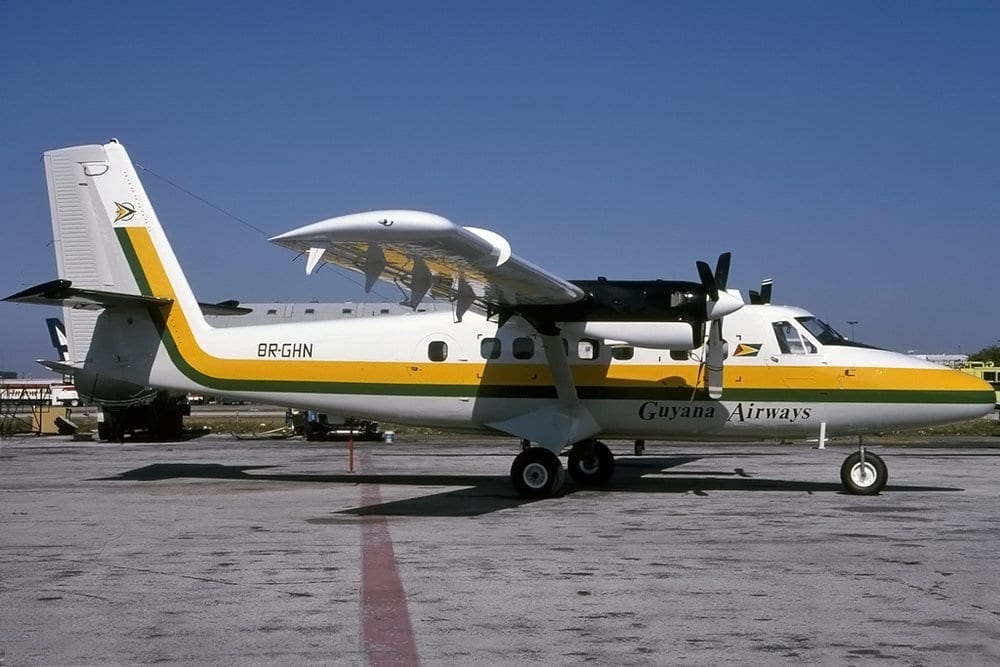 “Fire, Captain!” the co-pilot yelled. He turned around to look at the smoke billowing out from the rear of the airplane into the cabin. The passengers were screaming and trying to cover their noses from the acrid smell permeating throughout the cabin. He turned to me with fear in his eyes and repeated, “Cap, we’re on fire!”

As I turned to look back into the cabin, Alan, my co-pilot, turned back around and feverishly started opening his window. I immediately shouted at him to stop. Unfortunately, it was too late. He had managed to lower his window a few inches, and he instantly was engulfed by smoke seeking the only opening, and he blacked out in seconds from the dense smoke flowing past his face.

From the smell of the smoke that swirled past us, I was able to identify it as an electrical fire and immediately hit the master switch on the overhead panel and prayed that it would help reduce the threat that would engulf the passengers, crew, and the entire aircraft. I also turned off all the radios on the instrument panel and had a moment’s confusion about my next action.

A Twin Otter with 14 passengers is a lot to handle with no electrical system.

We were flying in a Twin Otter, DHC-6-100, and only 8 minutes into our flight to Bartica, a small village South West of Georgetown, the capital city of Guyana, South America. To make matters worse, we were in a total whiteout: rain and light turbulence. We had 14 passengers, two crew, and cargo on board. Bartica, our destination, was only a 15-minute flight from our departure, Timehri International Airport, under normal conditions.

It was a runway that had to be operated under visual flight rules (VFR) as Bartica was not an airport approved for instrument approach operations. I was confronted with the problem of having no way to continue to our destination due to the fire, the deteriorating weather conditions, and no communications.

As I was deliberating possible actions, I risked a quick glance toward the cargo compartment and noticed a lessening of the smoke coming into the cabin.

I was trying to deal with many factors simultaneously while maintaining level flight around 2,000 feet. Fortunately, there were no obstacles in the area or high ground, so that was not an added concern.

Still maintaining course for Bartica, I noticed that Alan was slowly regaining his senses as the smoke lessened. I reached over and grabbed his shoulder. “Alan, close your window,” I said.

He opened his eyes and looked at me. “What Cap,” he asked groggily.

“Close your window,” I repeated.

He managed to shut the window and asked if we were still on fire? I told him that it looked as if the fire was confined to the electrical bay near the baggage compartment.

His eyes were all reddened from the smoke and teary-eyed as well. He looked back into the cabin and saw that the smoke had almost totally dissipated, and the passengers were somewhat calmer. He asked, “what do we do now?”

I said to him, “Our options are pretty limited. We are in instrument flight conditions, with no visibility, rain, and light turbulence. We have no alternative but to turn back to Timehri.”

Now, however, I was faced with new challenges. How to communicate my problem and how to let the tower know my intentions. My prior knowledge of aircraft equipment came into play. Before I became a pilot, I was an aircraft mechanic for many years and pretty knowledgeable about any aircraft I flew. I felt the smoke came from an electrical fire in the rear of the airplane where all the radio equipment was installed.

I decided to take a cautious gamble. I turned on the master switch and one of the VHF radios used to communicate with the tower. I asked Alan to keep looking at the rear of the cabin and let me know if more smoke was starting to come into the cabin. He said he did not notice an increase, and the smoke was dying down.

I quickly called the tower at Timehri on VHF #1 and declared an emergency. The tower operator said, “Please confirm you are declaring an emergency?”

“Affirmative,” I said. “Possible fire in the rear of the aircraft and returning to the airport.”

Cleared for the approach back to base, but how do you get there when you’re IMC?

The tower operator responded, “Golf Charlie Papa (GCP)— cleared for an instrument approach to Timehri, runway 06. Be aware, low cloud cover, approximately 500-foot ceiling, and rain at Timehri at this time, visibility is less than 1 mile.”

I replied, “Negative on the instrument approach Timehri, and we only have the one VHF operating and no other navigation aids available due to the fire.”

There was a pause on the radio. Then the tower operator said, “Understand GCP, no navigation aids for an instrument approach to Timehri? Please state your intentions at this time.”

I pondered this for a few seconds. Having flown out of Timehri for years as a bush pilot and with the national airline, I had intimate knowledge of the airport and the surrounding area. Timehri airport was situated just inside a curve of the Demerara River and 95 feet above sea level.

I had made hundreds of visual approaches to Timehri, and I felt I had sufficient knowledge to try and make an approach to the runway without navigation aids (no ADF or VOR) in poor weather conditions. And I hoped that I would be making the right decision to pull off a safe landing.

I called the tower operator and advised him of my decision to make an unusual approach to the runway with no visual or instrument assistance. There was another pause and then the tower operator said, “Understood Golf Charlie Papa, cleared to land, runway 06, the wind is calm, runway surface is wet. Good luck, Captain.”

I decided to call the airline operations dispatch on HF radio and advise them of the emergency. I told Alan to look back into the cabin and check for more smoke as I turned on the HF radio. He immediately called out, “Smoke Cap, more smoke!” I quickly turned off the HF radio and realized that this was the problem with the electrical fire and smoke.

I then turned my attention to the approach to the runway at Timehri. I had made a quick notation of the time of the fire and calculated the estimated flight time back to the airport.

I tasked the co-pilot with the approach and pre-landing checklist and asked him to make sure the passengers were properly briefed for a possible emergency landing. Then I concentrated on making my initial approach based solely on time and an estimation of our approximate position to the airport.

We were still at 2,000 feet and after Alan completed the pre-landing checklist, I started to slow the Twin Otter and deployed 15 degrees of flaps. We were entirely in instrument conditions and with no forward visibility whatsoever. Looking at the elapsed time on the clock, I estimated we were nearly at the airport.

When I felt we were directly over the airport, I proceeded to make a quasi-instrument approach and a procedure turn to runway 06, trying to imitate an ADF approach to the airport. In the middle of the procedure turn, I started to lose altitude slowly and pulled back on the throttle levers to slow the aircraft, while trying to visualize the layout and our position relative to the airport. Deploying another flap setting to 20 degrees, I was now trying to line up on what I was hoping was the centerline of the runway.

Looking for something underneath the clouds.

We were now descending through 800 feet and still had no forward visibility in the rain. I told Alan to keep his eyes on the flight and engine instruments to ensure we were maintaining a steady flight path and approach speed. All the while, I was desperately trying to spot any breaks in the cloud cover.

The Twin Otter is possibly the best aircraft for this type of unusual flight maneuver due to its short takeoff and landing (STOL) capabilities. Just as we descended below 500 feet, I saw lightening of the cloud and a hint of green, which would be the heavily forested area surrounding the Timehri airport.

We finally broke out of the cloud base at around 430 feet and noticed that we were just crossing the bend in the river, which was an indication that my procedure turn was almost spot-on, and we were not far off the runway centerline. The windshield wipers were trying valiantly to wipe away the rain, and I saw that we were only a few degrees off of runway 06.

I felt I had been holding my breath for what seemed like a long time, and I finally allowed myself to breathe again! The tower operator broke in with, “GCP, I have you in sight and clear to land runway 06.” I noticed then the fire trucks and rescue equipment, with flashing lights, parked along the side of the runway.

I turned slightly to line up on runway 06, pulled back on the throttle levers, and managed a passable landing onto the concrete surface. I cracked the throttle levers into beta range, but would not need reverse thrust due to the length of the runway. I slowly applied the brakes and as we rolled past the fire trucks, I heard clapping and shouting from the passengers who were happy that we landed safely.

When we arrived at the terminal, every one of the passengers wanted to shake my hand and thank me for getting them back on the ground alive. What a great feeling of relief for me, and each of them. Dave Rohee
Dave is a retired commercial airline pilot with over 40 years of experience in all aspects of aviation. These include aircraft maintenance, bush flying, airline flight operations, corporate aircraft marketing and sales. Living in six countries in his lengthy career, he has experienced many adventures and misadventures, and a couple near tragedies during this period of his life.

Ditching a Cherokee off Hawaii