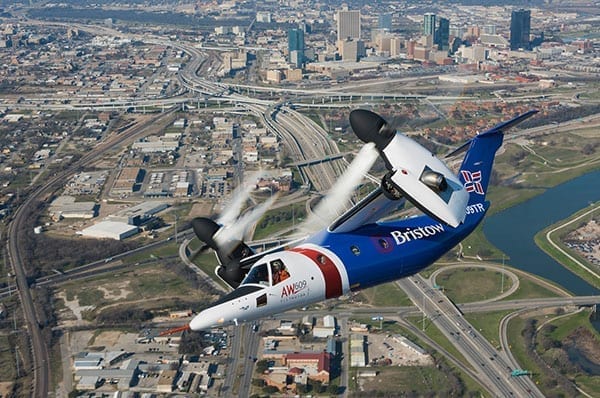 The view: Over Ft. Worth, Texas

The memory: During February of 2015 I was called in by Don Barbour of Leonardo Helicopters to photograph the company’s newly-acquired-from-Agusta-Bell Model 609 prototype in advance of the then-upcoming Heli-Expo event in Orlando, Florida. The aircraft was being repainted in Eastern and Bristow (both prospective buyers at the time) markings in order to provide a fresh perspective for the event.

In order to keep the markings “secret,” the aircraft was given its base blue and white markings in a paint facility at Meacham Airport. After that, the decals were added—all while the aircraft remained quarantined. During this period, I spent most of a day photographing the Model 609 from various angles and while suspended in a bucket lift.

After my photo session was completed, the decals were removed. At that point, we began preparations for several air-to-air sessions that would allow us to capture the Model 609 in an active setting with Ft. Worth as a back-drop. The next day, following a lengthy brief, we departed Grand Prairie Airport (where the aircraft had been flown surreptitiously after the Meacham session) and headed northwest to Ft. Worth—where clearance had been given for us to fly over the city while taking photographs.

My photo ship was a Beechcraft A36 Bonanza owned by my friend Bill Thursby and flown by my friend David Martin. The air-to-air sessions provided a number of excellent photos offering a variety of views. Several of these—including this one—were picked by Leonardo for post-production processing. The latter proved a difficult and time consuming process, but explains why I photographed the aircraft statically in such great detail while it was hangared at Meacham.

I used the Meacham images to strip out the decals and apply them to the aircraft as seen in flight. My air-to-air photos only depicted the aircraft with the blue and white paint. All of the other items on the aircraft as seen in this photo, from the N-number to the red stripe around the fuselage, were stripped-in via Photoshop using the hangar photos. The end product met Leonardo’s expectations and the photos were used extensively during Heli-Expo and for many months afterwards. They still appear occasionally in miscellaneous Model 609 stories and promotional materials.

Autonomous control systems—what does it really mean for aviation?
Scroll to top