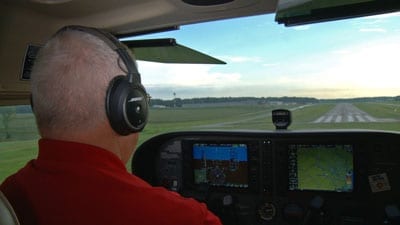 No matter what you fly or why, you’re certainly doing less flying now as the country tries to survive the Covid-19 virus. So how can we get the most effective practice and proficiency retention out of the limited flying we can do?

The traditional answer—and the one the FARs regarding currency are built on—is stay in the pattern and shoot landings. Practicing landing is important, for sure, but I think there are some other maneuvers that can test and refine your skills more effectively in less flying time.

The landing currency rules are ancient, dating way back to before my time. And I think I understand the reason for the landing practice emphasis. You see, those rules were made when most airplanes had conventional landing gear. Seems odd to call a taildragger conventional, but it was then. Not now.

Landing a taildragger, especially if there is any wind, is challenging. With the center of gravity aft of the main gear the tail wants to get ahead of the nose. And it’s your job to keep that from happening.

Staying current on landings is essential in a taildragger; but a Cessna 172?

I learned to fly in a Cessna 140 taildragger, and nearly all of my first 500 hours were logged ahead of a tailwheel. What I know about landing, or taking off in, a taildragger, is that the exercise is more subliminal than intellectual. You can know that you need to press on the rudder or brake when the taildragger swerves, but thinking about that takes too long. Your reaction must be quick and instinctive, and that comes only from actual practice.

On the other hand, landing a tricycle gear airplane is straightforward. If you have achieved proficiency in landing a type, it’s easy to retain that skill. It’s really about airspeed control, monitoring sink rate, and knowing the proper sight picture on approach. And after touchdown the trike tries to straighten its path down the runway, not diverge and head for the ditch like a taildragger.

So here are some practice maneuvers I think will test and sharpen your skills more quickly and efficiently than going round and round the patch in a tricycle gear airplane.

If you’re very demanding of yourself, and try really hard to stick to the assigned airspeed, altitude and bank angle, I don’t think there is a pilot challenge that is more difficult than the steep turn.

The well flown steep turn is actually an instrument flying maneuver. You don’t need a hood or observer pilot because looking out the windshield won’t help much, if at all. The only way to know that you’re flying the steep turn as near perfectly as possible is to scan the instruments.

The reasons the steep turn is difficult is that you must use all available control inputs. As you roll into the bank, the airspeed will decrease so you need to add power. As the bank steepens, the nose will want to drop so you must pull back to maintain altitude. At 45 degrees of bank most airplanes have a tendency to steepen the bank when you pull back and increase load on the wing, so you’ll probably need to add some aileron against the turn to stop that.

It’s hard to fly the steep turn perfectly. But it doesn’t take a lot of time like flying a full pattern does to practice a landing. The steep turn will reveal your proficiency—or lack of it—quicker than any maneuver I can think of.

This is a standard IFR training maneuver and something almost none of us fly after we get the instrument rating. But like the steep turn, it’s hard to do, and will reveal how sharp you are at making adjustments to all controls to fly the climbs and descents perfectly.

Flying a descent at constant airspeed and with the ball centered is not as easy as it sounds.

To fly the maneuver, pick a target vertical speed rate, target airspeed, and, of course, an assigned heading. When you begin the descent airspeed builds so you need a power and pitch adjustment. Establishing the target vertical speed takes many almost continuous power and pitch changes. And to level at the target altitude without changing airspeed demands reversal of most previous control inputs.

And if you’re really being hard on yourself, as you should be, keep close watch on the slip-skid ball. In many airplanes pitch and power changes also require rudder input to keep the ball exactly in the center.

The constant speed and rate descent is also perfect practice for a landing approach without the needed extra time to fly around the pattern to try again.

Tracking a ground or GPS course

No skills are more fundamental to flying, nor more revealing of pilot proficiency, than the ability to hold a heading to fly a desired course while also maintaining altitude or airspeed. If we can do those tasks no flying maneuver is out of reach, and our landings will be safe.

To see how good you are, punch up a direct course to some point on your navigator, or look down and select some feature on the ground to follow. Then turn to that course while holding altitude and airspeed.

If there is any wind you will need to make heading adjustments to maintain the desired course. This is private pilot training stuff, but it’s in the private course because it’s so essential. At the private level you won’t be expected to be perfect, but now that you have a certificate and want to test and maintain your proficiency, demand perfection of yourself. It’s not easy, especially when you turn the flight director off—gulp—which to me is a really bad day at the office.

If you fly a couple near perfect steep turns, execute great constant speed and rate climbs and descents, and track a course with near perfection, your return landing at the airport will be great. I promise. And you will have practiced more basic skills, and measured your proficiency more, in less flying time than it takes to fly three or four circuits of the pattern.

A long ferry flight: the Bermuda Triangle, icing, and more
Scroll to top