Blog - Latest News
You are here: Home1 / Article Archive2 / I Can't Believe I Did That3 / Hot chicken, icy wings 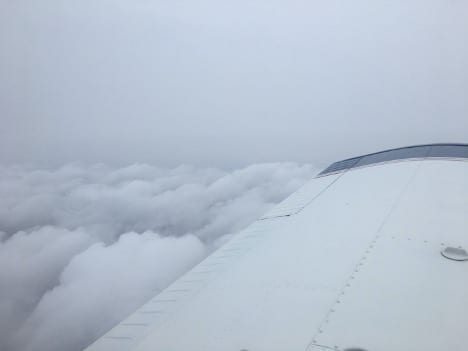 “What do you mean you’ve never heard of Nashville hot chicken?!”

I couldn’t believe that this guy—the guy who says “ten” when the server at the Thai restaurant asks how hot, on a scale of one to five, he wants his entrée—had never heard of Nashville hot chicken. He’s lived in North Carolina for most of his life, where at least two things are readily available: fried chicken and hot sauce.

Gary is one of three pilots in the corporate flight department for which I’m the director of maintenance and has been a huge influence during my flight training. I’ve been involved in aviation maintenance since I was 18 years old, and in my late 30s I started flying with the goal of becoming a pilot in our Falcon 900LX, as well as the DOM. I know how to fix ‘em, I guess I just wanted to see what it was like to break ‘em, too. That, and you just can’t beat the office view.

As I worked my way from student pilot to private pilot, then on through my instrument rating, Gary and I decided that once I got checked out in an airplane that would make it from Monroe, NC (EQY), to Nashville (BNA) without multiple stops, we’d make the trip to get ourselves some Nashville hot chicken for the first time, because I’d never had it, either. I got my A&P and IA in Nashville some years ago (thanks again, Bakers!) but was fully entrenched in the course work, so I didn’t have a lot of time to explore the local cuisine.

I got checked out in my flight school’s PA-28R Arrow, and off we went on a chilly February IMC day with thousand-ish foot ceilings and smooth air. We landed at BNA, got the crew car from Atlantic, and headed downtown to pick up Gary’s friend Ted.

“Well, Prince’s is probably the best, but somebody just drove a car into it last night, so let’s check out Party Fowl instead.”

Once we had bellies full of cayenne-stained, crispy-skinned greasy goodness, we dropped Ted off at his office building and headed back to the airport.

Ready to get greasy at Party Fowl.

The weather was drizzly, chilly, and generally not what I was used to flying in. Part of my preflight planning was taking a look at the icing forecasts, freezing levels, etc. The freezing level and icing forecast over the Appalachians that day all came together at about 9000 ft. I filed direct, KBNA—KEQY at 7000 ft. Piece of cake. This is where my inexperience started to show. Or, another way to say it is, this is where my inexperience continued to compound.

Most of the airways showed an MEA of 7000 but some, which I obviously missed, were 8000 and we were heading east, which meant a minimum altitude of 9000. I paid no attention to sector altitudes and didn’t give a thought to the fact that ATC might need to take me higher to satisfy their terrain avoidance minimums.

I paid for our fuel, preflighted the airplane (quickly) in the cold drizzle, and we climbed in. Gary was adamant about letting me make all the calls without getting too deeply, or at all, involved in the decision making. He wanted me to have the experience of analyzing the data and making the calls. I still don’t know if I love him or hate him for that! Depends on the day, I guess.

We took off from runway 2C and got into the clouds at around 2300 feet. The leg to Nashville did quite a lot to make me more comfortable flying in IMC, so as we went into clouds, I told Gary that I was far less nervous now than I was when we started out. The words coming out of my mouth should have given me a clue that I needed to get back down to earth but I was feeling confident at the moment, which tells me now that I should have not felt very confident at that moment.

We were happily, and smoothly, cruising along in the clouds at 7000 ft. when ATC issued me a climb to 9000. I remember reading the instruction back and initiating the climb while thinking to myself this is a bad idea. I had it in my head that I’d filed for 7, so we were going to stay at 7, but I climbed anyway. The good thing about flying with a GoPro rolling is that I can go back and try to match up my inner monologue with my outer voice. I didn’t say much, but I asked Gary a few general questions about icing and what the indications were. I’m sure he knew exactly what I was thinking, but again, he was letting me make the calls.

Life is good in between the layers…

He explained some of the indications and different types of icing, accumulation rates, most prone areas, etc. I nodded and said, “Uh huh, okay,” while looking back and forth between the wings as nonchalantly as a nervous, newly-minted, low-time, bug-smashing pilot could look while sitting beside a 13,000+ hour jet jockey.

We leveled at 9000 ft. and flew in smooth silence for several minutes. Gary was drumming on his knee while I was trying not to look like I was way out of my comfort zone, which I was.

I tapped on the airspeed indicator and said, “Airspeed looks like it’s dropping.” I expertly paused for about six seconds, because I didn’t know what to do. Then I asked authoritatively, “Pitot heat?”

Gary said, “Yeah. Give it a shot and see if it changes.”

The airspeed indictor was bouncing between 80 and 110 knots. I said, pointing at the GPS, “Yeah, our ground speed is staying up.”

I turned on the pitot heat and watched the airspeed indicator continue to bounce for a few seconds, then slowly move up to about 130 knots and stay rock solid.

“Uh huh,” Gary said. We were in agreement.

More silence. I was wondering about how my kids were going to remember me, and Gary was probably wondering why we don’t have countdown timers on toasters yet, or something like that.

I said, “I wonder if they’ll give us seven again?”

Gary, knowing full-well the answer, said, “I don’t know, you could certainly ask.”

I asked. They said no.

“We’ll keep an eye on it,” the jet jockey said.

A few seconds later, Knoxville approach asked me how badly we needed to get down. He may be able to get us a little lower.

In my best non-terrified voice, I said, “Yeah, we’re just picking up a little bit of ice here and we’d like to get down a little lower.”

Gary confirmed that we did have a little trace of ice on the wings and that, sure, the pitot probe had iced up, but there was no cause for panic just now.

It was similar to a big brother telling his little brother that he really isn’t bleeding too badly; we can probably just rub some leaves and dirt on that gash and it’ll heal right up. Although he wants to believe his big brother, little brother still isn’t convinced that he isn’t going to die in an icy fireball.

Gary said that, worst case scenario, we could land in Knoxville since they had long runways, plenty of approaches, and we were catching glimpses of the airport through the holes in the clouds. Yeah, um, I was thinking the same thing.

About the time that I was ready to divert to Knoxville, approach called us and said they could get us down to 8300. I quickly accepted and started us down. I leveled off and watched the ice almost immediately melt off the wings, along with the many pounds of worry from my shoulders. Apparently, we were just on the edge of the icing and 700 feet was enough to get us into warmer air.

The ice melting away, larger and larger holes in the clouds, and the terrain slowly gaining altitude below us gave me confidence that there wouldn’t be an NTSB report filed on our behalf. At least not today. Not long after the ice started melting, the clouds started breaking up and around Asheville we broke out completely under a high overcast with a smooth ride. We flew about another hour or so back to Monroe, and it was beautifully uneventful.

After watching the GoPro footage of the “icing incident” played back on my computer in the comfort of my own home with an adult beverage in hand, I saw that it wasn’t much of an incident after all. As we were picking up that tiny bit of ice, Gary was in the right seat looking like he was on a Caribbean cruise while I was in the left seat acting as if I was about to initiate reentry into Earth’s atmosphere in a space capsule sold to me by a used-rocket salesman wearing plaid pants and white shoes. She’s a real peach!

It’s not that my CFII didn’t teach me icing avoidance or how to plan my route over lower terrain in order to stay well below the icing level. He taught me all of that, and a lot more. I think the problem is that I never really made the connection between training and reality. It was tough for me to visualize picking up ice on the wings while I was wiping the sweat from my brow under the foggles. I’m a tactile learner, so sometimes a concept doesn’t completely sink in until I experience it firsthand. Of course, that’s not to say that I’m not wary of base-to-final stall/spins because I’ve never experienced one, it’s more like I didn’t have an appreciation for how fast a spin can happen until that same instructor intentionally put us into a spin during a power-off stall. PARE was just an acronym until I had to use it.

I would like to say that picking up a little bit of ice taught me a lesson and I never again made any sort of plan that didn’t match real-world expectations, but I can’t. After a few laps in the pattern in a Seneca II, my instructor pulled one of the mixtures on me early in the takeoff roll and I swerved, filled the cockpit with expletives, and skidded a bit (a lot) before finally pulling the “good” throttle to idle and bringing us to a stop. When I told Gary about the slalom session in the Seneca, I told him that I should’ve been better prepared because, “I even briefed an engine loss prior to rotation!”

He asked me, “When you did your takeoff briefing… did you mean it?” 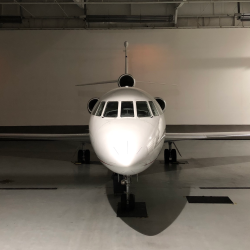 Elliott Cox
Elliott Cox is an A&P/IA, the Director of Maintenance, and a pilot for a Charlotte, NC-based corporate flight department that operates a Dassault Falcon 900LX. He's happily married to a wonderful woman, has four children, and loves to write when the dust settles. You can find him at L.Elliott_Cox on Instagram or on his website, TheWritingFlyer.com.

The illusion of see and avoid
Scroll to top