Blog - Latest News
You are here: Home1 / Article Archive2 / I Can't Believe I Did That3 / Low on fuel: how I almost become that guy (or gal)! 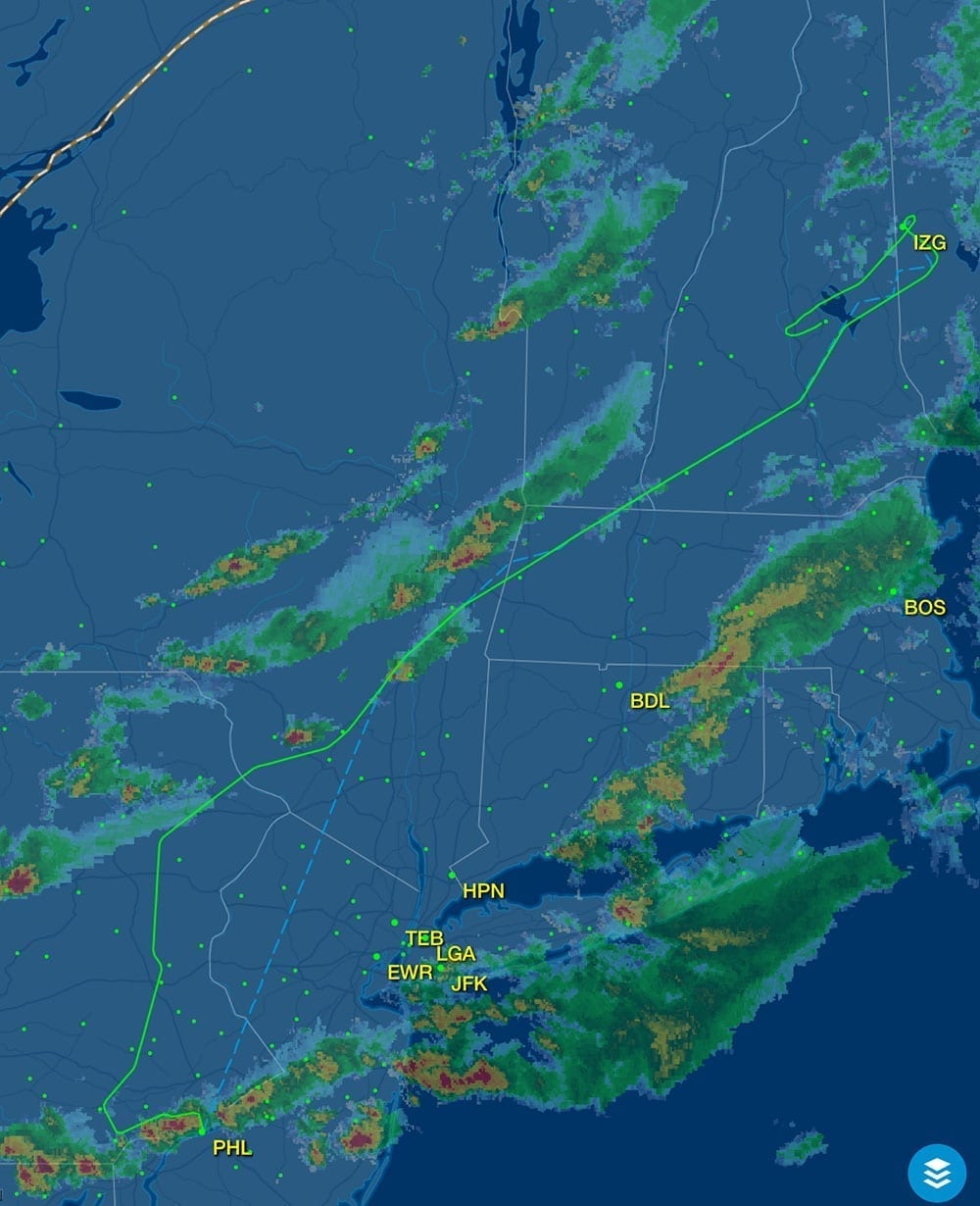 I’ve been a voracious reader of accident reports over my 30+ years of flying. The one accident that I smugly assumed could never happen to me was fuel exhaustion—after all, is there any pilot error that is more avoidable? I always plan in excess of FAA minimums: 60 minutes of fuel upon landing in VMC and 80 minutes in IMC, even more if low IMC was forecast or my alternate was far away.

So how did I find myself surrounded by widespread IFR conditions as night was falling in the White Mountains, watching my fuel gauge fall below an hour when I was still 15 minutes from the nearest airport? I’d already had one missed approach and, while everything felt under control, my hands started to sweat as I realized that a miss at my alternate would leave me with 35 minutes of fuel and a very tough decision: try to shoot a second approach or use 15 minutes of that precious fuel just to reach another airport, one that was also sure to be IFR.

As with most accidents, it took multiple links to get me into this predicament. I had departed that August afternoon from Fryeburg, Maine, in my Piper Meridian on a round trip to take my daughter home to Philadelphia.

After landing at PHL, I did a fuel calculation and purchased just enough of the expensive, Class B Jet A to leave me with 90 minutes of fuel on the ground at Fryeburg. This was more than enough to get to my alternate of Auburn, Maine, with legal reserves but meant I’d be departing with tanks that could have held an additional hour of fuel (Link 1).

One way to eat up your fuel reserve is to spend a lot of time on the ground talking to ATC.

On the Philly tarmac, I patted myself on the back for listening to the ATIS and getting my clearance before starting the engine. But after I started to taxi, ground control told me to pull into a hold area as ATC was reassigning me to a low-altitude route due to traffic saturation. By the time I sorted this out with clearance (with the engine running), I’d used 10 minutes of fuel reserves (Link 2).

On the way into Philly, we were able to fly directly to the field in spite of considerable build-up over the last 50 miles, and I assumed my departure would also be uneventful. But, due to the ground delay, the storm had time to both develop and move closer. This became apparent immediately after takeoff as ATC began to vector me in a big end-around to the southwest. By the time I was pointed back to the north, another 10 minutes of reserves were gone (Link 3). But the hits kept coming and the low-altitude route kept me stuck below 10,000 feet for the first half of the 400-mile trip. which cut my fuel efficiency 20%, chewing up 10 more minutes of reserves (Link 4).

However, the final link was one that was in my complete control—one that I could have broken any time before requesting the Fryeburg approach. I had been watching the Fryeburg weather on ADS-B for the entire trip and started checking the ASOS every few minutes once I got in range. The ceilings had been consistent at 600 broken and 1,100 overcast with 10 mile visibility and calm winds—easy-peazy for an approach with a 400 foot AGL decision height.

Thirty miles out, I listened to the ASOS again and made the decision to overfly Laconia, NH, (my last potential fuel stop) even though I would be landing with 60 minutes of fuel, 30 minutes less than planned. After all, I thought I still met FAA requirements so why waste time on a fuel stop. Plus, by going straight to Fryeburg, I would land before sunset, which I convinced myself would be safer (Link 5 and game over).

You can see where this is headed. I never broke out on the Fryeburg approach and found myself flying my first-ever missed in a non-training situation. While the approach vectors and full missed approach only consumed 10 minutes of fuel, I had already used up my entire margin-of-safety.

Although I made plenty of mistakes, I did do a few things right. The first started five years ago when I purchased my Meridian and began semi-annual two-day recurrent training. Although this was my first “live” missed approach, it was a procedure I had practiced dozens of times including actual IMC. And, as part of my Standard Operating Procedures, I had studied the missed well in advance of starting the approach and was fully prepared mentally. Second—as a result of this training—I did not hesitate for a millisecond upon reaching the DA. I toggled the go-around, applied power, started the climb and cleaned up the plane. I did not even contact ATC until after I had re-engaged the autopilot, gained sufficient altitude, and was on-track to the missed approach waypoint. Aviate, Navigate, Communicate.

Many links in the chain.

Third, in the climb-out, I briefly thought about why I had not been able to see the field and wondered if bad luck had me flying through the 600 foot broken layer at precisely the wrong time. But knowing my fuel situation (and remembering the accident reports where pilots got into trouble after trying multiple unsuccessful approaches), I never considered attempting a second approach at Fryeburg.

Fourth, I fully utilized my datalink weather on the trip into Fryeburg to monitor nearby airport conditions so I knew in advance that Laconia was reporting better weather than Auburn and had checked ForeFlight to confirm it had a precision, 200-foot-AGL-minimum approach. Because of this, I was able to immediately request and receive vectors to Laconia when I declared the missed.

Finally, enroute to Laconia, I let ATC know that I had a fuel situation and needed priority handling. I confirmed that I was the only plane on the instrument approach and let ATC know that I would declare an emergency if necessary to maintain my position. The approach turned out to be uneventful, the 1,200 foot ceiling and 10-mile visibility were as reported. I got the full top-off I should have taken in Philadelphia and set off for one additional try at Fryeburg, knowing that I now had enough fuel to get me anywhere in New England. Even if I didn’t make it into Fryeburg, at least for this flight, I was no longer at risk of being That Guy. Charlie Tillett
Charlie Tillett gave himself the birthday present of an introductory flying lesson in 1988, bought his first airplane in 1992 and has owned at least one airplane ever since. During that time, he has flown 2,500 hours and completed 150+ Angel Flights. He and his wife live outside Boston and are currently using their Piper Meridian to travel around the country on a quest to play golf in all 50 states (OK, commercial to Hawaii).

Canceling IFR for the last time

Drones: a clear and present danger?
Scroll to top