Blog - Latest News
You are here: Home1 / Article Archive2 / I was there3 / Drones: a clear and present danger? 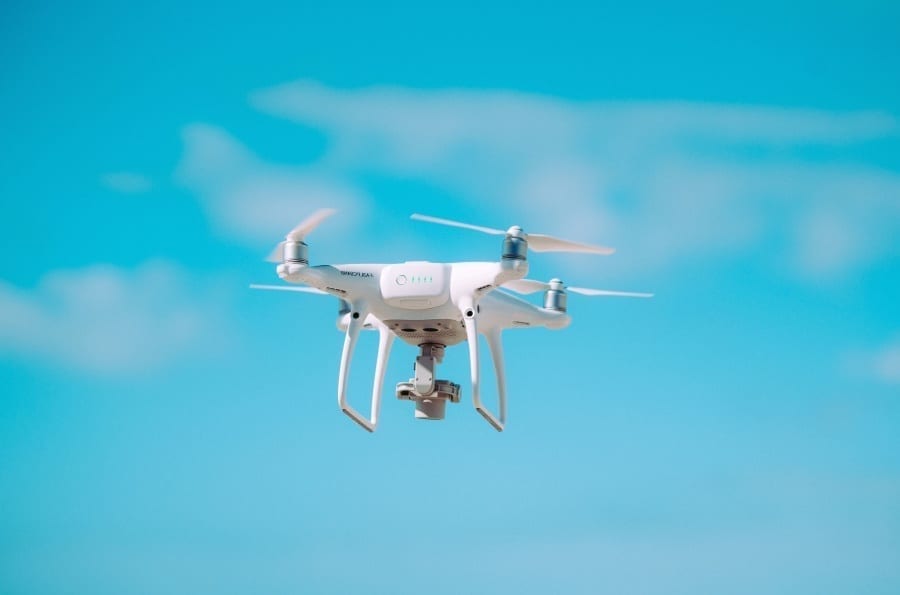 Caveat: I have nothing against drones. My last US Air Force assignment was serving as the deputy director of the now-defunct Joint Unmanned Aircraft Systems Center of Excellence (JUASCOE).

Most of our unclassified, white-world tasks involved helping the FAA figure out how to safely integrate Department of Defense UAS into the National Airspace System. Our real goal was to come up with solutions that worked for all UAS… not just the DoD’s.

Unfortunately, the JUASCOE, along with the rest of the U.S. Joint Forces Command, was formally dissolved in 2011. As a result, many very talented folks were sent back to their respective services, and a lot of important stuff they developed was lost in the shuffle.

I recently had an encounter that highlights some of my concerns regarding the exponential proliferation of civilian UAS. It has nothing to do with the operator’s “flying skills;” it’s the potentially dangerous attitude(s) and culture that are growing along with the number of machines.

I was fishing one afternoon at Bella Bella Beach, a sand spit on Fox Island, near Tacoma, Washington. Fox Island sits just southwest of Tacoma Narrows (KTIW), a towered airport tucked underneath Seattle’s Class B airspace. They were using Runway 35 that day, and you could clearly see several planes in the pattern. The beach is 3.4 miles from the approach end of Rwy 35, well inside KTIW’s Class D airspace.

Three driving-age teenagers (one boy, two girls) showed up with a drone; they walked out to the eastern tip of the spit, a couple hundred feet from me, to set it up. It was a typical quadcopter; way bigger than .55 lbs., and way less than 55 lbs.

The drone doesn’t know where airspace is; it’s up to the operator.

About the time I thought I’d better investigate further, it came speeding back. They packed it up quickly and started back down the beach toward me. I did not want to appear threatening or belligerent; so, I thought, “I’ll use this as a teaching moment…”

As the girl carrying the drone walked by, I asked politely, “Can I ask you a question about your drone?”

“Sure,” as she kept walking.

“Do you fly your drone here very often?”

“Are you familiar with the rules for flying drones near airports?”

“Well, I think you may have broken a big one.” (I was taking a chance that they hadn’t called the KTIW tower first.)

“Oh, they don’t care as long as you fly low enough…”

“Well, that’s not what the rules say.”

They clearly didn’t want to stop and talk: she gave me one last, colorful comment as she looked back at me over her shoulder.

I’ve had at least three other encounters, always on a local beach, very near KTIW. Fortunately, they’ve turned into congenial discussions where I’ve pointed out to folks their proximity to the airport—and its controlled airspace. I always pull out my iPhone and show them on ForeFlight exactly where we’re at, relative to the runway.

One time, I had to speak up because of the planes flying on downwind, directly over our heads…

In each of these cases, they were hobbyists, not Part 107 operators, and had no idea there were any rules regarding UAS operations.

I appreciate the chance of those kids hitting someone landing on runway 35 was pretty remote (no pun intended). The point is you can’t assume that small UAS are not going to be operated near airports, in violation of the rules. If looking for small flying objects in/near the traffic pattern isn’t part of your habit pattern, you might want to make it so.

Low on fuel: how I almost become that guy (or gal)!

Friday Photo: Moscow under a HUD
Scroll to top