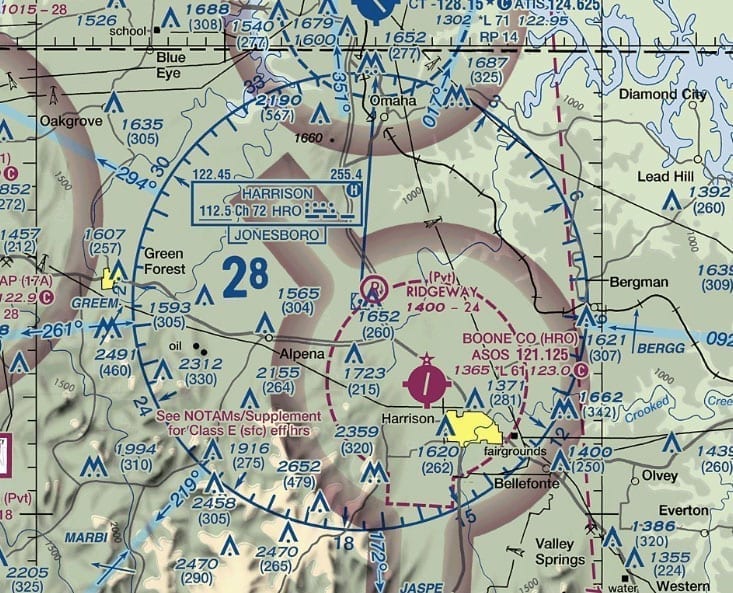 I first saw Morse code as a nine-year old child. The dots and dashes which could represent letters were printed on the front of a set of walkie-talkies we were given as a present. I played around with it a bit, but thought sending jokes and the latest observations of our neighbors from a distance to my brother was more fun by voice. A bit later, I learned the sequences for SOS as a distress signal, but that was about all that stuck in my mind.

As a teenager, I would often listen to my father’s Hallicrafters short-wave radio to pick up foreign language broadcasts. Mostly I was trying to receive news from Paris and improve my accent for a French course, but occasionally would run across a frequency with the dits and dahs. It seemed like it would be neat to be able to understand it, but at that age girls had started to take precedence.

Later, as a young adult, I worked as an engineering trainee for a local TV station. I was definitely interested in the workings of radio and television. Ham radio seemed quite fun, but studies for college consumed nearly all my time outside of that part-time job.

Do you know your dit from your dah?

Thus my interest in Morse code lay dormant for several decades. Until 2015. In July 2015, I started my primary flight training to fulfill a lifelong dream. When I was nine, a business associate of my mother took my brother and me up for a flight in a small four-seat plane (I cannot remember if it was high or low wing). My seven-year old brother sat on my mother’s lap in the front seat and I sat in the back. This was really exciting and look at how small our house was! I knew then I wanted to learn how to fly and at 13 even investigated the costs of flight training. Also, how would I possibly get to the local field without a driver’s license? Alas, costs were prohibitive.

I am often asked why I took up flying later in life. I say that when I was a young adult, I never had the money and later with a career and family I never had the time (a common explanation I believe.)

Finally, in 2015, I was able to free some time from a neuroscience research career and had the needed funds. I started my training in a Cessna 172N but soon purchased my own 1969 Cessna Cardinal. While studying the charts and listening to VORs (my plane has dual VORs, a DME, and an actual functioning ADF for navigational equipment), once again I heard the dits and dahs.

I tried a few times to just memorize the Morse code visually but resorted to what most pilots do and would just listen and compare to the annotations on the chart. Usually I could work it out after a few repetitions. It is of course good to identify the navigational aids, but can be tricky when juggling other concerns as a pilot. This is particularly true when flying single-pilot IFR in a Cardinal without an autopilot.

By November 2018, I had completed my commercial pilot certificate and instrument rating and had learned to fly gliders as well. After these, I had a bit more free time so decided to at last do something about learning Morse code. I started researching how to go about learning Morse code and found the website by David Finley (N11RZ), which advocated learning using the Koch method. This method was invented by a German, Ludwig Koch, back in the 1930s. It works by having you learn the letters at low full speed – about 13 words per minute – so that your brain memorizes the patterns of sound of each letter. Finley argued that this is more efficient than memorizing the patterns visually and learning to copy from the sounds at a low speed and then trying to speed up. Reportedly that produces a plateau in learning full speed that many find very frustrating and they then give up.

Morse code speed is measured in words per minute (WPM), where the standard used is the word “paris,” so five letters per word. In this day of 60 megabits per second internet connections into our homes, it is interesting to think of this in terms of the equivalent number of bits per second. The international telegraphic union alphabet contains 46 symbols—26 letters, 10 digits, and 10 control symbols and punctuation marks. The 46 symbols require 5.5 bits to encode. So each letter sent in Morse represents 5.5 bits of information. Thus a low full speed of 13 WPM corresponds to ~6 bits per second. That is 10 million times slower than the connections we routinely use today.

I didn’t really need to be able to copy Morse code at full speed to recognize the two or three letters used to identify aviation navigational aids because those are sent at approximately seven words per minute, about half full speed. Nonetheless I thought I would give the Koch method a try and learn at low full speed. None of the web articles I found actually said how long this would take, just that it would vary for each person and that a key item was consistent practice every day. At the time I thought, “What could it take—a few weeks of working on it in the evening?”

Since I was learning in the 21st century, I also thought “there must be an app for this.” A search on the Apple App Store turns up quite a few Morse code training programs. The Morse-It app had a mode that uses the Koch method of training, so I started training with that. Each session in this mode is four minutes long. You copy the letters using a keyboard and at the end it will perform a comparison and give you the percentage correct.

One starts with just the letters k -.- and m — , so the task is to learn to distinguish the dot sound in the midst of the dashes. At first this seemed quite difficult at 13 WPM and it was hard to keep up. I practiced for three blocks of two four-minute sessions every day—about 24 minutes per day. I was able to achieve over 90% accuracy on these two letters in two days, which was somewhat encouraging. At this point, the usual recommendation is to add the next letter but I thought I would try to master it to a higher level so continued another two days until I had 95% accuracy.

Can you decode that VOR without reading the chart?

I continued with this higher accuracy goal for about seven weeks, progressing through u, a, t, l, o, w, i, n and j, but it was sometimes taking only one day to add a new letter, like o —, but then nine days to add i .. . I was getting rather frustrated at this pace and started thinking maybe this was not a very good thing to try when in one’s 50s. Being a researcher, I decided to see if there was any published literature on how long it takes to learn Morse code and to check if I was spending way longer than normal on this.

It turns out the question of efficiently training recruits to use Morse code was a question of national importance during World War II. The armed forces were attempting to train 10,000 people per month to use Morse code. Any improvement in screening eligible servicemen or in the efficiency of training could yield serious benefits at that scale. The issue was studied by several psychologists including Taylor at Harvard University. He studied Harvard undergraduates who were learning Morse code in anticipation of military service. They met for five one-hour sessions each week over for a total of 40 hours.

The students were divided into groups who used different letter orderings and techniques. One group initially used high speed transmission of letters, similar to the Koch method, whereas the other group initially used low speed transmission (about 4-6 words per minute), subsequently progressing to higher speeds. Contrary to the stated justification for using the Koch method, near the end of training, when at a similar number of hours with roughly equal speeds of transmission by both groups, the group starting with slow transmission actually had a slightly higher accuracy (though this difference was not statistically significant).

Most importantly from my perspective, the average undergraduate student in this study was able to receive 40 symbols (26 letters, 10 numerals, 4 punctuation marks) at more than 13 WPM at the end of 40 hours of training. Taylor also reported that students at the commercial schools of the time would typically take 80 hours of practice to reach this speed. Per Taylor, Tullos had reported in 1918 that Navy recruits who were trained on Morse code for four hours per day required 160 hours of practice to receive at 13 WPM.

Since I was just trying to learn the 26 letters, it seemed reasonable that this would require about 52 hours. I had only invested 28 hours at this point, so decided to press on despite my frustration. Given Taylor’s results, though, I decided to add letters after only 90% accuracy was achieved and to only practice six days a week to give my mind a chance to consolidate the week’s learning.

Progress continued at an average of seven days per letter but with variations between one and ten days. I used the Koch method ordering suggested by the Morse-It app, adding e, f, y, v, g, q, z, h, b, c, and then d. I finally achieved 90% accuracy on all 26 letters including the last, x -..-, on May 4, 2019.

I followed up with some work to consolidate this new skill, practicing a few times per week over the next two months. I toyed with the idea of adding the ten numerals and some punctuation and even perhaps getting a radio and starting some ham transmissions. Ultimately though, I decided to just stick with my original goal for Morse code and concentrate instead on training for my flight instructor certificate.

I can now rapidly and easily decode VOR and ADF Morse code identifiers while flying. It is a fun skill to have acquired after all these years and a good exercise for one’s brain. But with most NAV radios now automatically decoding the identifiers, I am not sure that use alone would make me recommend learning Morse code to other pilots. I heard that my flight instructor was recently asked by a younger student whether she would have to learn Morse code to become a pilot. Evidently she was not amused by his texted response, -. —, after she finally decoded it.

Peter Steinmetz
Peter N. Steinmetz is a research neurologist and computational neuroscientist. He was fascinated by flight and space from an early age but a busy career deferred his pilot training until 2015. Since then he has completed his instrument rating and commercial certificates in single engine airplanes and gliders. He is an advanced ground instructor and is working on his flight instructor certificates. He purchased a 1969 Cessna Cardinal prior to solo and enjoys flying it over the wild spaces of Arizona. He lives in Tempe, AZ, with his wife and four cats.

Friday Photo: on final for Telluride
Scroll to top