Blog - Latest News
You are here: Home1 / Article Archive2 / What I Know About...3 / Eight things I know about flying in Arizona 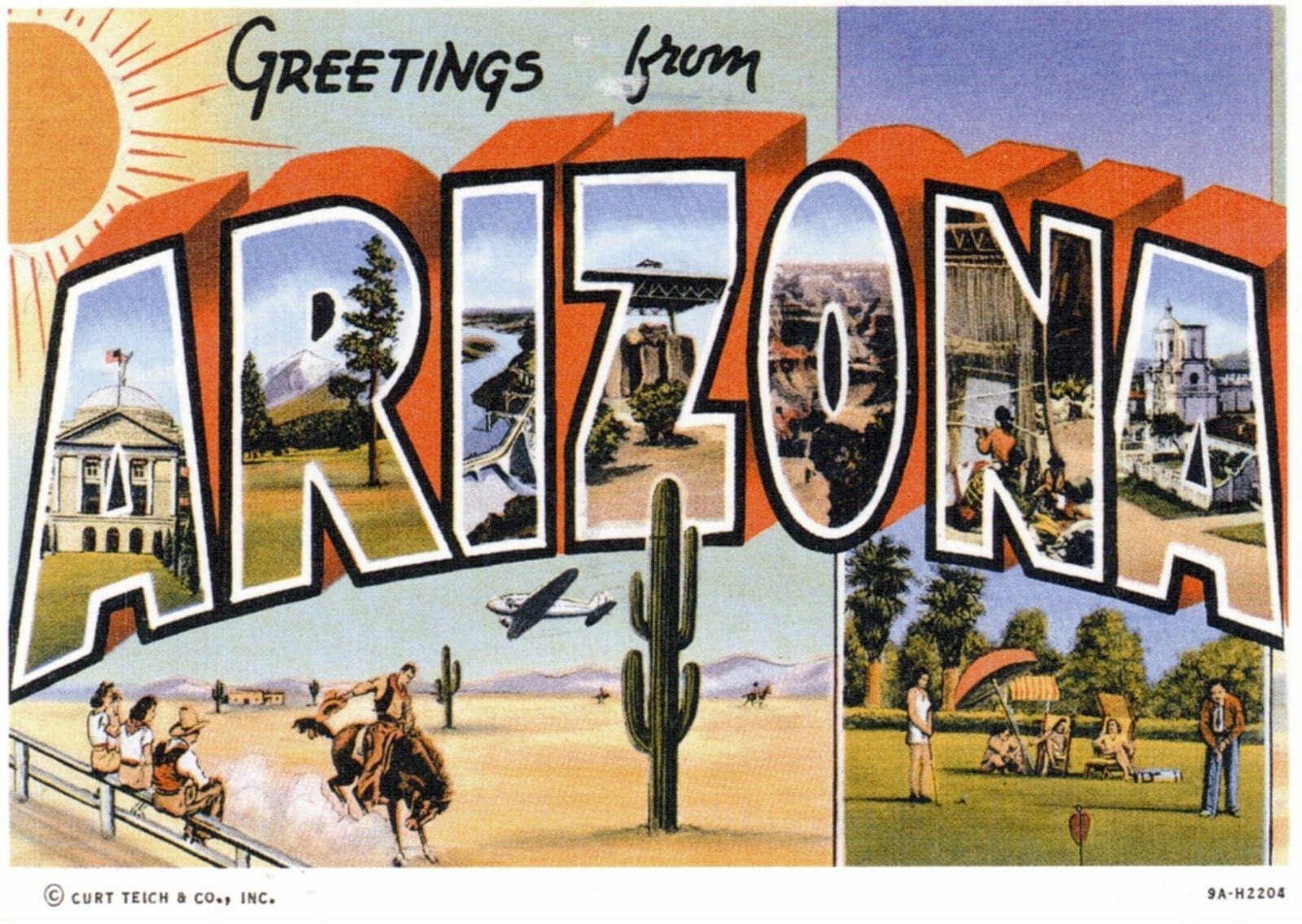 To read other entries in this series, including California, New York, Georgia, and Ohio, click here. Want to share tips about your part of the world? Email us and find out of your state is spoken for already: [email protected].

1. Do fly over the Grand Canyon

Most people know that Arizona is home to the Grand Canyon. It really is amazing to stand at the edge of this geologic marvel. It is hard to comprehend its scope without having looked out over the edge. But another great way to appreciate this canyon is from the air. There are many commercial helicopter and fixed-wing operators who will take you up for a view, but as a GA pilot, you can make remarkable flights. The Grand Canyon is a Special Flight Rules Area with designated corridors for GA traffic. The Grand Canyon chart is now being updated every six months (the prior revision was from 2001) and contains the VFR corridors, altitudes, and frequencies. Be sure to consider the altitudes you will be comfortable at from an emergency landing perspective.

2. Arizona is a great place to learn to fly

There is a reason there are so many old World War II army airfields in Arizona. That is because the outstanding weather made it an ideal location for Allied countries to train their airmen. In the Valley of the Sun, Phoenix has an average of 310 days per year with sunshine, while Yuma, to the southwest, has 328. Many of the local GA airports, such as Falcon Field (KFFZ), Goodyear (KGYR), and Coolidge Municipal (P08), evolved from army training fields. Given both the weather and the terrain, there is a robust flight training community in Arizona which continues to train both local pilots and pilots from around the world.

Sedona is a unique airport – but don’t run off the end.

There really isn’t much water for an aircraft carrier in Arizona, but many liken landing at Sedona (KSEZ) to landing on one. The 5130 ft. runway sits on a relatively narrow mesa above the town at 4380 ft. MSL. The approach features the red rock formations for which Sedona is renowned. Food at the on-field restaurant is quite good. Best to use the uphill sloping runway 3 unless there is more than a 5-knot headwind on 21. That direction has caused some spectacular overruns off the steep edge.

4. We’re not kidding about the density altitude

Arizona is well known for its heat as well as its sunshine (but it really is a dry heat). While metropolitan Phoenix is perhaps the best known part of the state at an altitude of 1200 ft., Arizona has a diverse geography. Flagstaff (KFLG) and the top of the Mogollon Rim to the east sit at 7000 ft. MSL. Combine this with high summertime temperatures and Flagstaff will often see 10,000 ft+ density altitudes in the summer. This makes for a very long takeoff run and slow climb out in a 150-horsepower Cessna 172. Best to carefully check takeoff performance and wait for cooler morning temperatures if needed. Springerville (KJTC), at 7055 ft. MSL, was the site of a series of unfortunate accidents in 2010-2011 likely due to failure to account for high density altitudes.

5. You just might want to fly through that MOA

The same sunny weather and wide open spaces which made Arizona a top choice for Allied flight training in World War II make it a prized area for training US flying forces. Arizona has the Luke (KLUF) and Davis-Monthan (KDMA) Air Force bases, Libby (KFHU) and Laguna (KLGF) Army airfields, as well as the Yuma Marine Corps Air Station (KYNL, seems funny for a state with so much desert). Large parts of the state are Restricted areas.

The Goldwater Range, southwest of Phoenix and east of Yuma, is 1.9 million acres used for bombing and firing practice. A look at the sectionals for Arizona shows that about one-fourth of the airspace is restricted or part of a Military Operations Area (MOA). This can make for some very long detours if one simply always avoids these. You can of course legally fly through MOAs, but it is best to check with ATC to see if the area is cold (not in active use). ATC can also can grant permission to fly through restricted areas and will frequently do so for the less active areas.

6. The soaring is superb

Soaring is a big deal in Arizona.

Sandy desert surfaces and high temperatures make for frequent dust devils and what glider pilots look for, namely, lift in thermals. This combination of conditions led to the formation of the Estrella Sailport (E68) in 1969, which still operates as one of the more active commercial glider training facilities in the US. The Estrella Mountains just to the north provide regular ridge lift which serves as a launching point for cross-country soaring to as far away as Tucson and Yuma. The El Tiro Gliderport (AZ67) near Tucson and the Godwin Memorial Gliderport (AZ86) near Prescott both have active glider clubs.

7. You actually can fly floatplanes in Arizona

Almost all lakes in Arizona are the result of dams and the Colorado River has its share. Lake Havasu is large enough that Lake Havasu Seaplane at Lake Havasu City (KHII) provides instruction in C172s on floats leading to the SES rating. A fun place to train in the desert which is also near the lights of Las Vegas — and certainly not as cold as say Kenmore (S60) in the winter months.

8. It is hard to train in actual IMC

All of that sunshine has at least one downside when it comes to flight training. It actually takes an effort to find true instrument meteorological conditions to fly GA aircraft in for training. The monsoon season has plenty of thunderstorms but one really wants to avoid these in small planes. The winter can bring cold fronts but in many cases the freezing levels are too low to fly a non-FIKI plane through the clouds at or above the MEA. There are sometimes a few frontal passages in January – March that have high enough freezing levels for some true IMC flying in small planes if one watches carefully. The fact is, however, that most pilots complete their instrument rating in Arizona without any actual flying in IMC. Oh welI, I guess that no location can have ideal flying weather for all types of training 7/8 of the year.

Peter Steinmetz
Peter N. Steinmetz is a research neurologist and computational neuroscientist. He was fascinated by flight and space from an early age but a busy career deferred his pilot training until 2015. Since then he has completed his instrument rating and commercial certificates in single engine airplanes and gliders. He is an advanced ground instructor and is working on his flight instructor certificates. He purchased a 1969 Cessna Cardinal prior to solo and enjoys flying it over the wild spaces of Arizona. He lives in Tempe, AZ, with his wife and four cats.