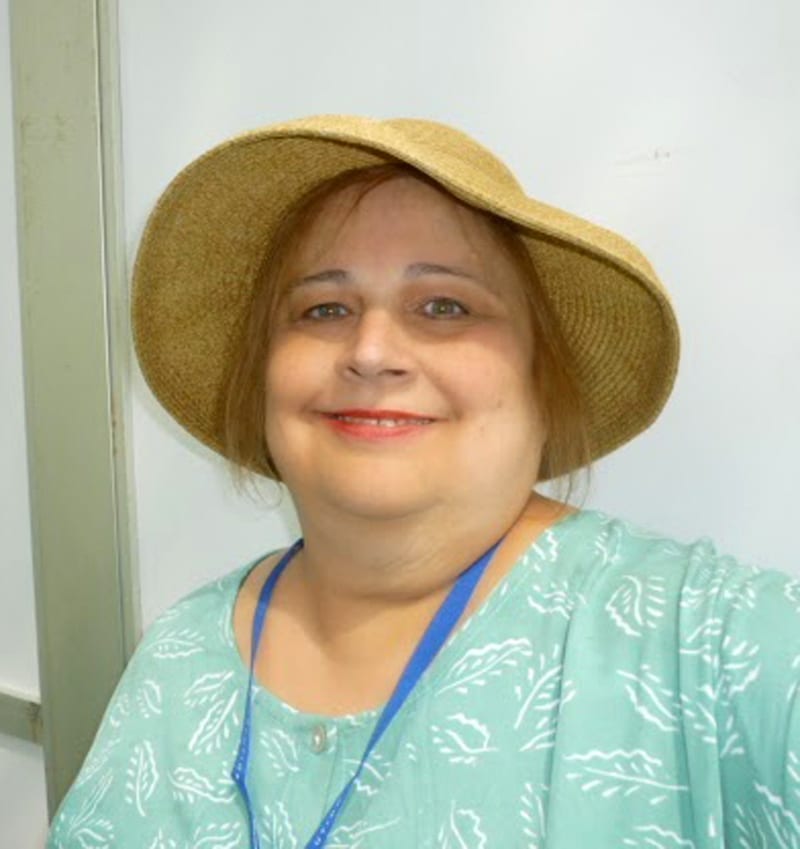 Aviation lost a truly special person last week, but it’s not a name most pilots outside the publishing industry will know. Patricia Luebke, managing editor at Air Facts and one of the driving forces behind relaunching this magazine in 2011, passed away on Friday, November 22, 2019 after a brief illness. She was 69. Here we share remembrances from four colleagues.

Pat never had a byline at Air Facts and yet her fingerprints are all over this website. She edited every article we’ve ever published, advised countless writers on how to tell the right story, and offered a constant stream of article ideas. Take my word for it: an Air Facts editorial meeting with Pat Luebke and Richard Collins was a tour de force. I should have recorded a few of those sessions.

I got to know Pat after her years at Flying magazine, and by then it seemed she knew everyone in aviation. All you had to do was mention a person’s or a company’s name and she’d instantly offer an anecdote (usually hilarious). This was immensely useful, since Pat’s most valuable role was to be the voice of reason. In reviewing some recent emails from her, I found a typical response to a sub-par article submission: “Oh we can’t run that story – Bob’s been peddling that crap for decades and nobody is buying.”

Pat Luebke knew just about everybody in aviation.

Pat will be remembered by many for that acerbic wit, and deservedly so. A life-long New Yorker (and proud of it), she suffered no fools and did not hide her opinions. I loved that about Pat. In a world drowning in spin and jargon, she always spoke her mind, and usually in the simplest possible terms.

But that simplicity masked a love of grammar and writing. She and I had countless conversations about the right adjective, whether the passive voice was ever acceptable, and why the serial comma was the right answer. We agreed more than we disagreed, but we always had an energetic debate.

Despite that reputation for brutal honesty, Pat had a huge heart. As over 1,000 Air Facts writers know, she was a tireless advocate for regular pilots. Everyone had a story to tell, she believed, and it was our job to get as many of them published as possible. She did this by taking a personal interest in “her writers,” offering encouragement, advice, and the occasional kick. Many would become regular pen pals.

I can still hear her sharing some of her rules with new writers. “Every story has a beginning, middle, and end,” she would say, “so make sure your article has each one too.” Even better was her simple but profound advice to keep it conversational: “Just tell me your story, and don’t try to sound like a capital W writer.” If a writer got carried away with flowery language, she would set them straight: “Sometimes the sky is just blue, not an azure paint stroke across the firmament.”

So as I finish the first article I’ve ever written for Air Facts without first talking to Pat, I find myself checking my grammar and wondering what she might say (“wrap it up already,” I suspect). It’s not the same without her, but I know her spirit lives on in the thousands of writers she helped, the countless women she inspired, and the huge network of friends she connected.

Rest assured, Air Facts will continue. We currently have our longest article backlog ever and last month we had more readers than any month since we went live in 2011. We will keep sharing pilots’ flying stories – that’s exactly what Pat would want.

Pat Luebke was aviation royalty. She was one of the “first wave” of women pursuing careers in aviation publishing when she joined Flying magazine’s advertising department in the 1970s. She called on everyone in the business and, over time, earned both the respect and the affection of an entire industry. Respect, because she had such integrity and professionalism, and was so phenomenally talented, creative, and reliable. And affection, because she cared so much about others and had such a gift for helping people and making them laugh, that people wanted to be around her.

Pat would hold court at Oshkosh every year.

Pat had a gift for seeing possibility in ideas and people, and in what could happen if the right people and ideas were put together. And she was tireless in making that happen. Pat would hold court at the EAA’s AirVenture show in Oshkosh – outside the Flying building, or at the edge of the media tent, once that was built – and people from all corners of the industry would come to talk with her. Run ideas past her. Ask for her ideas. Enjoy her witty and wise quips about the foibles and problems of humans. Gossip. Laugh. And without moving an inch, she moved mountains.

In the 1990s, for example, Pat was friends with me, and with Mac McClellan, but Mac and I didn’t know each other. But when Gordon Baxter was getting ready to retire, and I’d bought my Grumman Cheetah, Pat saw the potential, and she put the two of us together. My column and career at Flying never would have happened without her. And there are countless people in aviation who have a similar story.

Pat was behind so many creative initiatives in aviation, from small things like luring journalists to press conferences by offering a rich breakfast spread, to big things like the Sporty’s Foundation, a nationwide effort to honor WASP gravesites on Memorial Day, and Girls in Aviation Day.

But in many ways, what all of us will remember most is her wit, and her heart. She didn’t say you were an idiot for not seeing something you should have. She’d say, “Ding! Ding! It’s the clue bus – your stop! Get on!” Or, if you complained about a difficult person being difficult again, she’d gently remind you, “The players can only play their parts.” Whether she was giving professional or personal advice, Pat was usually right, and the way she expressed it made her wisdom impossible to forget. I’m especially grateful for that now.

Pat was a pioneer. She was royalty. And she was irreplaceable.

I was about to say that the only good part of Pat’s passing is that it happened pretty quickly, within a matter of hours after entering the hospital. Not days, weeks, months or years of suffering. But that’s not the only good part. The best part is that she was my dear friend for 45 years, beginning in our Flying magazine days. We came to love each other. And she was loved and deeply respected by legions of others as well.

Why? Pat had a rare combination of many attributes. She was really smart, uncompromisingly honest, very talented, hard working, kind, loving, insightful, generous, wise, intolerant of bullshit, topped off with a penetrating sense of humor that was always cocked and ready to fire the instant a target was sighted. Don’t be shocked. It was also occasionally off color. Maybe she had been in the Navy. I don’t know.

When I heard the news of her death last week I was about to call her to schedule our annual holiday staff party that has been our tradition for many years. It involved summoning our respective staff members from around the world to convene for lunch in Manhattan. The fact that Pat and I were both sole proprietors with no staff at all didn’t matter.  We would meet at the arranged location each year, and one of us would say, “Where’s your staff?”

“Oh, the weather was bad in Singapore, and their flight was cancelled. The others seem to be late. What about yours?”

“Maybe they got the date wrong. Let’s go ahead and start.”

And so for the next three hours or so it was just Pat and me talking about one thing after another, triggered by what the other had just said. And laughing. The time passed so quickly.

Over more than 40 years of working with Pat, and being close friends, I learned very early that she demanded the best of herself in any project she took on. And required the same from those who worked with her.

It was at the old Reading Air Show, the biggest general aviation show through the 1970s, that we on the Flying magazine staff learned just how determined Pat was to get everything right. Pat was in charge of the hospitality service for Flying friends and customers at the show.

Reading is not exactly a metropolis with extensive catering services but Pat believed she had found the best available. The guy ran a hugely successful bowling ally and his customers loved the food.

But when Kenny – I still remember his name – showed up with deviled eggs dyed red instead of the natural eggs Pat had ordered she threatened to throw the terrified Kenny off the fire escape of the building.

Kenny believed her. And we did, too. Pat worked harder than any of us to make everything just right. And God help those who didn’t also do their best to deliver what they promised her.

Over her decades of work in aviation we all knew Pat was the most dependable. And in every aspect of flying dependability is what counts most. I’m going to miss her terribly.

A Celebration of Life service for Pat will be held on Sunday, December 15, from 6-7:30 pm at the Cradle of Aviation Museum in Garden City, NY. Women in Aviation has also established a scholarship fund in Pat’s honor.

Friday Photo: closing in on Telluride
Scroll to top