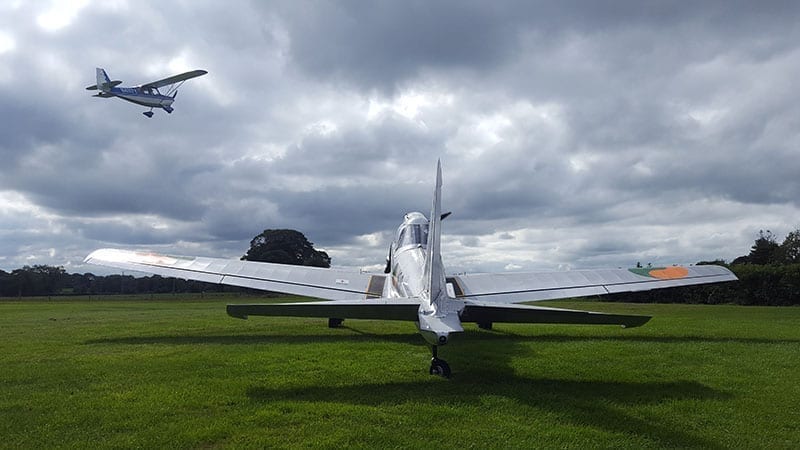 The view: A well-earned break

The airplane: DHC1 Chipmunk of the Irish Historic Flight Foundation

The mission: Training the next batch of volunteer pilots

The memory: The Irish Historic Flight Foundation operate a number of historically significant Irish Aircraft. Here an ex-Irish Air Corps DHC1 Chipmunk and its pilot (out of shot) get a well-earned break from training the latest volunteers in the joys and foibles of the beautiful DeHavilland Chipmunk. In the air a locally-based (EIMH) Citabria makes the most of an Irish summer’s afternoon.

Want to share your “Friday Photo?” Send your photo and description (using the format above) to: [email protected]com

Escape from the jaws of IMC