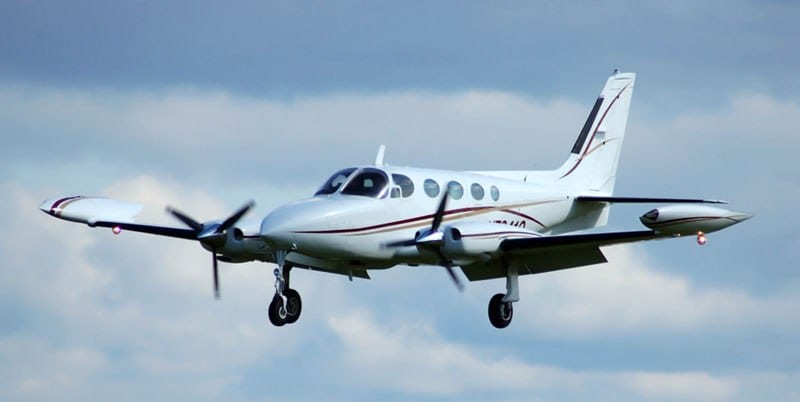 When people ask me what I think of the King Air that I used to fly, “what was my favorite thing about the airplane?” I have an immediate and firm answer. It has a pilot’s relief tube.

I was taking customers to KMLI in a Cessna 340. This was back in the 1990s so we are talking steam gauges and Jeppesen binders. Cell phones were still a novelty. I had a co-pilot with me whose day job was a first officer for a major airline. Great guy. As I was getting the plane ready, making sure snacks were on board, herding the cats which our customers generally were, I made a quick mental run through of all the items that I’d need to do before I left. This is something they don’t teach you in pilot training.

The 340 is a great airplane, but bathroom amenities are non-existent.

Power off stalls? Right there on the syllabus.

Did you arrange the rental car at the destination? Uh yeah.

What about the customer who only drinks that one brand of bourbon. Did you get some mini bottles of that? Of course.

AND remember to bring them with you to the airport? Um…

And two carafes of coffee, right? Because that one guy last time wouldn’t drink caffeinated coffee.

Everything was ready to go, except I really should go pee before we hop in the airplane…

“Nah, I’ll just go when we get to our fuel stop in Kentucky.” Loaded as heavy as we were, and with the headwinds we were expecting, we had to stop for fuel. Bowling Green looked about right and wasn’t so far away that I couldn’t make it.

So I closed the air stair door, sidled up front, and off we went.

Despite this being back in the stone age, we did have a GPS in the plane, state of the art with its green, 2″ monochrome screen. It was really neat to be able to twist knobs and push buttons and calculate the actual winds aloft and our expected arrival time. Unfortunately I must not have been very adept at using it, because instead of the 20 knot quartering headwind that was forecast, this stupid thing kept saying I had 45 knots on the nose. “That can’t… be.. right…”

Ugh. This was going to be a long trip.

As we toodled along at our greatly diminished ground speed, my lack of hitting the facility before we left was becoming a problem. I tried to think happy thoughts, talk to my co-pilot to keep my mind off things, generally be a professional and pretend there wasn’t a problem. Instead I was watching everyone guzzle coffee and I was getting unwelcome mental images of Niagara Falls.

I was furiously calculating and recalculating the winds aloft, trying to figure out a way to make our ground speed better. Maybe a bit higher? A bit lower? But hemmed in between the fuel range with NBAA reserves, the steady headwinds, and our planned fuel stop, I didn’t have a lot of choices.

As we got closer to our fuel stop, I progressed from uncomfortable annoyance to horrible pressure to “I’m going to need a doctor if this goes on much longer.” Finally we began our descent into KBWG. I’d mentioned to my co-pilot, during our cruise portion, that I really needed to go to the bathroom. He acknowledged and dismissed this bit of information with an easy indifference. Not my bladder, not my problem. But as we started down, I told him I may need his help on landing.

“Because the pain is so bad, I’m not sure I can use the rudder pedals.”

Now he looked invested in the conversation.

At this point, I know what you are saying to yourself. “Self, what kind of idiot gets himself into a situation like this? Why didn’t he just stop short and go to the bathroom?”

A simple device, but sometimes a life-saver.

First, all options were considered and discarded. If we stopped short, with these headwinds, that would have turned this flight into a two fuel stop trip instead of one. Something I’d have to explain to the boss, and to the customers. It would add time that we didn’t have, and cost that wasn’t needed for my personal comfort.

Second, as the guy who supposedly knew what he is doing, being the one who didn’t go to the bathroom before we left was not something I wanted to admit. I’m not saying pilots are prideful, but…

Third, we would be there shortly. I could make it (repeat quietly to yourself over and over).

I flexed out a few tentative rudder pushes and decided I could make do. We would be on the ground soon so we were good.

“N12345, turn left 20 degrees, this will be vectors for the localizer approach. Glide slope is out of service.”

What? No ILS? The minimum descent altitude (MDA) for the localizer would get us in, but just barely. Great.

We cruised along on vectors and then after intercepting the localizer, we waited for clearance to actually start the approach and descend.

We were getting closer and closer to the airport. With turbocharged piston engines, I couldn’t just yank the throttles and push the nose over. I had to worry about shock cooling. Finally when we were about to request we turn around and try again, we blessedly got the approach clearance. I pulled power as much as I could and nosed over to get to MDA, tracking the localizer inbound.

Just as we got to MDA, we popped out of the clouds and there was KBWG – bright and clear and beautiful. And almost directly below us.

My co-pilot looked at me with pity in his eyes and said, “Sorry, no way you can make it from here. We’ll have to go around.”

My calm and professional response?

Using my recently tested skills of rudder mashing, I put in a heap of right rudder and dropped the left wing. The 340 slips beautifully. If you haven’t tried it, have a go. I was looking at the runway out of the side window, holding my slip to get down to a landing position. I glanced over (now up in our slip) to my co-pilot. He was as white as a sheet and not saying anything. The customers were still chatting away amiably in the back, oblivious.

The runway at BWG is long, but what if you’re way too high?

The slip entry and exit were gentle and everything was shaping up nicely, even though this was the longest and steepest slip I’d ever done. But all was well, so why was he so upset? I queried him quickly and he just shook his head. No time to figure it out now.

I popped out of the slip, dropped full flaps, and touched down without a problem, making the last turn off with little braking. Before we were off the taxiway, I was already out of my seat belt, pushing through the customers, and at the air stair door ready to drop it the moment the co-pilot stopped at the ramp.

Several minutes later, my co-pilot took up station at a urinal beside me in the bathroom. I looked over and asked him, “Hey, why’d you look so scared on the way in?”

“It is a prohibited maneuver. It is in the POH.”

“What?! I’ve never seen that. Why is it prohibited? It slips just fine.”

“It unports the fuel pickups. The engines will quit.”

After several seconds of bladder relieving thought, I replied, “We were already too high, I didn’t need engines anyway.” What else can you say at that point? We were down and safe.

After completing our trip and seeing our customers safely delivered to their destination, we pulled out the POH and did a thorough review of any and all limitations. My intrepid co-pilot, unfortunately, spent his time bouncing between airplanes and had mistaken the 400 series Cessna no slips limitation for an all encompassing twin Cessna limitation. 340s are indeed able to slip freely.

Today my daughter, whenever I mention the possibility of buying a new airplane, only asks one question.