Blog - Latest News
You are here: Home1 / Article Archive2 / I was there3 / It just wasn’t my turn 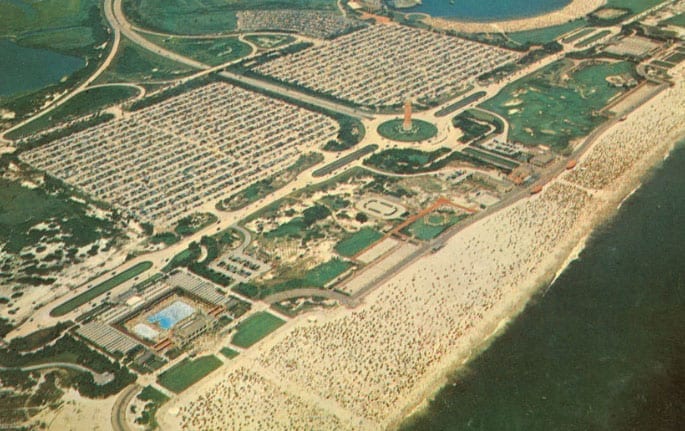 I suddenly realized that the essence of the Cub was running through my veins. Every lesson it had to teach was there for me. I knew I would never master the Cub – that was a ludicrous concept – because you can only learn the airplane’s secrets by being one with it, respecting it, loving it.

Mastering an airplane has an adversarial, ham-fisted overtone. Melting into it, sliding into the seat as a well-oiled and long-paired gun slides into its holster, feeling every vibration and note – that’s being one.

Once in, you smell the scent of a working Cub, and every working Cub has the same scent, a mixture of 80 octane, exhaust that has slipped in through the doors and windows for years, burnt and leaking engine oil that has taken the same route or slid under the floorboards, a hint of hydraulic oil from servicing the brakes and vague remnants of the sweat of a thousand or so pilots who learned from the Cub before you.

The pock-pock-pock of the engine at idle turns to a smooth, solid sound with the movement of the throttle for taxi, then a roar at full power. You feel the controls come alive and the flying, the Cub flying, flows back into your sensory system.

Flying over Jones Beach in the 1970s meant lots of people below.

In the air, I tossed the hook out of the open door, swung around, snagged the banner and headed for the beach. This summer day in 1972 was beautiful, crystal-clear blue sky with a few puffs of cu, and, at 500 feet, crossing Sandy Hook, a view of New York City, its bridges and beaches alive in the sun, the skyline sharp and crystal clear as a picture in a Viewmaster.

On this perfect day, on the way to the New York beaches, was when it hit me, the first time I was aware of the sensory communication with this airplane. It was as if it had come alive for me and was singing its same beautiful song that I was hearing for the first time. This communication had been going on for a while, for several seasons, but it was the first time I was aware of it, could sense the palpable connection between me and this beautiful machine. I became aware that the Cub had all of the secrets of flight and could teach them to me if I was open to learn them.

I headed out to Jones Beach inlet at 500 feet, dropped down to 200 feet and worked the beaches back to Coney Island, then over to Sandy Hook again for the long haul to Cape May. On a good day, at 55 mph, I could make the flight in a shade over four-and-a-half hours. I’d drop the banner at Cape May, land, roll it up, toss it in the back of the Cub and fly home.

If it wasn’t bumpy and I didn’t have a headwind on the long haul, I didn’t need to refuel. Starting with 43 gallons of gas, I had just enough for the 1:15 flight back to Colts Neck, do a loop, land and put the airplane away for the next day’s flying.

The flight was good, although I did notice a little burble in my seat when I put in up elevator, something loose I guessed, a fairing or something. I made good time to Cape May and a pilot from Tomolino’s banner crew met me climbing out of the Cub to say hello. Lew and I had chatted before. It was fun to meet someone from another banner company to compare notes. We talked while I rolled up the banner, Lew pulled my prop and off I went. On the way home, I again noticed the buffeting when I pulled the stick back. I wished I had looked the airplane over in Cape May, but I was 20 years old and everything was full-throttle all of the time. Hell, it was flying. I forgot about it.

In the pattern at Colts Neck, I was going to pull my loop and then land. There was an unusual amount of movement and cars at the airport. During the week, Colts Neck was a fairly sleepy little grass strip. I got a cold chill as if something were wrong, so I just landed. When I got out of the Cub, Paul, the guy who ran everything at the airport except the banner towing, was standing by my wingtip.

We had a fellow who’d been spraying gypsy moths from a Bell 47G for a couple of months. He was a nice young guy named Mike. I liked him and talked to him often during down times. Mike had crashed and gotten killed at the airport that day. What we didn’t know then was that he had left a fueling hose draped over a landing skid after he fueled and when he tried to blast away from the pumps, it flipped him and the crash killed him. Simple as that, an easy mistake and he was gone.

Paul’s parting shot was, “You fly just like him. You’re next.”

Four tail braces are standard on a Cub – and most certainly required equipment.

Mike’s death shook me, but hadn’t sunk in, Paul’s stupid-ass comment hadn’t sunk in either, but as I grabbed the elevator to wheel the Cub around to put it in the hangar, I saw a broken upper tail-brace. There are four of them, one in each quadrant of the tail, which give the horizontal stabilizer great strength to stay straight in the slipstream and to absorb the loads the elevators put on that portion of the tail when they’re deflected.

Usually, when an upper tail-brace fails, the attendant horizontal stabilizer and elevator fail to a straight-down position and the airplane goes into an unstoppable spiral. The owner of the banner towing company, Cecil Coffrin, who had flown since the Lindbergh boom of ‘27 and was my aviation hero, had told me he’d put a two-foot chromoly bar through the jack screw and into the horizontal stabilizer leading edges to beef them up and offset the weight of the oversized engine and metal prop. It had held. No one had ever tested it before, but it held through almost six hours of flying.

The brace had broken on my pick-up at Colts Neck. I vowed to never get in an airplane, even one I had just landed 20 minutes earlier, without walking around it. I looked at the charred wreckage of the helicopter. It was still warm. My beater car, an old Plymouth station wagon, had been sitting right behind the gas pumps, opposite side from where Mike had crashed, and I realized there were shards of molten helicopter canopy stuck to one side of it. I drove out, shards and all.

Later, I reflected on the day, the loss of an acquaintance and fellow aviator, and what Paul had said. I knew, had I done a loop, at some point the tail would have failed. The Cub exceeded her capabilities for me and Cecil had divine intervention when he had the foresight to put the chromoly bar in the tail, but it would have all been for nothing, Cecil’s and the Cub’s valiant effort, if a young aviator hadn’t died that day. The loop would have ended it. The tail would have failed.

I’ve never been able to decide why the series of events conspired to save me. The day held a mysticism of my new awareness of the airplane, but I hadn’t listened to it. It was day one, lesson one. After four years of flying, I was a newborn pilot. That night I started a tradition of getting a beer for the aviators who can’t be here. It sat on the bar as I raised my glass to Mike and I promised to be better, to listen, and I decided that it just wasn’t my turn.