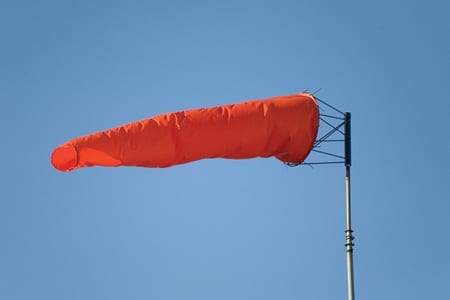 It has been a long time since I took care of patients, but many lessons of my medical training and experience come back to me frequently in daily life. Physicians and surgeons make critical decisions and take actions with consideration of safety margins and tradeoffs. In a made-up example, would I recommend surgery that had a 70% success rate, but a 10% risk of death, when the underlying disease had a 30% chance of remission with medical treatment, and zero risk of death? Obviously, the calculation in such a case would be complicated, and the tradeoffs acceptable or not depending on the doctor’s confidence and experience, and the patient’s suffering, values, and understanding.

Similarly, every time we fire up the engine(s) and take flight, we enter a four-dimensional realm of risk-benefit tradeoffs and sometimes complex decision-making. My flight experience is pitiably limited compared to many of the best storytellers in this journal, and my days of risk far less dramatic than theirs. Nonetheless, I have done, or not done, things that put at risk the safety of my airplane and its fleshy contents. Lessons were learned, fortunately without bent aluminum or broken bones.

Checking the oil is good; but you must replace the dipstick.

The most dramatic incident I wrote up for Flying magazine’s “ILAFFT” column; Mac McClellan turned it down, saying that they got this story far too many times, and he wasn’t interested in beating that drum. The short of it is that I was distracted by early arrival of a passenger while adding a quart of oil, and closed the cowl without replacing the oil filler cap. That meant that a short while later, at 5000 ft on a thank-God CAVU day, I saw a trickle of oil on the cowl, and the oil pressure needle at the bottom of the green and headed down.

Fortunately, we were between two easily reachable airports, and I made perhaps the best landing of my life power off. The engine was saved, many paper towels were consumed wiping down the plane, and my confidence as a pilot was deeply shaken despite the attaboys of my pax. I seriously considered giving up flying, thinking if my judgment and thoroughness were that bad, how could I be trusted? What if that had been a night flight, or over rough terrain, or with no airport within reach? I had reduced the safety margin to razor thin. Lesson: if interrupted, restart the checklist.

During my student days, I took the old Musketeer to a paved duster strip for short-field work. I flared a bit high and thumped in, added power and lifted off. Almost immediately, a very loud banging noise started, and I panicked— had I damaged the airplane? Should I land straight ahead? Turn around and land on the short strip? Or try to make it back to my nearby home field? Heart pounding, I called Rochester Approach, declared an emergency, and received an “any runway” clearance to land. The banging was surely heard by the controller.

Once established homeward, I calmed down. The engine was smooth, all instruments in the green, controls normal. I decided the noise came from the right side — and saw the right seat lap belt sticking out under the door. From that, I learned a few lessons — the most important being to actually look at the exterior during a preflight inspection. I boarded from the left and paid no attention to the right door. The second was to forcefully control my emotions when something happened unexpectedly: first of all, fly the airplane. Panic could have led me to make an off-airport landing, lose control, or get hurt in a bad landing.

Don’t let ATC talk you into landing on a runway that doesn’t agree the wind.

On another low-time occasion, traveling cross-country, I landed at a Midwestern airport for fuel. The wind was very strong, I think around 25 knots with gusts. The tower offered me a runway with a near-direct crosswind, despite there being a runway more closely aligned with the wind. Dunce me, I accepted his offer and continued the approach, with the nose maybe 30 degrees to the left. The landing was a near disaster, bouncing, squealing tires, swerving all over the runway; from sheer luck, I suspect, I saved the plane but not my confidence. The possible consequences of my shaved safety margins are obvious. Also obvious is the need to think about all controller instructions to be sure compliance is the right course.

I could go on, but might balance these bad decisions with good ones — the day I was ready to pull out the airplane, and scrubbed the flight because of a headache. As a VFR cross-country pilot, making a 180 at the first sign of snowfall and reduced visibility. Having the engine checked for minor roughness, and finding a badly burned exhaust valve. Thankfully, as my hours increased — and I aged — the number of bad decisions dropped off.

Now, the highly experienced authors for Air Facts probably haven’t made it this far (“Borrring!”), so I’ll address the students and low-time PPLs. You will have to forgive yourseves for mistakes; if you haven’t made any, you will. But pay attention to the margins: ask yourself before every decision, what are the tradeoffs, what are the margins? There are thousands of sad stories about flight into IFR, get-home-itis, inattention to maintenance, and so on. In most cases, there were flawed decisions, failure to recognize thin margins of safety, and poor response to unexpected circumstances. Those problems are within the pilot’s power to avoid. Look, think, plan ahead, and fly the airplane!