Blog - Latest News
You are here: Home1 / Article Archive2 / I was there3 / The loss of an old friend 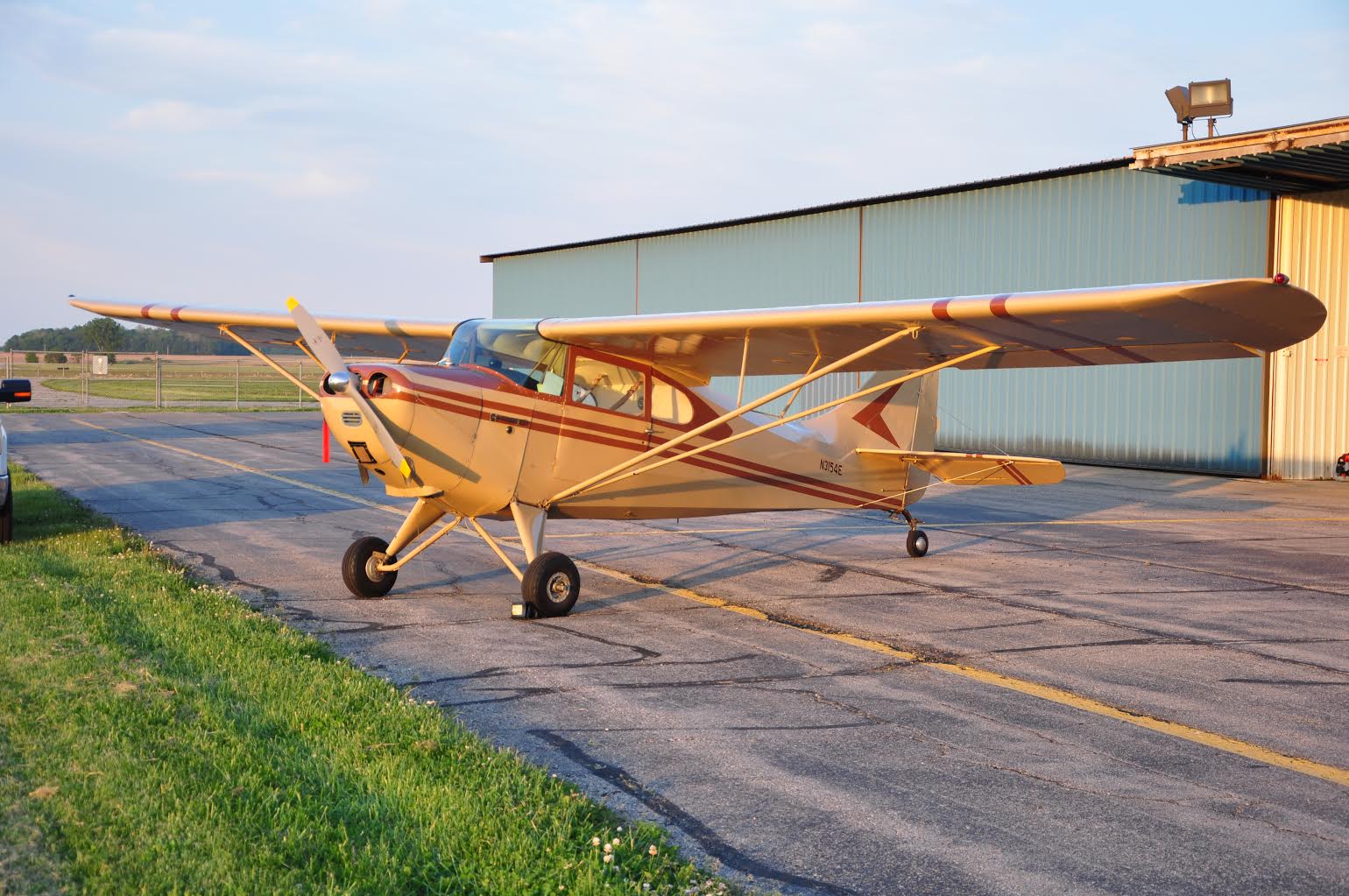 I just lost an old aviation friend. The news came in unusual fashion, as an email with graphic photographs of the body, but no note about what happened. The damaged nose, the broken limbs— one separated from the body— it was hard to take. She had been pretty, perky, always ready for a good time. But now it was over.

A good friend, before she met her unfortunate end.

Who was she? My lovely 1946 Aeronca Chief, of course, the one I’ve written about here previously. In earlier stories, I related my efforts to improve the airplane, with an 85 hp engine and electric starter, new engine mount, new seats, new cables, new tires, Hooker safety harness, new instruments, overhauled brakes, and much more.

And when I had gotten it just so, it was time to give up flying and let her go to another caretaker. I was fortunate to sell the Chief to a passionate flier from the southeast, and hoped he would be a faithful custodian of this charming airplane. The Chief had never been registered outside Indiana in its entire life post-Middletown, Ohio, so I sent her away ruefully, wishing she could have stayed nearby. I was selfish in that hope, because I wanted to see her now and then.

Apparently, the gentleman to whom I sold the airplane had changed circumstances a few years later, and sold her a short time before the accident. The shocking pictures I received without explanation led to a web search revealing what happened. According to the FAA inspector, the pilot was landing at a residential airpark, and upon touchdown, the airplane veered left, off the runway. The left wing hit the windsock support pole, spun the airplane around, taking out the prop, right wingtip, and the right landing gear.

The FAA registry suggests that the airplane’s corpse now belongs to an insurance company. It appears from the photos that the airplane is not economically restorable, needing a prop, engine teardown and repair, possibly engine mount and firewall, two new wings, extensive fuselage frame and landing gearwork, and a recover and repaint. So, off to a salvage yard, I suppose, unless some EAAer in love with Aeroncas buys the wreckage and does the rebuilding him- or herself.

I have no idea why the airplane left the runway, but my experience with it included unintentionally getting my left shoeheel on the heel brake, and nearly losing control. The FAA inspection found no issues with the wheels or brakes. At any rate, it’ll be chalked up as yet another loss-of-control crash on the NTSB’s hit-list of GA problems. Happily, the accident pilot was unhurt. I like to think my girl (and Hooker’s harness) protected him.

This affair made me think again about the bonds pilots can form with specific airplanes. Some, of a mystical bent, think their airplanes have souls, of a sort, and can feel emotions and express them in various ways. My first airplane, a 1966 Cessna 172, became like a happy puppy for me; my wife used to joke to friends that “Hunter has gone to the airport to pet his airplane.” When weather was too much for an aged taildragger (and aged pilot), I would sit in the Chief, thinking about flying, rehearsing taxi, takeoff, and landing. The rattle of the hangar doors in the wind, the unique smell of small aircraft, and the airplane’s many experiences would evoke my father’s flying stories, my training in Minnesota, treasured aviation friendships, remarkable flights…

Looking at the pictures, I had a sudden urge to visit the Chief’s lifeless body, and lay a floral wreath across her broken nose.

Go or no go: Thanksgiving trip across Florida
Scroll to top