Blog - Latest News
You are here: Home1 / Article Archive2 / I was there3 / From renting to owning – and reluctantly back to renting 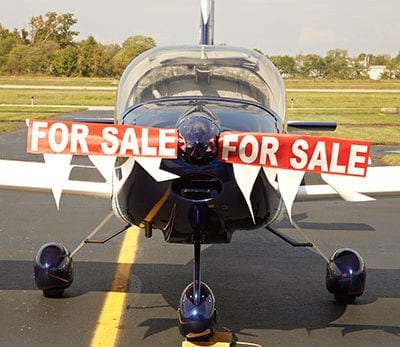 I’ve been an airplane nut practically all my life. I grew up on a cotton farm, and one of the highlights of my youth was watching the ag planes as they sprayed our fields and those of our neighbors. One of our neighbors had a field positioned such that the plane, an early Air Tractor with a big old radial in the nose, would make his turn right over our house.

I always hoped he would get lots of bugs in his cotton. No matter what I was doing, much to the consternation of my dad and brothers, if an airplane flew overhead, work stopped until I had spotted the plane and it was out of sight. My feet may have been in the cotton patch, but my mind was in the clouds. The guy who sprayed our fields bought an old Tri-Pacer and gave us a ride once, and the dream having become reality, I knew that was something I wanted to be able to do myself.

We were poor, but I managed to come up with a little money in college to start taking flying lessons. Over a couple of years, I managed to log enough time to almost be ready for the checkride, but that final hurdle eluded me. A wife then came into the picture, and priorities were diverted for a while, but after a 10-year hiatus, I decided it was time to pursue the dream again.

The Viking is a fun airplane to fly, but there is a learning curve.

Four of us bought an old Cessna 150 for $6,000. We kept it a year, finished our licenses, and sold it for $5,800. It was then on to bigger and better things. The group bought a 1964 Bellanca Viking. Going from a 150 with a top speed of 100 mph to a Bellanca with an approach speed of 100 mph was a stretch, and probably not a wise one, but I managed to survive long enough to learn to handle the speed and power of the Viking. Partners came and went in the group, but I was always around.

During that period, I managed to use the plane quite a bit for work. I had a number of clients who lived in a small town that was a one-hour flight and a four-hour drive, and this being the good old days when gas was only $2.00 a gallon, I could make the flight for a hundred bucks. There was a courtesy car at the airport, and I made that run about once a month. It made sense, and the plane actually had a practical purpose. I could leave at 7:30 am, get my work done, and be back by early afternoon. It beat eight hours in the car.

As time went on, though, I found myself going there less. There were some other business trips, but not many. Most of the other trips I made were 100 miles, and the practical side of me got in the way. By the time you go to the airport, get the plane ready to go, make the flight, get a car, and drive to town, you could drive the whole trip in the same time, and with avgas having gone to $5.00 instead of $2.00, it was certainly cheaper to drive.

I found my use of the plane went down significantly. Sure, I could use it any time I wanted to, but it was hard to force myself to just go bore a hole in the sky for no reason. By this time I had two kids in college, so funds were not as free as they had been. I realized that I no longer had a rational reason to be in the partnership. For the time I was flying, I could have rented far cheaper. But I really liked the guys who were my partners, and there was just something about being able to go to the hangar and open the door and think, “That’s mine.” Even if I wasn’t flying it, I knew I could. I would fly enough to keep current, sort of.

A few times I went past the 90 days, but when I went out to do my landings to get legal, I always felt competent. By this time we had upgraded the Bellanca to a 1974 Super Viking which was much nicer. As nice as it was, though, when I got the $50 gas bill for just making three landings, it took a lot of the fun out of using it.

We found a gentleman willing to give us $29,000 for the Bellanca. He wasn’t planning on overhauling the engine, just replacing the cylinders. It wasn’t what I would have done, but then it wasn’t my airplane anymore. We found a nice, well-quipped Mooney 201 for right at $100,000. Using the proceeds from the Bellanca sale, we were still out $70,000, but that was no more than we would have been out had we kept the Bellanca. The Mooney was better equipped and gave the same speed on less gas.

Even though the Mooney was cheaper to operate, I still found myself reluctant to play with it. Truth be known, I really never got that comfortable with it. Just a few months after we bought it, my wife and I made a decision to move to Tennessee to be closer to our children and grandson. My partners bought me out. I had a little money, but for the first time in over 30 years, I didn’t have an airplane that I could look at and say, “That’s mine.”

It’s painful, but sometimes you have to say goodbye.

I’ve been in Tennessee for about 9 months, and haven’t touched a yoke yet. I do have a valid excuse. Things were a little hectic getting settled, and about the time we did get everything put up and organized, I had my left shoulder replaced. It’s a little hard to manipulate the controls with a bum left arm. But now that’s over, and my excuses have just about run out. My plan all along was to rent. There hadn’t been justification for owning a plane for years, if there ever was. I’ve been there, done that. I’ve identified where I’m going rent. I just haven’t taken the plunge.

The first step will be to get renters insurance. I thought that was going to run about $300, but I’m getting sticker shock in actually looking at it. Then I have to pick which plane I’m going to fly. The flight school has a Cherokee and a 172. I have a fair amount of Cherokee time, so that makes the most sense, but if I’m going to be sightseeing, which will probably be the main thrust of my flying out here, the high wing makes sense too. I have very little 172 time, so it would take longer to get comfortable. Either plane is going to be a step down after what I have most of my time in. It’s probably going to set me back $500 or so just to get the insurance and a checkout. And that’s just to get started. Of course, I was paying more than that a month in debt service and fixed costs for the Mooney.

You can say what you want to about renting versus owning. I fully understand the fact that if you’re not going to use a plane regularly, you can’t justify owning one, even in a partnership. I’ve known for years that I could have been flying more for less money if I just rented. But now that I’m faced with renting, the reality of scheduling and not having a fast, capable airplane to fly is staring me in the face.

Even though I can appreciate better than most renters what it really costs to operate an airplane, it’s still going to be hard to bring myself to pay over $2.00 a minute to rent one. Of course, on the other side of the coin, the Mooney just got out of its annual inspection, and for the first time in over 30 years, I didn’t have that sinking feeling in the bottom of my stomach when I saw the envelope with the bill for that in my mail, wondering how bad it was this year. I don’t have to wonder which thousand dollar item is going to break on it this year, in addition to the annual. In fact, I just got an email from my brother, who is still in the partnership, with a picture of the broken compression ring on the number two cylinder. Owning an airplane has its rewards, but sometimes it’s anything but fun.

So I will get it done. It’s time to give up ownership. I know that, and I’m resigned to it. Once I get checked out, I’ll arrange to go out either with my son or some friends and enjoy the Smoky Mountains from above. There will be new airports to fly into to add to my logbook. I’ll make friends with a new plane. When I was flying Cherokees before, they seemed really fast. Since I’m trying to slow my life down anyway, maybe the Cherokee will be just the right speed after all.