Blog - Latest News
You are here: Home1 / Article Archive2 / Opinion3 / The case against practicing in the pattern 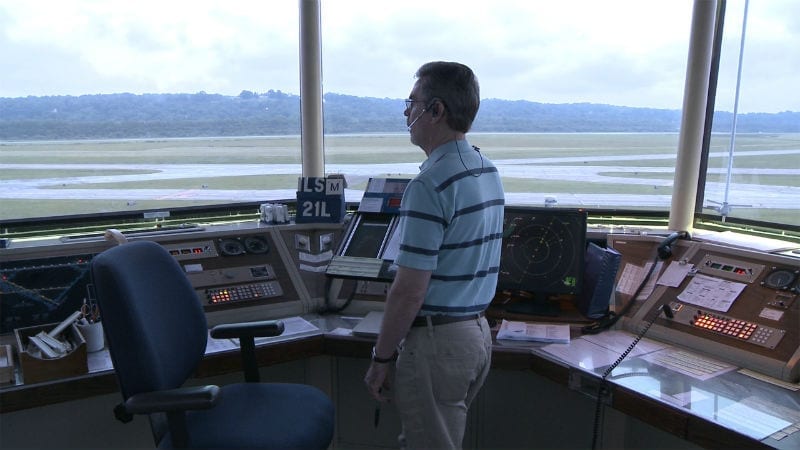 The title is a misnomer, but if I were to put in the actual title it would be: As important as practice in the pattern is, it doesn’t always prepare you for what can happen before and after getting cleared to land, and practice approaching from beyond the pattern is important also.

Make no mistake: practice in the pattern is how you learn how to land an airplane. It is an integral part of learning how to stabilize your approach, establish your airspeed, put in flaps and adjust angle of approach as well as transition to landing attitude. I used to use the word flare but some better-known instructors who have tons more hours than I use the word transition. I am not an instructor; nor am I instrument rated but plan to get there.

At busy airports like Van Nuys, there’s no such thing as a standard pattern.

I caught the bug late in life: I was in my late 50s. I began training at one of the busiest GA airports in the country, Van Nuys (KVNY), and was departing and landing on legendary 16R (and 16L). Some of my instructors moved on to fly corporate. I eventually found a good school in Santa Paula after having to start over. I took my checkride and passed (the second time) at SZP.

Santa Paula has no tower and is thus uncontrolled. On departure, the active radio is set to local CTAF and the standby is set to either Pt. Mugu (area traffic control), Camarillo, or Oxnard if either is the destination or the Santa Paula aerobatic area CTAF if eastbound.

The setting of the radios will play out later in the story.

I maintained a good relationship with the school at Van Nuys and still frequently rent from the FBO since it’s a lot closer to my residence than Santa Paula, although I rent from the latter to stay current (I like their airplanes a lot) and use SZP as a launching platform for Santa Ynez (IZA) or places farther north. I also would fly to Oxnard (OXR) to train soon after I received my certificate. It is less busy than nearby Camarillo, but doesn’t have a restaurant on the field.

One of the primary things in learning to fly is to lessen the workload. There’s the chiseled-in-stone aviate, navigate and communicate and more important words in a more important order would be difficult to find.

I practiced go-arounds until I was blue in the face and they became routine: smoothly advance the throttle to full, push in the carb heat and flaps to 20 degrees. Watch where you’re going, watch your attitude, airspeed and altitude, gently milk up the flaps, etc.

One time I did one of these while a student at Van Nuys and the tower kept calling. My instructor said, “Don’t talk to them until you have the airplane stabilized, have a positive rate of climb and know where you are in relation to the airport.”

“Fly the airplane.” Words of wisdom and words of gold.

It was on two of these flights to Van Nuys that the title of the story comes into being.

For story one, I was approaching from the west. I called tower frequency #1 (119.3) and received instructions to make right traffic, which I read back. I was doing about 80 knots in a 172, descending to 2000 ft. MSL, pattern altitude for 16R. As I got closer to the airport, say about a half-mile, the tower told me to cross the airport at midfield, descend to 1800 and contact the tower at 120.2 (tower frequency #2).

I flew over the airport, descended to 1800 and had my passenger look to the right since I was joining left traffic on the parallel and tuning the radio. I was multitasking! We landed with no incident and soon secured the airplane. I actually was in the pattern prior to landing so that flight might not qualify for the title of this article. The directive from the tower required me to descend into the pattern; normally this is a huge no-no.

Another time I was flying to Camarillo, cleared to land when I noticed I was high on approach and started to go around. I called it, the tower told me to turn left over the field and proceed downwind in the left pattern. Once again I had to adjust throttle and altitude, descend back down to traffic altitude and fly left downwind for what seemed like an eternity before being cleared to land. It is worth noting that many approaches to Camarillo RWY 26 are straight in.

The last occurrence happened when I was returning to Van Nuys after a $100 milkshake at the Camarillo Airport (CMA) Waypoint Café. I contacted VNY tower frequency #1 about six miles from the west after being told, “frequency change approved. Make right traffic” from the tower. I complied, and when I got closer (about a mile from the airport) and was at pattern altitude, the tower said, “turn right downwind.”

Sometimes you have to tell ATC, “unable.”

They said thank you and I twirled knobs to contact #2 tower – and I was totally out of shape. Out of shape is jargon used in dirt motorcycle racing when things are not looking very good for the rider and bike. It’s not swapping ends but it is a situation in need of help; could mean an “endo.” It’s also called getting behind the airplane.

I was cleared to land and somehow wrestled the airplane down onto 16L in the ugliest landing ever seen in which the airplane and pilot escaped totally unscathed but embarrassed. I managed to add some power when floating down the runway and set it down reasonably gently.

What did I learn? Remember where you are in relation to the airport both by distance and altitude. I was pretty far out from where I would be had I flown a normal pattern, and was high and fast descending, having flown across the parallel and keeping my speed up. I overcorrected, took out the throttle too soon, had to drag it in when I almost landed on the chevrons and had a crosswind to boot. I temporarily lost some control (you can feel it and it’s terrifying – the nose goes up) when the speed dipped well below 1.3 Vso, had to push the nose down and was high and fast over the runway in ground effect. Only lots of rudder input and a mild burst of power kept me from slamming it onto the runway.

Lesson two: if you are approaching a towered airport with multiple runways, especially parallels, pre-set the second tower frequency on standby so you’re pushing rather than twirling and looking inside too much. There are few if any, places where you need to look outside more than near an airport.

The moral of the story is to take some lessons away from the airport and learn to make left (right) traffic, and be prepared. While it’s true that 90% of the time you’ll be flying in the pattern, there will be times when the tower will direct you otherwise. You can also say “unable.”

Flying is no joke
Scroll to top