Blog - Latest News
You are here: Home1 / Article Archive2 / I was there3 / Flying is no joke 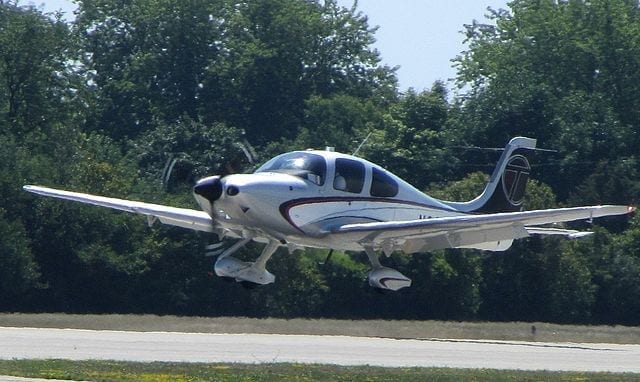 It dawned on me the other day as things are wont to when the mind stops and goes “huh?” You examine the surroundings and wonder, “Really?” One of those moments when you feel compelled to be in complete opposition to what you had imagined.

The gentleman of considerable means who claimed to have accrued about 500 hours in flight and 450 of those in a four banger had found himself for the past 50 hours in a turbocharged, six-cylinder, perfectly beautiful and sound aircraft. The smell of the upholstery still wafted in silence, bringing with it a comfortable sense of newness and performance.

As he taxied to “line up and wait,” something was amiss. Yet he and I both persevered in our thoughts of better flight to come. Shattered easily by the slipping nose wheel as the throttle was advanced, I pushed the right rudder a bit and felt the resistance from his feet, locked in a state of motionless silence. He must have felt it, for he looked over at me with a quizzical look.

We broke the surly bonds of earth, and the aircraft was free to climb and as it did, it started to feel the push of the slight cross in the wind.

We did simple maneuvers that he seemed to muddle through. As the light faded and twilight fell heavily on the earth below, another strange thought occurred to me: “I wonder if he is night current.” But before that, I had to figure out if his instrument ticket was the real thing. Apparently on his FAA card, I had noticed he was rated. So I told him to track to a designated VOR nearby and hold on the published hold. The 530 and 430 kept us both informed about our position, yet on tuning the VOR and following the CDI to the designated point, he seemed perfectly helpless in the exercise.

Forget about holding, I thought, let’s check his spatial orientation. I gave him headings to all four quadrants around the VOR and asked him to track towards it. The tracking was more of a fishing expedition. Out of the four attempts he fared poorly at 0%.

One cannot give up. I figured at least let us get some night currency in. As he keyed in the ATIS and communicated with the tower, I noticed he had dropped down in his altitude over hills that seem to climb up to 1800 feet to kiss the clouds. He managed to drift along the valley between the peaks that would set him up for a long final for Runway 29 as instructed by the tower. Five miles out, he decreased the power and as heavier turbocharged do, we lost altitude.

The VASI was visible three miles out as they turned red on red, I had no intention of being “dead” (as per the Kings). I pushed the throttle to add thrust, so we and that perfectly beautiful aircraft didn’t get mangled up with the bramble bushes. Our hapless pilot, three-pronged the plane onto the tarmac and it bounced three times, requiring some gentle back pressure to prevent any damage.

The roll ended up to the departure end of a 6000-foot runway. He taxied off erupting in, from what appeared to be bottled, or canned, if you prefer, a flurry of excuses: tired, personal issues and fraught with anxiety. Some were real and some I couldn’t tell. So I asked him why had he decided in the middle of such mental turmoil and agitated state of being to go for a flight review? He said, he felt free when flying, from all the devils that had surrounded him in the real world. It was an escape.

Hmmm… I thought and then as gently as I could say, “Flying an aircraft requires professionalism, a unified focus with disciplined thought process, a reliance on an experiential reference and as complete as possible elimination of extraneous information.” Flying is no joke. It is not like riding a bicycle or for that matter driving a car. There are three dimensions and time to contend with and errors multiply at an alarming rate if a pilot is unfocused on task. I did say to him as we parted company, “This beast of machine kills without mercy if it leads you by the nose. Either tame it and stay ahead of it and practice, practice, practice till your eyeballs hurt and you can control it like a bucking bronco. Or sell it to someone who can.”

The next day he was sobered enough and apologized for his performance. We flew again for another two hours and made multiple landings. He earned his flight review with the performance but not the Instrument Proficiency. That is for another instructor for another day.

May he develop his abilities with ruthless dedication. Time, it seems, always manages to tell a story.

The case against practicing in the pattern

The day I almost didn’t take off
Scroll to top