Blog - Latest News
You are here: Home1 / Article Archive2 / Technique3 / The other 4 C’s of aviation 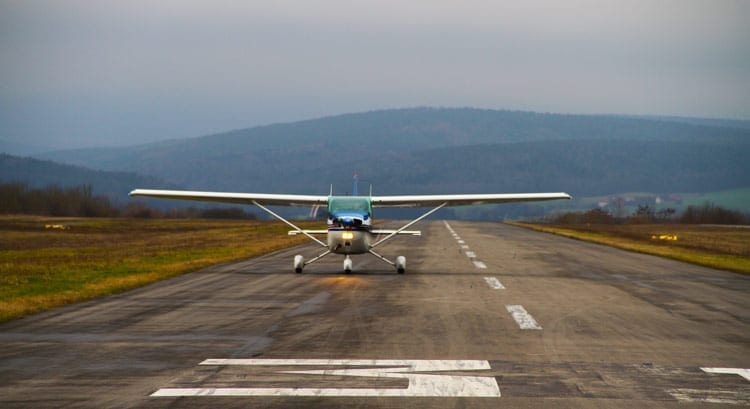 We are taught the 4 C’s of aviation in primary training. When faced with difficulty, such as getting lost or flying VFR into IMC, the safest course of action is to Climb, Communicate, Confess and Comply with instructions. But there is another set of C’s that has become more relevant to me as my flying experience has progressed.

A pilot goes through four stages of proficiency when learning a new airplane, a new set of skills, or working in a new environment. Those stages are Cautious, Compliant (or Current), Confident and Complacent.

The last of these can kill you.

The summer of 2018 has been an especially juicy one here in the southeast United States. Flying out of Atlanta, there have been thunderstorms somewhere almost every afternoon, often with lingering ceilings well into the morning before the moisture burns off and the cycle repeats. It’s a recipe for a lot of IFR flying, and I have earned more IMC actual time and flown more real instrument approaches in the last six months than in my other 12 years of flying combined. In short, I’ve been getting a lot of practice, and feeling pretty confident.

The AWOS is out of service. No big deal, right?

One Friday in July, I was scheduled for an Angel Flight mission to pick up a passenger at Coweta County, GA (KCCO), and deliver her home to Philadelphia, MS (KMPE). As usual, morning scud coalesced into low ceilings, so I filed for the short hop from my home airport of KPDK to get over Atlanta Hartsfield and drop into Coweta County south of town. To make matters more interesting, the AWOS radio broadcast at KCCO was NOTAM’d inoperable, although the phone line still worked and they were sending data to the Internet.

I called the AWOS right before takeoff and it was showing MVFR. With similar conditions at all the surrounding airports, I felt confident the approach would be simple. The takeoff out of PDK was normal, and I quickly passed a layer into the clear at 5,000 ft. Atlanta Hartsfield stretched below and the big iron was taking off and landing with good ceilings and visibility. But further south, the clouds were moving in.

I had no AWOS radio broadcast, but a glance at the G1000 showed the METAR flag for CCO had gone from green to yellow, meaning the airport was now IFR. That was fast! I requested the RNAV 14 approach for the prevailing winds, but because the north-side “T” route for that approach would impact Hartsfield traffic, ATC vectored me right over the airport to the south-side “T” route. This added five more minutes of flying time… a lot can happen in five minutes.

Established on final, I was cleared for the approach and ATC gave me a phone number to call to cancel my IFR flight plan once on the ground. I confirmed that this was the same number I would need to get the clearance for my next flight. Sure enough, the ceiling got even worse, and I broke out just 100 feet above the minimums but was right on course and glidepath and greased the landing. Another confidence boost!

After a quick turn to load up my Angel Flight passenger, we hopped in, fired the engines, and taxied out to the runway for the run-up. With that done, it was time to call ATC and get my IFR clearance. I heard some other planes on the CTAF as we were doing the runup. They had taken off to check the ceiling over the airport and determine conditions. I suspected they were CFIs checking conditions to see if instruction were possible. They reported low ceilings which was pretty obvious, so I suspected they would be landing and staying put for a while.

But they were making a lot of chit-chat on the radio while I was trying to get my ATC clearance over the phone, using Bluetooth in my headset. I was having trouble understanding ATC, so I switched to COM 2 since that was on the AWOS frequency, which I knew was quiet. Worked like a charm, and a couple of minutes later I had my clearance and was ready to go. That’s thinking outside the box, I said to myself!

Where did he come from?

Thirty seconds later, having heard no other radio traffic and doing a quick scan on final approach, we announced takeoff intentions and entered the runway. And right there, halfway down the runway, was a blazing set of landing lights and a spinning propeller headed in our direction. “What the…?” I said. “Where did he come from?” I quickly realized he was slowing down, and he turned onto a taxiway before there was ever any conflict, but it was disconcerting. I know sometimes at uncontrolled fields friends operate with less-than-stellar radio conduct, so I chalked it up to that, re-announced our takeoff and we sped into the sky.

About 500 feet AGL, as I was cleaning up the airplane, I reached up to switch from CTAF to Atlanta Departure and was struck by a humbling realization: I had left the radio on COM 2 that whole time! I was making all those announcements to an empty channel, and it was the OTHER pilot who had the right to say “What the …?” when he saw me enter the runway.

Thus, a graphic example of how confidence can lead to complacency and a potentially dangerous situation. My recent experience in IFR flying made me confident in my processes, and lax in my oversight. The subtle change in this situation was that rather than getting clearance from a tower, I had to dial up the phone. And since the CTAF was very active, I had switched to a quiet channel and forgot to switch it back. I was outside of my normal process. And I didn’t stop to evaluate why I hadn’t heard the other pilot that I saw on the runway, assuming he was the one who was in the wrong. It’s probably common for infallibility and complacency to go hand-in-hand.

In the end, there was no-harm/no-foul, but the lesson drives home. Just because you’ve done something well a thousand times, doesn’t mean no vigilance is required for the 1,0001st. Like a golfer with a pre-shot routine, if something disturbs your normal rhythm, stop and go back through the steps again. The extra thirty seconds you spend could keep it from being a very bad day.

Jeff Schlueter
Jeff grew up in Wichita, KS, watching F-4s and B-52s fly out of McConnell AFB, but he never seriously thought about being a pilot until graduating from college in the same year that Top Gun was released. He, along with thousands of others, marched right down to the Navy recruiting office to sign up for that gig, but the Navy decided his feet were too flat. The dream smoldered for several decades, until a friend took him for a ride in his Cessna 172, which relit the flame. He now has 1300 hours on his PPL, and flies mostly for pleasure and some business in a Mooney Ovation 3. He also volunteers for Angel Flight and Pilots ‘n Paws missions, and finally gets to exercise his “need for speed” by racing the Ovation 3 in the Sport Air Racing League events. So far, he has never been beaten in the Factory class, but encourages everyone to give it their best shot.

A flight of firsts doesn’t quite go according to plan