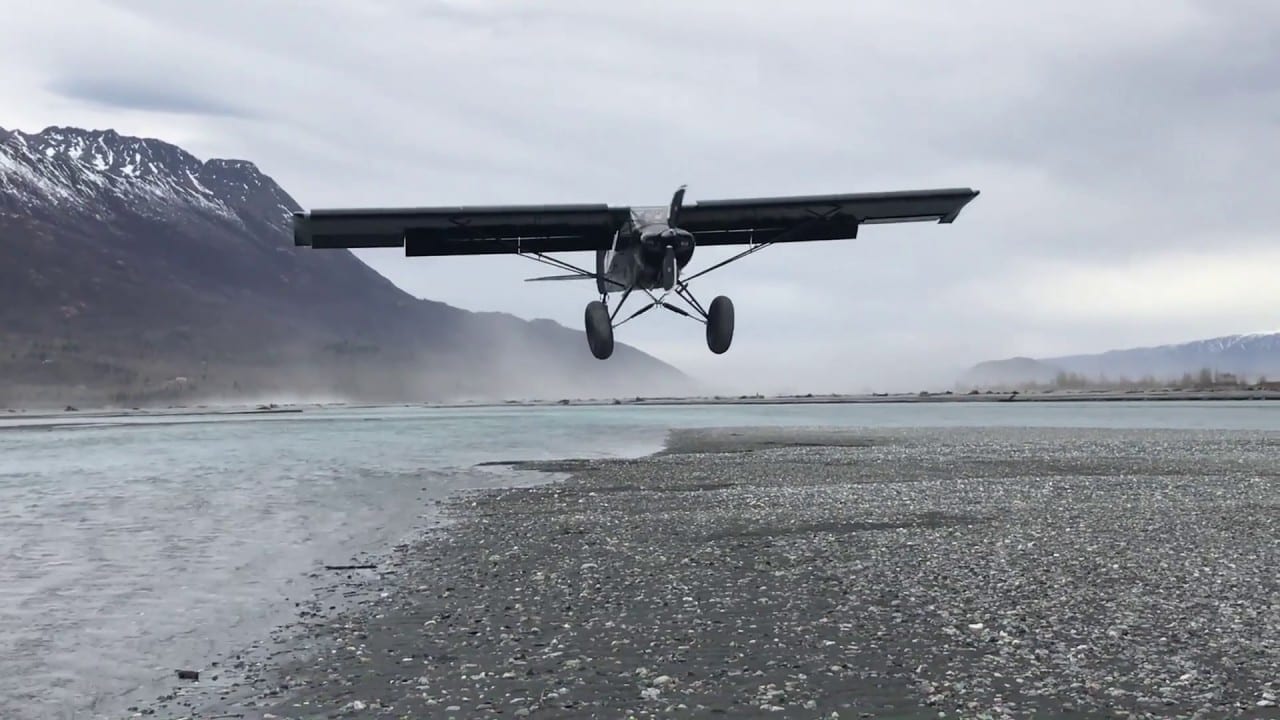 We’ve all heard it, and most of us have said it: “There are old pilots and bold pilots, but there are no old, bold pilots.” I’m here to tell you that such purported wisdom isn’t very wise at all. Not long ago, Alaska was filled with old, bold bush pilots. In fact, if you weren’t just a little on the bold side, you had no business at all in trying to fly Alaska’s great outback.

There were no flying schools that taught glacier landings, beach and sandbar landings, gravel bar landings, or mountain top or ridge landings. If, in your student days, you mentioned that you wanted to learn how to be a real bush pilot, many schools and instructors would simply back away from you. Their insurance didn’t cover such insane behavior.

As a bush pilot, you’re usually all alone.

Who do you suppose taught Merrill “Mudhole” Smith, who became owner of Cordova Airlines, to fly the Alaska bush? And who do you suppose taught Bob Reeve, later formulating and leading Reeve Aleutian Airline, to fly his homemade skis on and off the mud flats and water at Valdez? During WWII, he once flew a 7,000-pound overload in order to facilitate the building of remote airstrips for the U.S. Army Air Corps. The old CAA chased Bob all over Alaska for stunts like that, but never caught him at it. Like all the pioneer Alaska bush pilots, they possessed true grit, not to steal that title from the heroic John Wayne.

Older Alaska pilots, and I include myself in that batch of ne’er-do-wells, enjoyed a minimum of flight instruction, to begin with. We weren’t encumbered with radios, electric starters, VOR navigation, nor, in fact any voice interaction with control tower personnel. None of that stuff was available to us. Many of us came from the backgrounds of air mail flying and barnstorming. Hand propping our airplanes was just a part of flying, and if you couldn’t, or wouldn’t, hand prop your own airplane, you just weren’t going to go flying. I doubt that many young pilots today have ever hand propped their little airplanes, and, in fact, would very likely be scared to death at the prospect. That alone tells me that most are not very bold. I blame the CFIs for that.

What would these younger pilots do if forced down on a remote river gravel bar and, because of an electrical problem, no longer had a working starter? Moreover, there are a number of things to get behind you before you ever lay a hand on a dead prop. Do most of them even know what those things are? For a bush pilot, such things are as easy to do as is slipping into your favorite old jacket. On the other hand, trying to hand prop an engine without the full knowledge of the act can be held as a potentially death-dealing exercise.

Many of the situations that bush pilots confront are unique, of course. How to make your first beach landing, for instance. There is no source, other than experience, that will tell you which sand is – and, more important, which sand is not – suitable for a landing in the airplane you’re flying. You’ll just have to figure that out with a balance of good judgment and experience. You’ll have to trust your own judgment, and then either abort the attempt or go ahead and land. If your judgment has been good, you’re in the gold. If not, how are you going to get out of the pickle in which you now find yourself? You should consider that a tricycle-geared airplane is not a good idea, under most circumstances, if a bush landing of any sort is anticipated. Given all that, I have to suggest that a bolder pilot is better equipped to handle such truly simple procedures and to make such critical decisions.

I’ve made my fair share of zero-zero takeoffs, from both land and from water. I mean takeoffs when the pilot can’t see more than ten feet ahead of his accelerating airplane. In a light aircraft, with its normally limited array of instruments, that takes a bit of a bold approach. Think you could handle that without feeling too white-knuckled about it? I admit that it’s not for everyone.

By my tenth hour of flight instruction, I had already become quite aware of seat-of-the-pants feelings. If you’re a young pilot today, I’m not sure that you’ll ever acquire that ability. I know that your flying world today is filled with Vx and Vy numbers. They won’t do you much good in the bush environment. If you fly the bush, you will have memorized two numbers from your airspeed indicator, and these two numbers will be all you’ll ever need. Consider that your first view of your landing area may be only five or six seconds before touchdown, whether on floats, wheels, or skis. You’re already in the seat-of-the-pants world, and you’ll have no time to recall, and set up for, those V-numbers. You’ve already done all the setup you will have time to do.

As for takeoffs, did you know that a Cessna 180 will take off and climb out with the stall button showing a steady red and the stall buzzer making its annoyingly loud racket in your ears? And with the airspeed indicator sticking its little tongue out at you while clearly stuck on 0-knots? I don’t advocate that sort of flying, but it is possible. In a few occasions I can recall, that situation was required. I certainly do not recommend that sort of flying. It truly is not for the timid. And if your engine should miss a beat, you may well end up a statistic.

Will the airplane make it off that gravel strip? There aren’t many textbooks to consult.

Are you confident enough to perform a step turn in 40-knot winds with your Cessna 206 floatplane? If your ticket carries an SES addition, I’ll bet you’ve never tried that and are very likely surprised even to learn that it’s possible. In the bush, it’s not unusual, since neither the plane’s rudder nor the water rudders are very effective in those winds. Around King Salmon, Alaska, the winds can expected to be around 35 knots almost every day.

The clearance read: “Cleared below 500 feet to five miles east. No clearance will be granted for a return.” Do you find that a bit sobering? Visibility was around a half mile, and who could even tell where the ceiling was? For sure, the weather didn’t allow 1,000 feet and three miles. It was an emergency flight, so I felt it necessary to set aside those VFR restrictions. In point of fact, I’ve made many, many Zone Clearance departures over years as an Alaska bush pilot. None, of course, led to disaster.

I once made a three and one-half hour floatplane flight in a loaded Cessna 206, holding an altitude of only 60 feet below a solid overcast. But I have to think that many of today’s younger pilots lack the self-confidence to handle those departures, or those flight conditions, without a tight grip on the stick or wheel, accompanied with a set of clearly white knuckles. In fact, I once flew a Super Cub for more than one hour at a height of no more than ten feet! Another emergency flight, that was.

There is a line between confidence and overconfidence, however very dim that line seems at times. The old, bold pilots know the difference and are most careful to not step over that line. Overloads? Almost every day has its share of overloaded airplanes in flight. Almost all end safely. Those few that end in tragedy are most frequently the fault of weekend pilots who suddenly become bush pilots during Alaska’s fall hunting seasons.

Throw stones if you will at these bolder pilots, but they certainly had learned how to handle their little airplanes in the air. And if their ships should hit the sand, they continue to fly their machines with skill and knowledgeable determination.

So, yes, there are indeed old and bold pilots. Alaska still has a handful of them.

You did everything absolutely right, and you could have been absolutely dea...

My adventures in the right seat
Scroll to top