Blog - Latest News
You are here: Home1 / Article Archive2 / I Can't Believe I Did That3 / Poor planning, poor choices, and poor airmanship 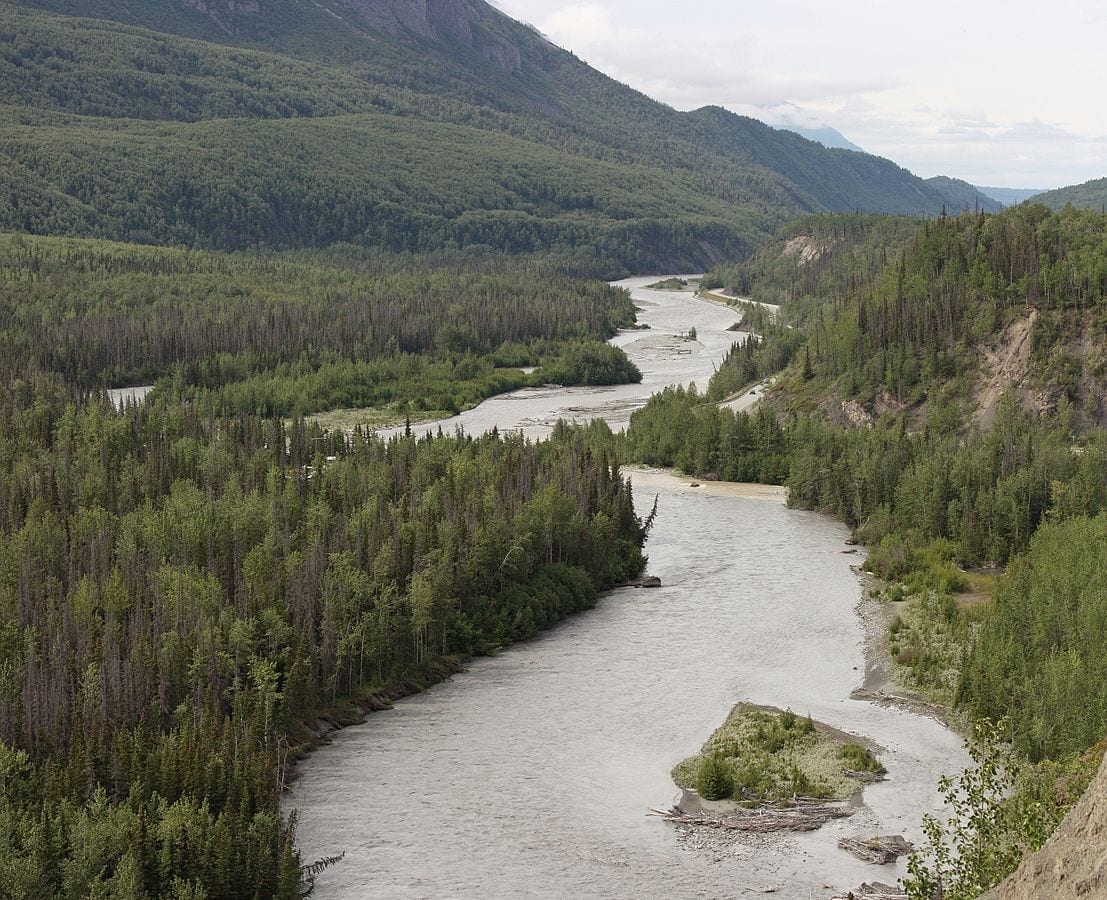 The following incident occurred deep down in the Alaska winter of the mid-fifties, during the last century. I just love saying that! In truth, it was back only as far as 1957, now more than 60 years ago.

My childhood friend, Gene Hock (who would later kill himself in a mid-air collision), and his boss, Bob Moore, Anchorage’s Right-of-Way Agent, had decided to drive up the highway to the Mendeltna neck of the woods. Mendeltna is located in the middle of a plateau area about 3,500 feet above sea level. Our home town of Anchorage boasts an elevation only 138 feet above the high tide line.

Gene and Bob had decided to drive up, but I didn’t relish the idea of that long drive, and decided to fly up in an Aeronca Champ on skis. The plane was an old model with a 65-hp engine, not really a firecracker airplane.

My pilot logs show that I had a total of about 37 total hours in the air at that time, and was still flying under a Student Pilot Certificate.

The Matanuska River offers a convenient route north, but the terrain rises rapidly.

When I lit out, the weather was clear at Anchorage, but as I passed Palmer, fifty miles out and along the Matanuska River, I encountered a serious of cloud decks ahead of me. I had been flying at about 500 feet, and was below the highway off to my left side as it climbed into higher country. It occurred to me that a better place would be between cloud layers, so I added a bit of power and climbed to a level that placed me between the first two layers. I should have been able to see the moraine of the Matanuska Glacier from there, but I could not. The cloud layer immediately above me had completely obscured the moraine.

I realized that this was a bad situation to be in, so I circled, turned back, and descended once more to an altitude that put me below all cloud layers. The highway had by now disappeared into the lower cloud layer above me. That wasn’t a really good place to be, but it would have to do for the moment.

I could see that the weather lifted just beyond the big rock that held the radio tower located off to my left and not far ahead. I could see that I would have about 50 feet between the cloud deck and the highway there, enough room to skirt the rock and fly into better weather. So I just took it…

As I rounded the radio tower, I could see the Sheep Mountain airstrip just ahead, but a lower ceiling beyond. Well, time for some bush coffee and a piece of good cherry pie anyway, always available at the Sheep Mountain Lodge just beyond the strip. I overflew the strip, gave it a good look, and turned to land downwind and downhill on its 2,200 feet length.

The “Alaska Airport Directory,” now decades out of print, notes the following for the Sheep Mountain Strip: “Caution advised as the airport has severe gradient dropping from SW to the NE. Hill 200’ higher than strip 800’ NE. SW is approach is favored. ENE end rough with small gullies across runway… Boundaries marked by 55 gal. drums.”

I turned to taxi to the upper end of the strip, shut down the little power plant, and walked the few yards to the log lodge, warm and much more cheerful than my environment of a few minutes earlier.

Both the pie and the coffee were excellent, as usual, and I walked to the front windows to again view the weather. It had lifted a bit, and I was sure I could now make it from the strip elevation of 2,750 to the required 3,500 feet that would allow me to proceed along the plateau ahead. But after takeoff only a very few minutes later, I slammed into the dense cloud cover. I was shocked to see that the only view forward I now had was the black painted backside of the spinning prop.

I was flying less than 50 feet above the native spruce trees that dotted the snow covered earth beneath the hurtling little airplane, but I knew that I had to get the hell out of Dodge right away! The Matanuska Glacier now lay just beyond the 7,000 ft. mountain just off my right wing. Mountains of 7,000 feet poked up at less than a mile off my left wing. I was then pouring from Tahneta Pass, only about one mile wide. It was clearly time to clear out!

When this is your “out,” you know you’re short on options.

In those days, and even though we were taught full stalls and spins, we had never even heard of the 180-degree turn that would get VFR pilots out of such a fix. Given that, I simply yanked the stick to the right and into a 60-degree bank. In about five seconds, I caught a glimpse of those scrubby black Sitka spruce from the right side of the windshield. They looked to be no more than ten feet below me, and I was clearly in a dive.

I realized that I was still holding a hard right rudder, which was now forcing the nose down. I was only seconds from impact. I immediately gave it hard left rudder and yanked back on the stick, which barely saved my bacon. I limped back to the Sheep Mountain strip with my tail between my legs and shivering like a sled dog passing peach pits.

After another pie-and-coffee wait, the weather had finally cleared enough that I could now make my nervous way to Mendeltna, where I soon spotted my ground-bound friends. We eventually all loaded up on the delicious snowshoe rabbits, and I fired up the little Champ for the smooth and uneventful flight back to Merrill Field in Anchorage.

I had learned a valuable lesson that day: poor planning, poor choices, and poor airmanship have no place in a pilot’s flight bag. I’ve religiously avoided all three over the next 22,000 flying hours.

Fighting the war on drugs in the Air Force

Friday Photo: sunrise over a Cirrus wing
Scroll to top