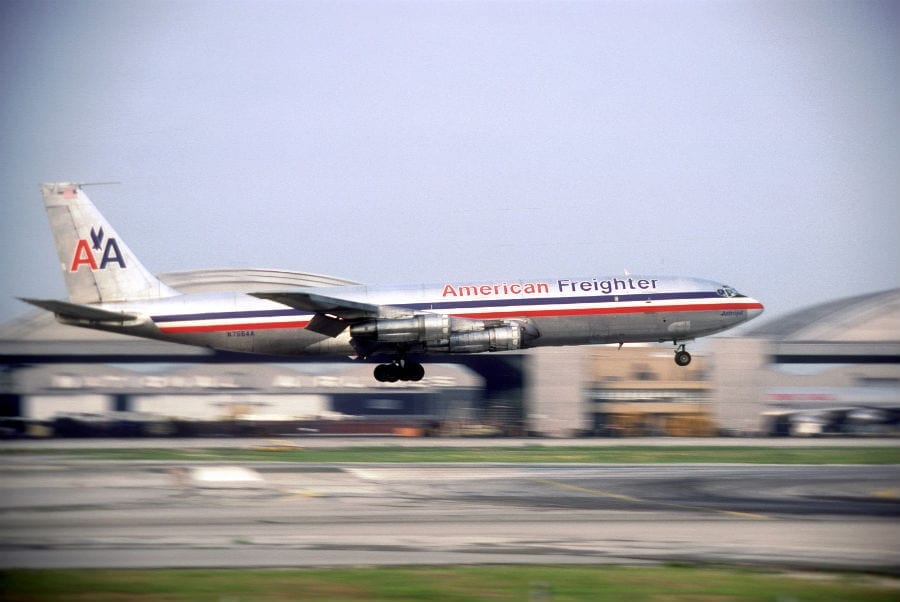 In the early years of an airline career, it is usually impossible to arrange a December schedule that involves spending Christmas day at home. Seniority rules all in the airline business, and the newly hired are at the bottom of the pecking order for a wide variety of benefits, such as seat and equipment flown, division (international or domestic) and of course, the monthly schedule. In fact, much of a pilot’s time is spent on reserve, not only in the beginning, but any time he or she is junior in a bid status. So most airline pilots have spent a good many holidays on the road over the years. This is one of the very few drawbacks of an airline career.

When I was a new-hire at American, back in 1977, I occupied a position very close to the bottom of the seniority list. Having Christmas off was of no real importance to me, since I was single, unattached, and living in Manhattan, where there is surprisingly little to do on December 25th. So instead I conceived of a plan to surprise my folks with an unannounced Christmas visit, using my newfound jumpseat privileges to get to Chicago, where they conveniently lived just west of O’Hare. All I had to do was to arrange my December schedule appropriately. Therein, of course, lay the challenge.

The bid sheet – a confusing matrix of information that occasionally revealed secrets.

In those days, our schedules were bid from among the offerings proffered in a monthly bid sheet. This was a crude, booklet-like affair that the company published early each month, containing all of the bid lines (individual monthly schedules) for the following month. The bid sheet for December thus arrived in our company mailboxes at the airport early in November. These bid sheets were not unlike the Sears Christmas Wish Book that so enlivened my youth in the 1950s, in the sense that they contained many wonders; and, a bit like Christmas, you never knew just what you were going to get (unless you were number one in seniority at the base, which was not the case for me until the last few months of my career, decades later!).

A bid line (a monthly schedule) was composed of a number of one, two, or three day “sequences;” that is, flight pairings that began and ended at the home base airport (or in the case of New York, airports – JFK, LGA and EWR were all the “New York” base). Sometimes a bid line simply consisted of the same sequence flown weekly, perhaps even on the same day each week. These were the stuff of dreams for a junior pilot. More often the selections that went junior were a mish-mash of different sequences thrown together in what looked like a last ditch attempt on the part of scheduling to get rid of the oddball flying that did not fit together in a more orderly pattern.

After the bid lines came the true dregs – the reserve selections. These schedules consisted of nothing but a pattern of days off; the reality being that on any day other than one of those “off days” a pilot would be at the beck and call of crew schedule, the better to man any extra flying that cropped up, or to replace an ailing crewmember who had called in sick. But there were always one or two reserve lines that featured days off on December 24-25, so all was not lost.

The way that the bid sheets were printed at American in those days created a tiny window of opportunity for the lowlier pilot – there was notation on each and every day of a schedule that involved flying, regardless of when during the day the flying occurred. Therefore, a sequence that involved flying that began at 22:00 on Christmas night looked just like one that began at 06:00, or for that matter one that ended at 06:00. Most of the more senior pilots just drew a line through all of the schedules at December 25th; and, taking a quick look for selections that had some annotation across that line, simply rejected any bid of that sort. It took a much more careful inspection of each sequence to determine if the actual bulk of Christmas was, in fact, free and clear. I made it my business to conduct such a due diligence.

In addition to careful inspection, I had another ace up my bidding sleeve — I was qualified as a flight engineer not only on the Boeing 727 but the 707 as well, the result of a marked lack of interest in the 707 on the part of the more senior engineers at the base. So I had for my perusal not just one airplane worth of schedules but two, and my playing field was thus far larger. Sure enough, within the 707 schedules there lurked a bid line that was ripe for plucking – a freighter schedule that had a sequence that arrived back at JFK at 06:00 on Christmas morning. That would allow plenty of time to non-rev to ORD. And lo and behold, no one senior to me (which was almost everyone!) noticed that one, or at least troubled themselves to bid it. And so it became mine, my first Christmas gift from American Airlines.

Flying over Christmas (and also Thanksgiving) can actually be a lot of fun. Uniform standards, normally applied with painstaking rigor, were and still are relaxed a bit, and holiday ties, hats and other decorative raiment appeared on the line, to say nothing of decorations in the airplanes themselves, usually put there by the more imaginative flight attendants. Passengers were often in a better mood, and children more abundant than at other times, since American was largely a road-warrior airline back then.

Of course the passenger mood was directly related to the presence or lack of delays and cancellations, but unless a major weather event was in progress things usually ran smoothly. The excitement of imminent family reunions was contagious, especially to those of us who had no families to go home to, and throughout the early part of my career, before I had a family of my own, I looked forward to flying during the holidays.

No passengers to cheer up when you’re flying one of these.

This Christmas, though, my trip was a freighter – specifically a Boeing 707 that had been converted a decade or so earlier into a cargo configuration. My sequence was a simple one: fly from JFK to SYR late Christmas Eve, enjoy a short layover (what would be known today in the regional industry as a stand-up-overnight except that we got hotel rooms) and return early in the morning to JFK. There were no passengers to entertain with decorations or holiday themed PA announcements, but that did not stop me from wearing a Santa Claus tie! And bringing a carton of egg nog (non-alcoholic, of course) for the crew.

The flight engineer on a freighter was also the flight attendant, in charge of making the coffee and preparing and serving the crew meals in the tiny galley provided just aft of the cockpit door, which was usually kept open in those days since there was no one aboard but we three. This trip was too short for meals, but I did make sure the coffee was brewing before I stepped outside to do my walk around inspection. By the time I returned the savory scent of java intertwined with jet fuel vapors had suffused the flight deck.

All went according to plan to and from Syracuse, although the walk around on Christmas morning put me in mind of the North Pole, so cold and windswept was the ramp. We made it back to JFK on time, and a short but expensive cab ride (or so I thought at the moment) brought me over to LGA, from whence all of the ORD flights originated. The Christmas day schedule was somewhat truncated, but there were still plenty of flights to choose from, and I soon found myself ensconced on the jump seat of a 727 headed for the Windy City. A mere two hours later I was standing at curbside at O’Hare looking for a taxi, since I had not troubled to inform the family about my impending visit, the better to surprise them.

Now I had, over the course of the few years they lived there, become vaguely familiar with the route from ORD to my folks’ house in Elk Grove Village. Or so I thought. It turned out that the cab driver was completely unfamiliar with the route, or perhaps was looking to augment his income by taking me on an unguided tour of the northwest suburbs of Chicagoland. Whatever the reason, he relied on my instructions, which were far enough off the mark that over the course of the next hour we meandered all over the area west of O’Hare. This was a meter cab, and the numbers flicked inexorably higher and higher as we went, following my increasingly erroneous suggestions. Today, of course, a cell phone would have made things simple, and Siri could have kept us from getting lost, but alas Siri was only a figment of Steve Jobs’s imagination in those years. And of course pilots, even more so than mere men, are congenitally incapable of asking a third party for directions.

After stooging around for over an hour we finally stumbled across a street I was familiar with, and were able to make our way to our destination. By the time we arrived the meter read over $50, which was an enormous amount of money in those days (over $200 in today’s dollars), and it was pure luck that I happened to have that much in cash upon my person, since I usually carried only around $20. But the sheer surprise on my parents’ faces made the expenditure worth all the money in the world! It was the most expensive yet probably the best present I ever gave them. Over the years I often contrived to make visits home at Christmas, sometimes unannounced. In time the folks learned to expect the unexpected, and so it was that on no other occasion was I able to surprise them so completely as I did this first Christmas of my airline career. Call it another fringe benefit!

Airlift to appreciation: spreading a little Christmas cheer in Vietnam

Silent night at the air base
Scroll to top