Blog - Latest News
You are here: Home1 / Article Archive2 / I was there3 / A white knuckle flight – even for an Alaska bush pilot 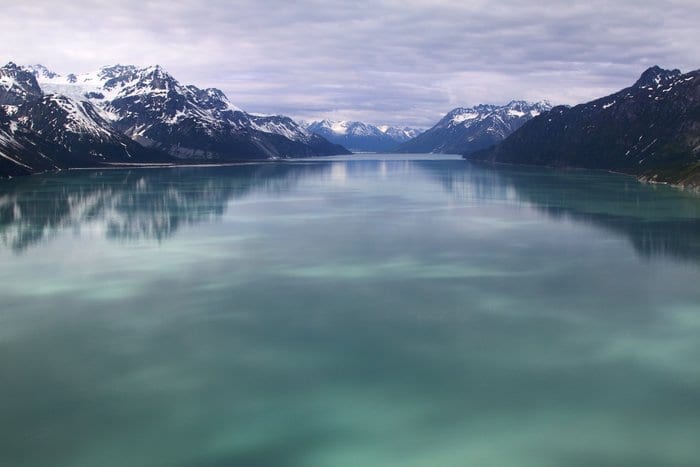 After having flown the Alaska bush country for more than 35 years, and racking up more than 18,000 hours of such foolishness, the mountains and almost consistently terrible weather had inured me to most flights that stateside pilots would find truly white knuckle experiences. Of my many, many bush flights over the years, this one was perhaps the most sobering.

I had made a freight flight to Aniak, Alaska, beyond the west side of the Alaska Range, in the normal course of events. It had been a most pleasant flight, as most are.

In my Cessna 206 Stationair floatplane, I had then departed Aniak, headed for my home base at Anchorage’s Lake Hood, the world’s largest seaplane base. My course would take me through Merrill Pass again, a pass that I had flown through probably one hundred times in the past. I rather liked that pass, though many would not fly through it even in weather that was severe clear. Today, however, there was a solid overcast, though it was comfortably high.

I knew I would confront an east wind, and if the clouds were lower on the east approaches there was a good chance that the pass wouldn’t be a cake walk. In fact, it might well be closed, meaning either a return flight to Aniak or a night spent in a Siwash camp at one of many remote lakes somewhere along the way. In any event, I did have some options. The Stationair was virtually empty, though I had topped the 92-gallon long range tanks while at Aniak. I still had a strong three hours of fuel aboard as I approached the western entrance to the pass, which would mean a 90 degree right turn just past the Twin Lakes. This entrance was difficult to find, if the pilot wasn’t used to seeing it for what it was, but it was quite familiar to me.

The floor of the narrow and rocky pass was at about 2,400 feet MSL, though the peaks surrounding that little slot were from 6,000 to 11,000 feet high, and included Mt. Spurr, an active volcano on the north side of the pass. At the south side was both Mt. Redoubt and Mt. Iliamna, both active volcanoes, but not expected to be factors in this flight.

The winds were consistent and steadily out of the east. As I made the turn into the pass itself, I could see the cloud deck was down to the lower peaks on either side of the saddle of the pass, but I could see that there was sufficient room to sneak through below it. The sides of the pass itself are much too steep to support vegetation, and the floor is lined with rocks, many of which seemed about the size of a modest home.

Committed now, and still comfortable with the conditions around me, I began the climb to 2,400 feet MSL for the crossing, only minutes ahead.

The eastern route, after having crossed the rocky saddle, presents an immediate 90 degree right turn, then an almost immediate 90 degree left, followed quickly by a left 45 degree turn that would place me at the west end of long and narrow Chakachamna Lake, a very safe but quite lonely place for a precautionary landing, if I felt that was necessary. I could also contact Anchorage Approach with a message telling of my plan to RON at that lake.

As I made the last turn, I could see that the cloud deck had been pushed tightly up against the Alaska Range, and had begun to stack up badly. Still, I was confident that I could clear the east end of the lake, and then descend to a comfortable altitude well below the clouds. As I got closer to the east end of the lake, however, my pucker meter began its upward climb from a comfortable one to an uncomfortable eight or so.

Skimming the lake at 140 mph in a Stationair is not a good feeling.

The east end of the lake narrowed down to a real bottleneck, being no more than about 50 yards across at the low altitude necessary to allow me to sneak through. The floor of that narrow slot was littered with the skeletons of several airplanes that hadn’t quite made it in the past. Not an encouraging sight! This routine flight had become a truly white knuckle experience.

When I slipped through that steep, solid rock slot, the weather had pushed the cloud deck even lower. I was now flying at no more than six feet above the unfriendly earth, traveling at almost 140 mph, and was leaning forward hoping to see something just a bit better. I was too busy now to contact Approach Control. Still, as both the airplane and I were instrument rated and qualified, I had the option of filing a pop-up IFR flight plan.

That wouldn’t be necessary, as the eastern slopes of the Alaska Range dropped away rather dramatically, finally giving it up over the flatlands between the mountains and Cook Inlet, the cold, silty, and definitely unfriendly, water with its 39-foot tide changes. Recognizing that this tide arrives several times each year in a wall of water six feet high and traveling at 15 knots, I can say that it’s not a pleasant place for casual canoeing.

Did I learn anything from this flight? Well, nothing I didn’t already know. Did it change my future plans for trips through narrow, rocky, and sometimes downright unfriendly Merrill Pass? I surely did!