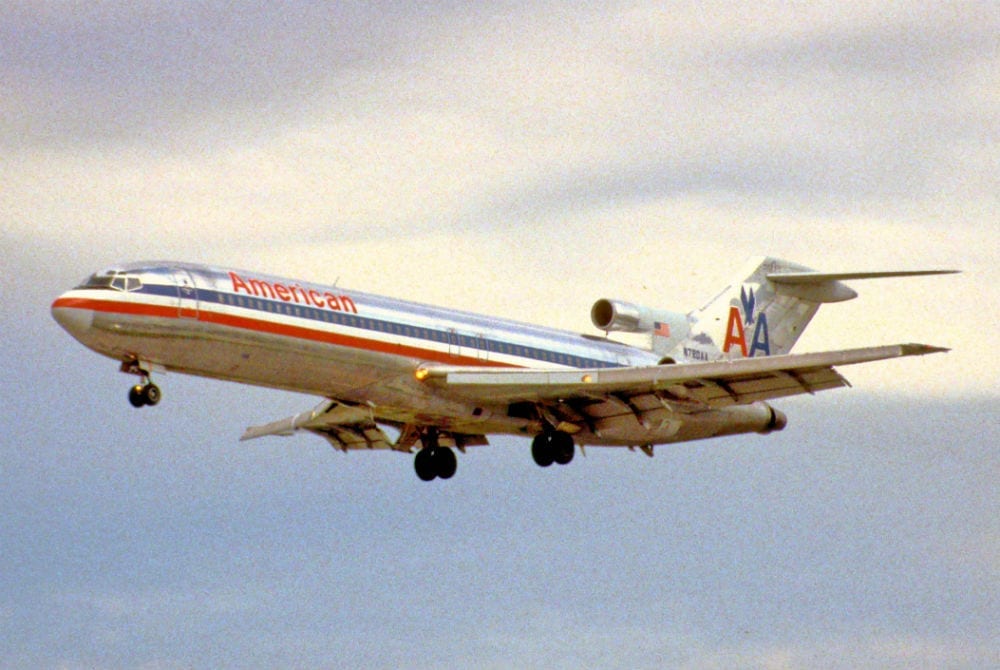 These days, when I call for the landing gear to be raised, it will usually remain in the wells for a considerable time. But it was not always so. For a great deal of my career the landing gear got much more of a workout, being called upon to bear not only the weight of the airplane but also the additional burden of some of my landings on a much more frequent basis!

In the early days of my airline career, I often flew as a flight engineer or FO on flights as short as JFK-SYR, or LGA-ROC. These, of course, might be long-haul flights to the average commuter airline pilot, but for me, with my background of four-engine transoceanic and transcontinental jet flights in the Air Force, they were hardly worth the appellation of “puddle jumps!” My airline was mostly a transcontinental line when I hired on in 1977, but there was still a considerable residue of the original 1930s airmail routes lying about in various corners of the country, especially the northeast. Deregulation did little to change this, although it substituted the hub-and-spoke short hauls for the straight ahead short hauls of the previous era. As recently as 1987, I still flew flights as short as PVD-EWR – a flight that, even allowing for the delays around the New York Metro area, was only around 30 minutes in duration.

The flight engineer on a 727 was a busy person.

In the 727, the flight engineer was the busiest person on the flight deck during one of these short flights. The F/E was not only the janitor of the sky, but also the clerk; handling, as he or she did, the logbook, company reports, performance calculations, and checklists, all in addition to keeping the cabin comfortable and the engines running. And a 707 engineer was even busier, if for no other reason than he had four chargers instead of three to concern himself with. And, by 1977, the 707 flew many of these short trips too, at least out of JFK.

As I look back over my old logbooks, I can see that the shortest flights I experienced were the ferry flights from LGA to JFK and, occasionally, EWR. These flights, which at one time were weekly affairs, were necessitated by the “change of gauge” of certain Caribbean flights on the weekends. “Change of gauge” is an old railroad term that refers to a change from narrow gauge to standard gauge or vice versa. (Gauge relates to the distance between the rails – standard gauge is a bit under 5 feet, narrow gauge usually around 3 feet.)

In the airline sense, change of gauge was usually the substitution of a narrow body for a wide body or the opposite. Certain Caribbean flights in that era ran heavy loads during the week, but far lighter over the weekends; and so it was that the over-water equipped 727s would be utilized on Saturday and Sunday. These 727s had been plying a strictly domestic trade during the week, and ended up at LGA on Friday evening after a long day of shuttling businessmen between New York and Chicago. After they were unloaded, they would be flown over to JFK for cleaning and preparation for Saturday morning’s flight to the tropics.

A flight from LGA to JFK was normally nowhere near as short as you might think. Although the direct distance between the two airports is less than 10 miles, the flight itself often involved a tour of Long Island nearly out to Montauk to fit into the arrival pattern at JFK. It was not uncommon for the off-to-on time of this ferry flight to exceed 30 minutes.

So close, and yet so far away.

To give you an idea, let’s imagine that the wind is out of the northwest, as it often is. Taking off on runway 31 at LGA, you would be vectored to the north and east, possibly out beyond Deer Park and Islip on the way to the final approach to 31R, the JFK landing runway in those wind conditions. Conditions favoring the 13s might result in an even longer flight, since the LGA departure from 13, after overflying Shea stadium, turns away from JFK and you might end up flying down over Jones Beach and out to Sandy Hook to join the Canarsie approach.

One night, though, as I signed in at operations at LGA for one of these ferry flights, I had a premonition that things might go faster. The winds were quite strong out of the south, 30 or so knots with higher gusts. As I was holding onto my hat during the walk around, I began to wonder if we might possibly be taking off on runway 22 tonight. The winds certainly favored such a takeoff, and I also knew, even at that early stage in my career, that JFK often used the 13s in these conditions.

Runway 22 was rarely used for takeoffs at LGA for several reasons. First of all, it is the only departure path that lies entirely over land, taking you smack over Jackson Heights. This means noise problems galore. Performance-wise it is also a problem, since there are a number of tall structures along the flight path. In the late 1970s, the era in question, special permission from a chief pilot was required to use this runway for takeoff.

Since I was the FE on this flight, I was not privy to the conversation wherein a chief pilot pronounced “nihil obstat” for this flight (Latin for “nothing objectionable – an old Catholic term), but when I overheard LGA clearance delivery assigning us a departure from runway 22, the alarm bell went off! I dialed in the JFK ATIS on the second radio and confirmed my suspicions – JFK was landing on the 13s. There might just possibly be a chance that we would merely do a whifferdil directly from 22 to 13L. This might well be a very short flight!

These ferry flights were all conducted late in the evening, and so we had the airport pretty much to ourselves, sharing it only with a few late arrivals. When we got to the end of runway 22, we were told that we would be handled “tower-to-tower” with JFK, just as I suspected we might. This would mean no contact with departure or approach control and a direct flight over to Kennedy.

Cleared for takeoff, we charged down runway 22. Empty as we were, we were airborne just beyond the control tower, and were thus spared the sight of the Grand Central Parkway rushing toward us. I recall having time for one quick glance at the spectacle of Manhattan off to the right on this windy but clear night, then it was back inside for a scan of the F/E panel. The Captain had, of course, retracted the gear immediately after takeoff, and by now had the flaps retracted to 5 degrees, where they would stay for the few seconds until it was time to lower them once again.

We leveled off around 1500 feet and immediately started a left turn toward 13L at JFK, now visible a few miles away. Less than a minute later, it was time to lower the gear. The wheels had probably not stopped spinning! Flaps to 30 degrees just prior to 1000 feet on the glideslope, and we were in the “slot” at 500 feet, right as advertised. True to form, with a south wind of any consequence, the last 200 feet were rough, due to the turbulence downwind of several cargo buildings off to the right. Touchdown and landing were otherwise uneventful. The flight took little longer than it took you to read this paragraph.

A fairly large airplane for a 9 mile flight.

In my logbook, this flight shows 22 minutes. But this is the block time, from brake release to brakes parked. What of the actual off-to-on time? We recorded those times in the aircraft logbook, of course, but that information is long lost. However, it is possible to fly this flight in real time in Microsoft Flight Simulator, using a good 727 simulation, such as the ones from Flight One or Captain Sim. Flown this way, the off-to-on time is just under 4 minutes, and it could be 3 minutes if you went a bit faster – say around 230 knots for a few seconds or so.

All things considered, I would imagine that it took around four minutes on that long gone night. That is certainly the shortest flight I ever had in a jet airplane, and probably the shortest flight I ever had in any airplane! They say that if flying is such fun, why are we in such a hurry to get it over with? At least that is how I justify the blistering lack of speed of my Thorp T-211. On the other hand, time is money in the airline business – at current fuel prices if they needed an airplane moved from LGA to JFK today they would probably put it on a flatbed and truck it over!

You can fly this yourself, of course, in Flight Simulator. If you don’t have a 727, the default 737 has about the same performance and should yield more or less the same results. No flight plan required, nor any navaids for that matter! Just hang a left at around 1000 feet and you will be lined up for 13L at Kennedy. Try it by day at first, but don’t miss the challenge of the night version. Let me know if you can break the three-minute mark – with a successful landing of course!

Friday Photo: storm over the Everglades