Blog - Latest News
You are here: Home1 / Article Archive2 / I was there3 / Head games: getting IFR current with a big trip 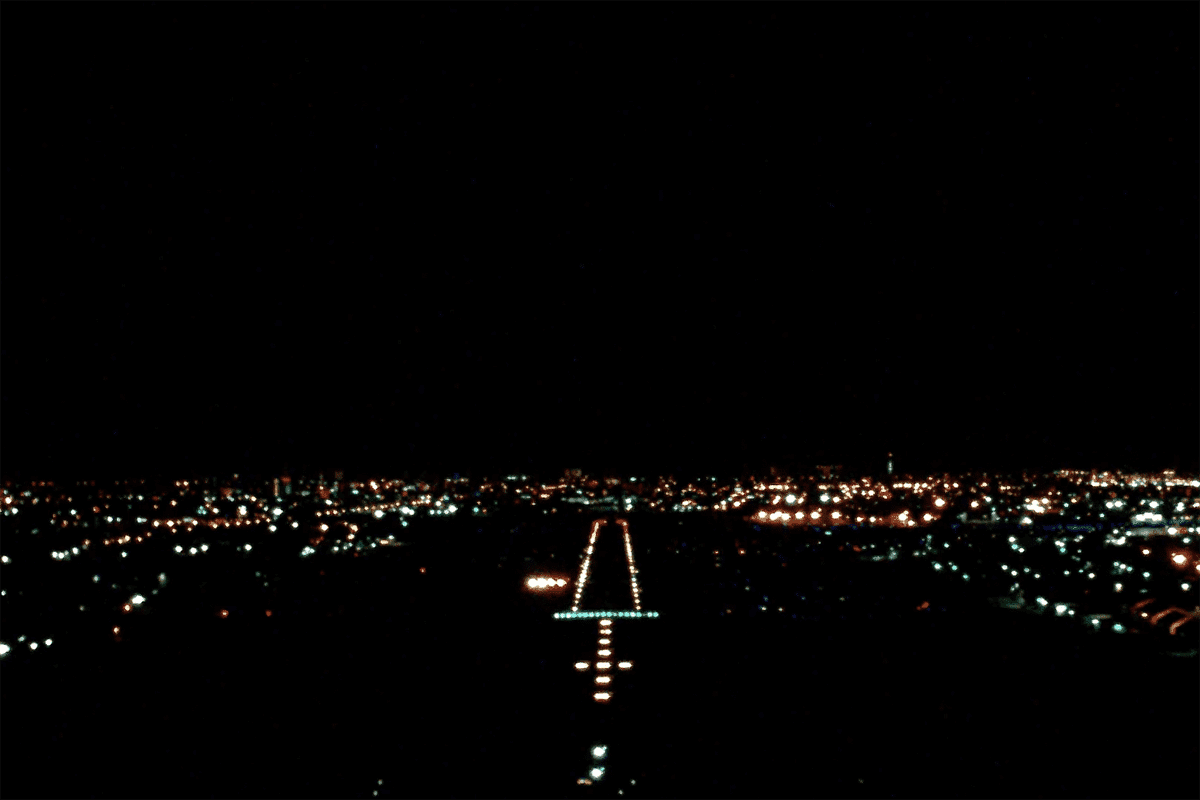 There’s such an incredible rush after you have spent an hour or two orchestrating the complex system of charts, levers, gauges, and needles and then you watch the white mist in your windshield dissolve into an orderly formation of lights and asphalt. An instrument rating turns that love we feel for being airborne into a love of being able to really “use” an airplane.

I remember working hard to get my instrument rating and how much I felt it had changed what I believed flying was about. However, as often happens, life’s other pursuits kept me grounded, except for the occasional VFR sightseeing trip, for more than a decade and my instrument skills were practically non-existent. I was fortunate to find a very good, and very patient, instructor who knew how to diligently step me back into flying using only “steam gauges” and paper charts. After many hours under the hood and behind a book, I was ready to get my head back in the clouds.

After passing my Instrument Proficiency Check and a couple of months of practicing, I was confident enough to put my rating to use. My two daughters were spending some time with their grandparents who lived more than six hours away by car. In the trusty Cessna T210 I’d been flying, the travel time was cut by more than half. After my wife and I had an uneventful trip and a nice weekend with the in-laws, we were ready to head back home. I was excited to see some IMC between me and home but not happy with how late we had waited to leave nor about the strong headwind along the route. I loaded up my two- and seven-year old daughters, our two small dogs, and my wife then drove the Cessna westward into a setting sun.

At 4000 feet, the headwinds were as light as they were going to get and I set the airplane up for cruise. I checked to see the children and dogs happily resting in the back, and began to answer my wife’s question about the rest of the flight home. I showed her the white airplane icon on top of the pink line the GPS drew for us so we knew we were right where we were supposed to be.

After a few more minutes of discussing the round dials and radios, she began to ask about the clouds in front of us. I did my best to be nonchalant about the approaching wall of smooth, white clouds, but in the back of my mind was the thought that this was the first time in over 10 years that I would be in actual “hard” IFR. I could feel that my smile lacked some sincerity when I joked about the weather and asked her to hold my carefully tabbed and highlighted charts and plates.

As we slipped into the solid, thick stratus clouds I lost all sensation of motion, and I could feel my heart beating a little faster. I remember thinking, “It would be nice to have an autopilot right about now.” As I regained a little confidence, I noticed my wife was keeping a close eye on the GPS airplane and pink course line. As I began to relax, I looked over at her to gauge her level of discomfort. She just looked back at me with a trusting smile. As I turned my attention back to my scan, I felt something I hadn’t felt in my months of retraining… I had “the leans.”

I could feel the airplane turning left and it took a great deal of concentration to assure myself that none of my instruments suggested we were turning. I could feel the sweat on my hands start to make the yoke sticky as I focused on not looking concerned. I took a deep breath and waited for the vertigo to subside. A few minutes later our conversation turned to the events of the weekend. My confidence had returned… I told myself I had this…

After a full 30 minutes of IMC, I was handed off to a new controller who began calling out traffic. I reported back that I was IMC (for some reason I felt he should have known that) and the momentary look of confusion on my face was enough to cause my wife to begin asking questions about what had just happened. I turned and smiled as I split my attention between assuring her and keeping the wings level.

Then it happened again. But this time I was ready for the mismatch between what I felt and what my instruments were telling me. The vertigo disappeared much faster this time and I continued to smile and try to look unconcerned.

Please let there be lights at the bottom of this approach…

Night had fallen at some point prior to the second hour of IMC and the headwinds had picked up just as our controller began giving us vectors to the ILS. As the controller vectored me off the airway my astute wife noted that the airplane icon was no longer on the pink course line. At this point I was slowing down, descending, turning and setting up radios for the approach. I hadn’t yet answered her questions and I could sense she was getting a little concerned. When we were leveled off, I quickly explained why we had left our GPS course while being careful not to turn my head.

My kids and dogs seemed to not have a care in the world while my wife sat confidently in the little dark airplane, very alert but without appearing worried, as I explained how the two needles on the ILS helped us find our way to the runway. She was impressed that both sets of needles were perfectly crossed. I smiled and pretended I was “just that good” while checking the GPS/NAV toggle to make sure I hadn’t left it in the wrong position and ensuring the radios were set correctly. I was “confident”… but not delusional.

My gear was down, flaps set, airspeed perfect, needles crossed, and I was about to need more room in the plane for my big head as I waited for the clouds to part and the beautiful runway lighting to welcome us home. At 700 feet the ragged overcast whipped past the windows and I looked up from the instruments for the first time in hours to find… complete darkness.

My moment of confusion was slowly interrupted by the stark awareness that I had forgotten how to breathe. My first thought was that I would have to have a good explanation as to why I was going around. That was quickly followed by a second of sadness caused by the fact that I would likely never get my family in an airplane again.

At 600 feet I grabbed the throttle and just as I moved it forward I caught a glimpse of approach lights out my left window. I had concentrated so much on the needles that I didn’t realize I was in a significant crab to compensate for a very stout crosswind. Needles still crossed, I pulled the power back and I pointed to the runway like I had known where it was the whole time. I explained to my wife why we were going to touch down with a low wing on her side and, despite the crosswind, the landing was unremarkable. We taxied back and unloaded the team into our car. After refueling and some obligatory paperwork, we were on our way home.

While the flight turned out well, I wish I had spent more time in actual IMC prior to throwing young, tired kids into a plane for several hours and flying into the clouds. Splitting my attention between the tough flight and my concerns about my family increased my stress level significantly. The vertigo had taken me by surprise, but the recent training I had gotten had prepared me to trust my instruments. Our late start and need to be home the next morning were also not the best combination for a re-entry into IMC after being gone for so long. Most significantly, despite constantly reminding myself to not fixate, I had lost situational awareness during the approach by concentrating too much on the needles.

Now, years later, I still get the same sense of accomplishment as I finish an approach, but the last few minutes of this flight are always in the back of my mind as a reminder that things always looks right… until they don’t…

Stephen Hunter
Stephen Hunter is a Commercial/Instrument/AGI pilot with a BS in Aerospace Technology from Middle Tennessee State University and an MS in Aerospace Science from Embry-Riddle Aeronautical University. He is privileged to be currently serving as a Lt Col in the United States Air Force assigned to US Central Command. He is also the proud father of two young ladies and blessed to be the husband of Julie Hunter, LL.M. Stephen is an active Civil Air Patrol pilot.

Friday Photo: Monday over the rainbow