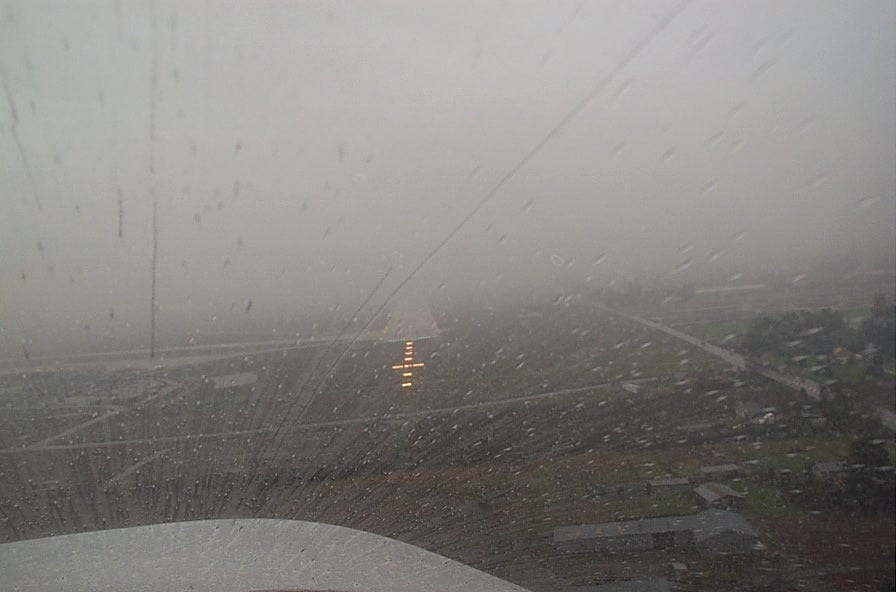 I consider myself to be a timid pilot. While not a newbie, at just over 500 hours total time, I certainly don’t consider myself to be “seasoned” either, because much of that time was spent getting every rating under the sun under the watchful eye of my trusted instructor. A little better than a year and a half ago, after my 14th year of flying, I bought my first airplane. It wasn’t that I thought I was going to fly any more for owning one but, having exercised the local rental fleet, I decided that, because I am timid, I wanted to know what airplane I’m in, every time I’m in it. I wanted reliable prior history, so that I could be confidently safe when I flew my family to the beach.

I found that exact airplane in November 2014: a 1979 Cessna 182RG. I had had dozens of hours in the same year make and model that was owned by a close family friend. She was in beautiful shape, comfortable, quick, efficient, and, while I didn’t know the prior owner, I did know his instructors. They were mine as well, so I learned through them that he was just the pilot I wanted to be. SOLD! My flying life would never be the same again.

A Cessna 182RG is a solid airplane, but a little timidity can still pay off.

Recently prior to a flight, I found myself performing my preflight next to a notorious “doctor killer” or so I thought. So as I circled my airplane in a counter-clockwise direction, I pondered that term; after all, I thought doctors must be pretty intelligent if they can get through medical school. Truthfully, we all must have some root intellectual high water mark to get a pilot’s license to begin with, right? It was an expensive airplane so only doctors could afford it? But I’ve read that article by Richard Collins that proved it was no more a “killer” than anything any of the rest of us common folk fly. And then it struck me.

This was 1979 speak, but if I’d been texting this to you in 2016, you’d scold me for yelling at you. None of these things take any advanced intelligence to determine. Sure, they are capitalized for emphasis I guess, to MAKE you look, but in the end, the baggage door is either open or closed; the tail rope is either tied or not. A preflight is pretty binary by nature. You’ve either got eight quarts of oil or not. It’s pretty simple. So, that’s not what’s killing pilots.

What’s killing us is poor judgment.

Obviously a whole bunch of intelligent pilots have died as a result of poor judgment. There are probably a ton of geniuses in prison who just exercised poor judgment. Aeronautical Decision Making (ADM) is supposed to be the catch-all phrase that presents the roadmap to prevent poor judgment. But is it really working?

I continued my preflight as the other pilot smiled and waved, then taxied out and departed Runway 32 and turned to the southeast. Had I been going to the beach that day, I would have done the same thing, but I sat at the yoke with the doors open on a hot and perfectly blue day, and decided not to go. Why? Because I was timid.

The current weather at Richmond International Airport (RIC) was clear below 12,000, but my iPad showed that the METARs at Dare County Regional Airport (MQI), while still VFR and overcast at 6000, were showing a consistently lowering overcast over the last four reports: 10,000, 8000, 7000, 6000. Would it be VFR by the time I got there? Maybe… maybe not. Sure I’m instrument current, but is that good enough? Maybe… maybe not. It’s legal, but legal isn’t always smart. So, with full tanks I taxied back to the hangar and, after some light ribbing from my flip-flop-wearing buddy who questioned my judgment on such a perfect day, we heaved her back into the hangar and went to Hardee’s up the street.

About an hour later, we came back to the airport to get our stuff out of the plane and head home. As the security gate closed behind us and I drove toward my hangar, I was surprised to find that same airplane that had left ahead of us coming up the hangar row next to ours. He shut down, climbed out, shook his head at us, and walked back into his hangar to open the door. Overcome with curiosity I had to ask, so I drove down to him, hopped out, and offered to help push his airplane back.

“Where were you headed?” I asked.

“But we bailed out,” my partner offered.

“Good thing,” he replied. “There’s a wall of clouds just southeast of Richmond, all the way to the ground, so I turned around. At least you saved the gas.”

I winked at my buddy.

You’re legal to fly instrument approaches, but are you comfortable?

Part of being timid for me has always been that it has never been hard to talk myself out of a flight, and exceptionally hard to talk myself into one. Because I don’t fly that much, those parameters are pretty firm. At this point, I’m not afraid of a little IMC between a VFR departure and VFR arrival. I always file an instrument flight plan regardless of the weather on the off chance that this would happen.

As we’ve moved more into summer and my flight hours pick up, I’ll fly in good-to-marginal weather if, and only if, I’m flying from what might be considered marginal into weather that’s good at the other end. The last level for me is to fly IMC the whole route and shoot a decent approach at the other end, but I honestly have never amassed enough consistent flying hours to make that happen, at least not in my own personal judgment. My own personal minimums tell me that if, during the course of a year, I’m flying so little that I am not legal to carry VFR passengers by day, the whole clock starts over. I’m going for a voluntary Flight Review and IPC. Night flying is another story, simply because it’s so difficult to maintain night currency with my life as a single dad.

Since that day it’s done nothing but rain here in Virginia. I’m still current, but not particularly comfortable, so I read the AIM, watch YouTube videos on how to land an airplane, re-read my POH, whatever it takes to keep my head in the game until I can pull her out of the hangar again. I see it as a way to keep polishing my gem of good judgment.

You may be wondering why I’m such a timid pilot after all. Well, the answer to that is hidden on my hard drive someplace. It’s a letter to Richard Collins I never sent, but my life in aviation, unlike probably anyone else’s, began on June 23, 2000, as the result of poor judgment; not mine, but I was a close-up witness to someone else’s. And while my buddy had to change out of his flip flops that morning, I’d quietly submit that he’s unknowingly happier for it. While yes, I’m intelligent enough to fly the plane, in the end, he benefitted from my better judgment. 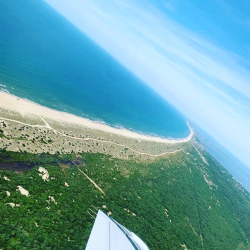 Charles Turner
Charles G. Turner, III, ASEL, AMEL, IA, Comm, AGI began his aviation life in 2001 and it quickly grew into an obsession that had him immediately into the air a minimum of 3 days a week. Exposed to a number of great instructors, he took meticulous notes on every aspect of his training and experiences, and wants to expose his readers to the golden nuggets of wisdom which have been handed to him over the years. When not reading or writing about the lessons learned in his adventures as a pilot, Charles continues his career as a published fiction writer. He resides in Northern Virginia.

Go or No Go: afternoon buildups
Scroll to top