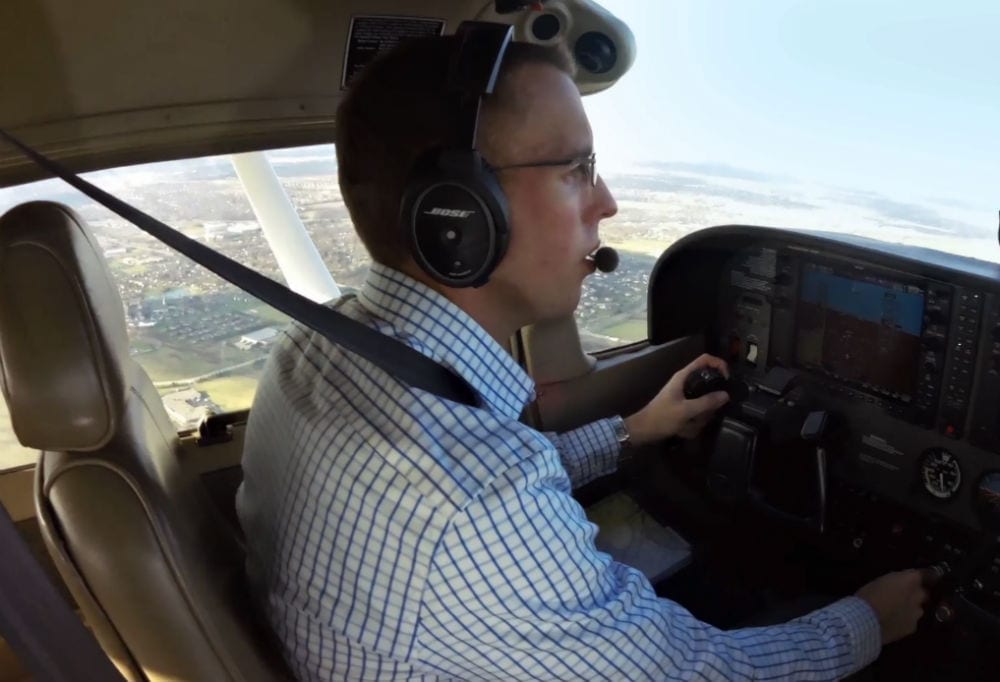 Radio communication is always one of the hardest things to learn for many pilots. It actually seems to make flying harder sometimes: you’re already busy flying the airplane when ATC gives you a call so fast all you catch is your tail number. Other pilots in CTAF areas can make it even worse. Let me give you the top five things I’ve learned to say over the years that have made flying easier and safer.

Don’t be afraid to ask questions if you don’t understand what you just heard – the pros aren’t.

2. “Big Bear traffic: Blue and White Cessna 42X is on a 45 entry for left downwind 26, Big Bear.” Always add your color and type of aircraft to radio calls in non-towered areas and airports. Making radio calls with just a tail number is useless. If I’m close enough to read your tail number, I probably don’t need to hear your call! When you tell people what to look for, “red Piper” for example, you make it much easier to see you. It makes the whole are safer.

4. “Negative contact.” is critical to your safety. I won’t fly without flight following because they can see traffic five miles away and behind me. They try to call out as much traffic as they can, workload permitting. It is very important that if they call out traffic and you don’t see it within 30-60 seconds that you tell them, “Negative contact.” If you don’t tell them, they may assume that you will see and avoid. If you tell them you don’t see them, they can help you with vectors, a change in altitude, or just a better idea of where to look.

5. “Mayday, mayday, mayday.” This is the phrase that needs to be said much more often. After reading hundreds of NTSB reports, I have found one universal truth. People who died in aircraft accidents either did not declare an emergency or did so way too late to get help. People who declare an emergency, before it becomes one, are much more likely to have a safe outcome.

I know this will generate some controversy, but in my opinion when things start to go wrong, I would like people to say “mayday” immediately and much more often. I’ve declared an emergency with an alternator failure, at night, and when the EGT temperature on one cylinder was so high it had to be wrong. I’ve declared an emergency so often on SoCal that they respond with, “Hi Gary, what’s up?” There will be a lot of people who say that you should wait, or troubleshoot, or not bother a busy ATC.

The NTSB records are full of hundreds of dead pilots who overflew multiple airports with “minor” problems before becoming part of horrible crashes. ATC is never too busy to help a plane land safely before the fire starts or before the engine quits. They would much rather stop for five minutes to help you than try to find an ELT signal later.

This article is a companion to Gary’s “5 things every IFR pilot should say.”