Blog - Latest News
You are here: Home1 / Article Archive2 / I was there3 / Dead reckon: Georgia to Ecuador in a crop duster 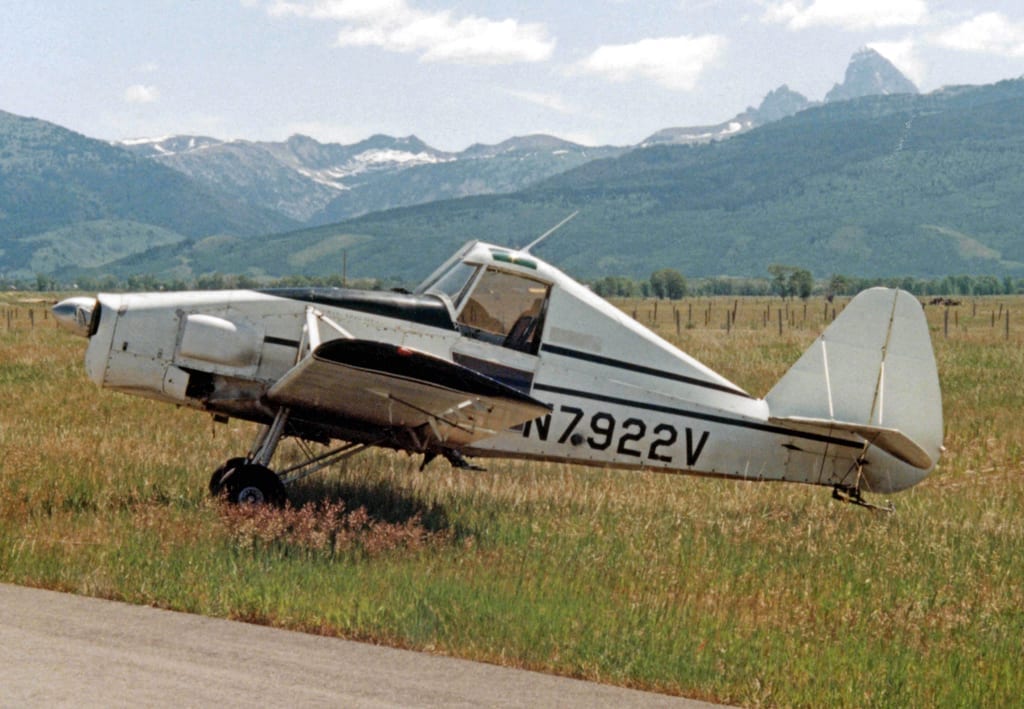 When a pilot thinks about some of the flights he flew during the early years of a piloting career, one can’t help thinking, “What was I thinking back then?”

The event I am referring to took place in February 1970, when I flew a new crop duster from the factory in Georgia to the buyer, a farmer in Ecuador. Once departing Florida, this flight was almost 3,000 miles, about 30 hours flying mostly over water and jungle, in an airplane equipped with only the basic instruments required for VFR flight: altimeter, airspeed, compass, and engine instruments. For me at the time, the reason to do this flight was two-fold: build flying time and make a few dollars while in college. Great motivators at the time.

Not the ideal cross-country airplane…

I departed Albany, Georgia with a new Quail Commander crop duster, sans nav/coms of any kind, and flew to Fort Lauderdale to rig up the hopper to transfer fuel to the main fuel tank. This required calling ahead to the FLL tower to advise them to expect a nordo aircraft in a few hours. This worked fine, as I had done this numerous times in the past with other no-radio aircraft: “Green light and you are cleared to land.” Of course, it is difficult to imagine doing that these days.

Then I departed FLL for Guayaquil, Ecuador, with planned stops in Kingston, Jamaica; Panama City, Panama; and on down to Guayaquil. The weather, however, was to alter these plans a bit, which was not unusual when flying a marginally-equipped aircraft.

Loaded up with a raft, vest, WAC charts, sandwiches and coffee, as well as a handheld Bayside comm radio (which was almost useless, with a range of only a few miles, and unreadable over the engine noise), off I went. This leg would be about eight hours, flying southeast along the Bahamas chain to the Windward Passage off the east end of Cuba, then turning toward Kingston, Jamaica. As the water colors changed from dark to light blue passing by various islands, I had to drop down low at times due to rain showers. A few sailboats and fishing boats were seen, and I rocked the wings at them, but never noticed any response. It occurred to me that these small boats were likely my only hope of survival should I have to ditch.

Arriving at the Windward Passage, being sure to stay clear of Cuban airspace, I made the turn toward Kingston, which was easy – head for the buildups over the island. I was aware of a military warning area on the chart about halfway between Guantanamo and Jamaica, but there were no restrictions, so I droned on at 8500 ft looking forward to dinner and the hotel and a cold Red Stripe.

Where did he come from?!

Suddenly, the aircraft was shaken violently and rolled off about 90 degrees, almost flipping over! I was looking right up the tailpipe of a US Navy F8U Crusader, only feet away. For some reason, this cowboy decided to have some fun and bounce me out there over the ocean. As I recovered from this surprise, he came again, this time from right to left, passing directly in front of me and once more flipping my aircraft almost inverted. Not much fun, I will say, so I dove down to the wave tops, not knowing what else to do, and pressed on to Kingston. Thankfully, I never saw that jet again, but I was steamed about it. Still am a bit, actually.

The next day, I departed on the 500-mile hop over water to Panama, about a five-hour flight. I filed a VFR flight plan, with weather calling for heavy rain in the afternoon. Holding the magnetic heading on the swing compass, and seeing no boats or ships for four hours, I was about an hour out of Panama when I saw ahead on the horizon a dark line that I thought (hoped) might be the coast. Maybe I was ahead of the flight plan, so there must be a tailwind?

But as I got closer, I saw that the dark line was a line of heavy rain. Dropping down to a few hundred feet, I plowed on through with zero forward visibility, and maintained level flight by looking out the side windows at the white caps below. This went on for awhile through a few more dark bands of rain, and finally the coast appeared. I was soon on the ground in Panama, though a bit damp from the heavy rain having entered the cockpit.

Day 3, I was off early for Ecuador. I flew along the coast as much as I could, for safety reasons, and this leg was going well until the clouds start lowering and forcing me to fly under 1,000 ft. This was interesting because I saw native huts, canoes, and small villages along the Pacific side of Colombia, and noticed natives in loin cloths and carrying spears, which I assumed were for spearing fish? Anyhow, I did think this might not be the best place to have a forced landing. So, with the weather starting to become an issue, I diverted into Buenaventura, Colombia, to get fuel and check the weather.

Buenaventura, Colombia, was an interesting place in 1970. It’s still not exactly a tourist trap.

This was an interesting place in 1970. Fuel was no problem, though hand-pumped from a 55 gallon drum through rags into the tank. Weather reports however were another thing. There was no phone to call anyone for a forecast, so I called it a day and headed into town by bus. One thing about that place stands out in my memory, and that is every man I saw was carrying a machete. Many were Indians, I think, but I could not be sure. Definitely a place to be on one’s best behavior. The hotel in town was spartan, with a five-foot long bed, but the dinner was great. South American beef with all the trimmings for about a dollar and a half. Not bad. I had an idea to take a walk after dinner, but was advised by the hotel staff to remain in the hotel and not to go out at night – too dangerous.

Day 4, I was off early for Guayaquil, flying low along the Pacific coast for a few hours, and then turning in overland, over jungle and then plains for a couple of hours and arriving at my destination – finally. I was glad this delivery trip was finally over, and now I hoped to see a bit of Ecuador. But it turned out there was a late-day airline flight to Miami through Bogota, so I felt compelled to try to get on that flight.

This, however, was not going to be easy. The ticket agent at the airport would not sell me a ticket because I had no reservation. The flight had plenty of open seats; it was a Convair 880 as I recall, but I was in a true Catch-22 situation, and the airport people were inflexible. Some phone calls later, I did get that ticket to Miami, paying in cash.

While waiting for the flight out, I noticed out on the edge of the ramp, in the weeds, a Junkers Ju-52. I wandered out there to look at it, something you could do back then when we were free to move about on airports, and was surprised to find it unlocked. I went inside and, while a bit dusty and worn, it was quite interesting, especially the cockpit. Someone told me it had arrived from Germany after WW2 and had been sitting there idle for many years. I’m sure that aircraft had quite a history and interesting stories in the logs.

I arrived in Miami late that evening, and made my way home, feeling as if I had been gone for weeks. So, the flight was over and I had another 30 hours in my logbook and a few dollars for my efforts. But in thinking about it now, it’s unlikely a flight like that will ever take place again, conducted in such a rudimentary way. Thank goodness for present day GPS! However did we fly without it?

General aviation in Europe is both inspiring and frightening